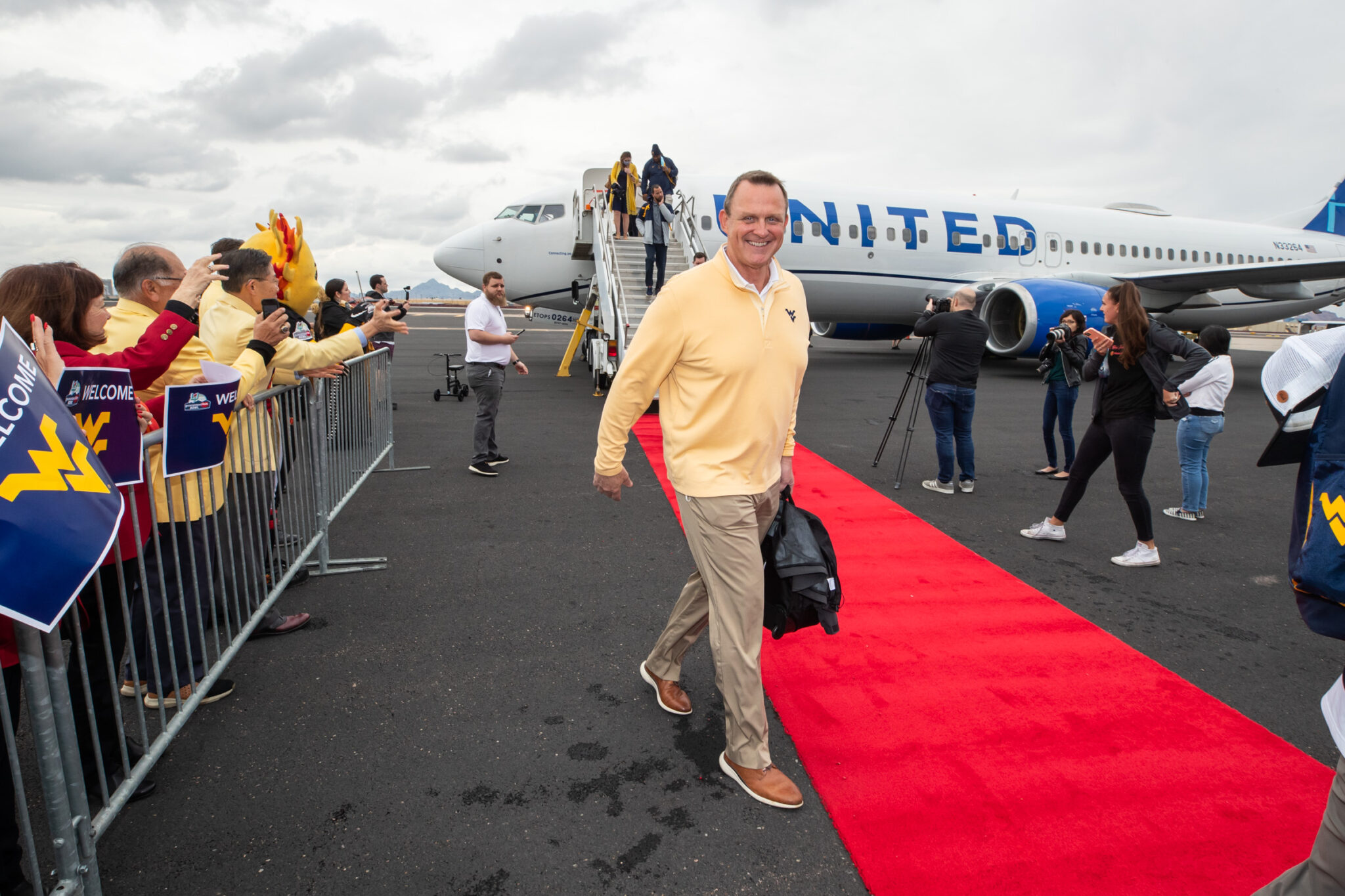 MORGANTOWN, W.Va. — With two losing seasons in three years, the West Virginia University football program has fallen short of expectations both within the program and outside of it. A loss to Minnesota in the Guaranteed Rate Bowl left the Mountaineers with a 17-18 record under head coach Neal Brown.

Long-term metrics around the team, particularly in recruiting, appear to be positive. However to this point, results on the field have been underwhelming.

“Overall, I can say I was disappointed. I was expecting us to play a lot better, especially on the offensive side of the ball than we did,” said WVU Director of Athletics Shane Lyons on MetroNews Talkline. “But overall, not only myself I was disappointed but the coaching staff and Coach Brown and the fans wanted more wins as well. I am glad we made it to a bowl game. But at the same time, we finished with a losing record after losing the game in Phoenix. So our job is to get better. That’s what we are trying to do.

“I knew there was a lot of work to be done. A lot of times, Mountaineer Nation doesn’t get to see the sausage being made. I get to be involved in it every day and I can see how the program is continuing to be built. It is a process. It is not an overnight process by any means. I go back to saying, I have complete confidence in Neal, I absolutely do.”

In 2019, Brown inherited a roster that was deficient at a number of positions and short on scholarship players. The Mountaineers went 5-7 that season. In the COVID-affected 2020 season, WVU went 6-4. After a 2-4 start this past fall, West Virginia finished with a 6-7 mark.

“Everyone wants to use the timeline of three years. Sometimes that works and sometimes it doesn’t. I know patience is not a virtue everybody likes. I say to stay patient as we continue to build this. But at the same time, it is a process. There’s very few programs you can look at and say this is what that coach has done in three years and now the timeline to continue to have them as your coach or fire them. In this case, it is a matter of our program is on the right track. It is just not as fast as we would like it to be.”

What are @WVUADLyons thoughts regarding last football season? He also talks about what the future holds for @WVUFootball. He provides context to everything football related with @HoppyKercheval. WATCH: https://t.co/yCFQ3nDJuy pic.twitter.com/Rnilg7hdaM

“Jointly we talked about the offensive side of the ball and that there needed to be major improvement. That was something we felt was not working and a new voice was needed. It was those discussions with [Brown] and I that we ultimately came to saying — How do we improve the offensive side of the ball? Give him the ability to be more of a CEO as a head coach as opposed to multitask with a bunch of different things.”

Unlike many of their Big 12 Conference rivals, West Virginia will continue to play a pair of ‘Power 5’ non-conference opponents through the 2024 season. That model will shift in 2025.

“Looking back, having two ‘Power 5’s’ in addition to the nine conference games, we got very heavy on that side. Once you have the contract in place, our schedule right now is out to 2030 — nine years out. Some of this was done even before my arrival. Our philosophy is changing some to say we are going to focus on the nine conference games and an additional ‘Power 5’. The other two games remaining would be an FCS institution and a ‘Group of 5’ institution.”