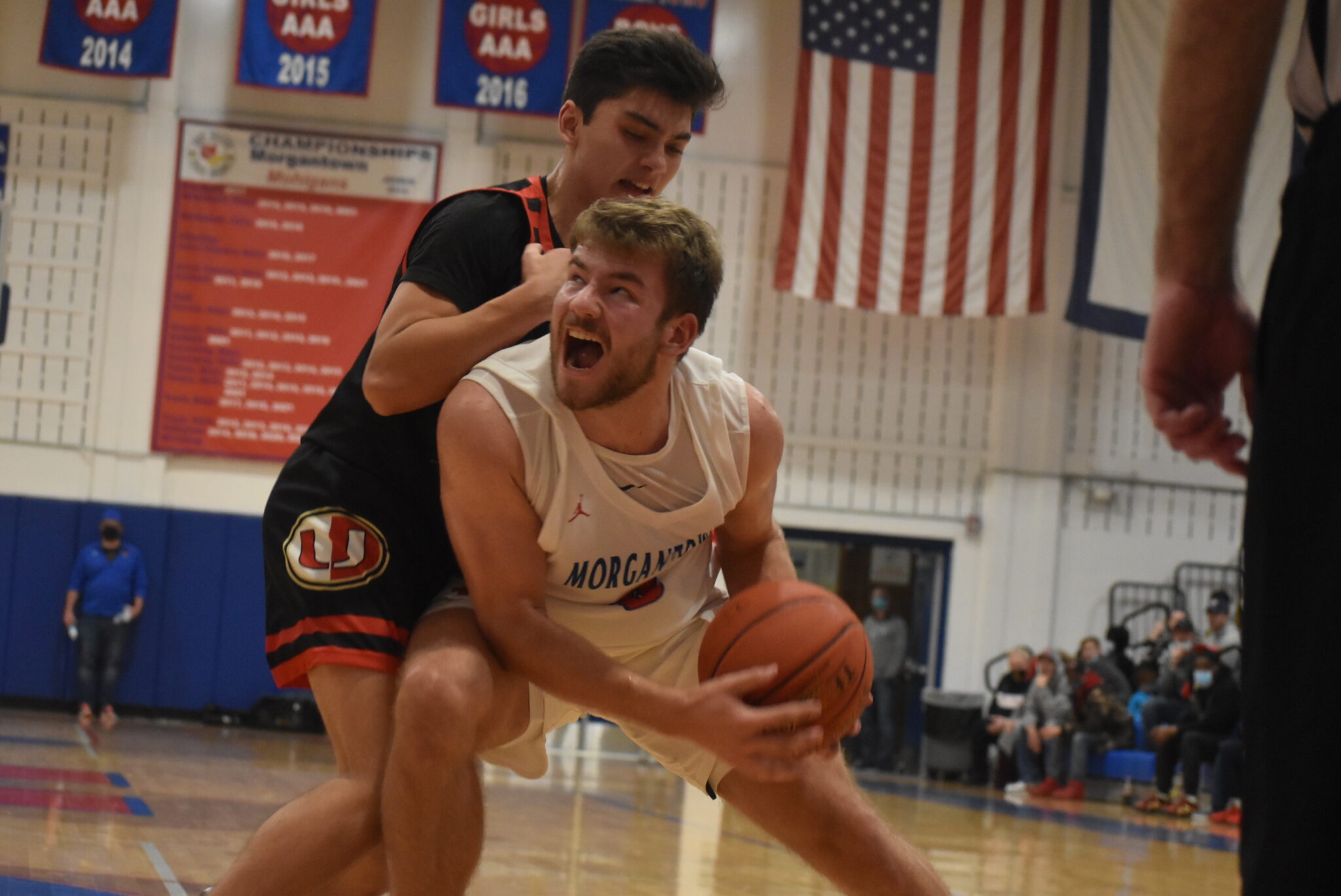 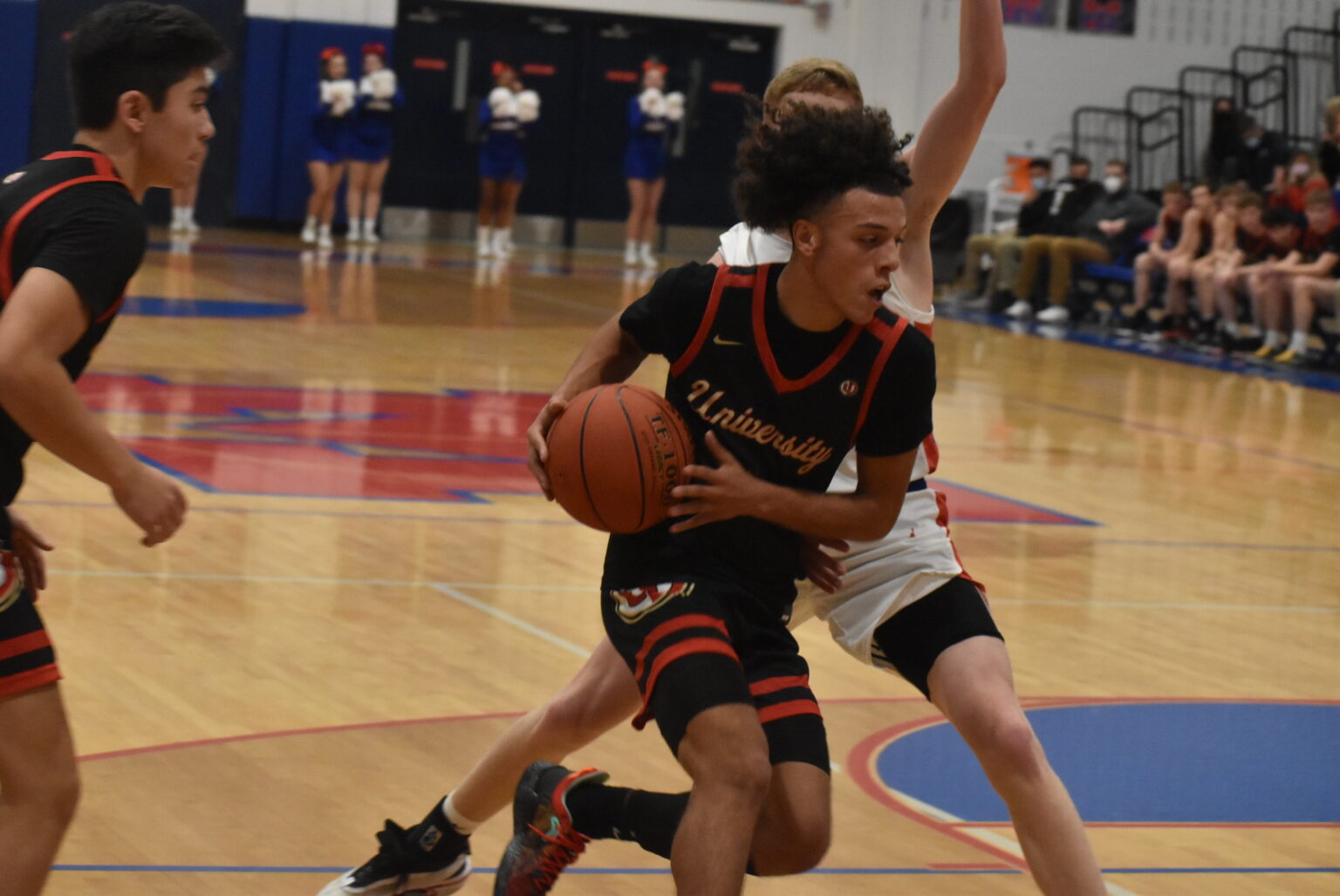 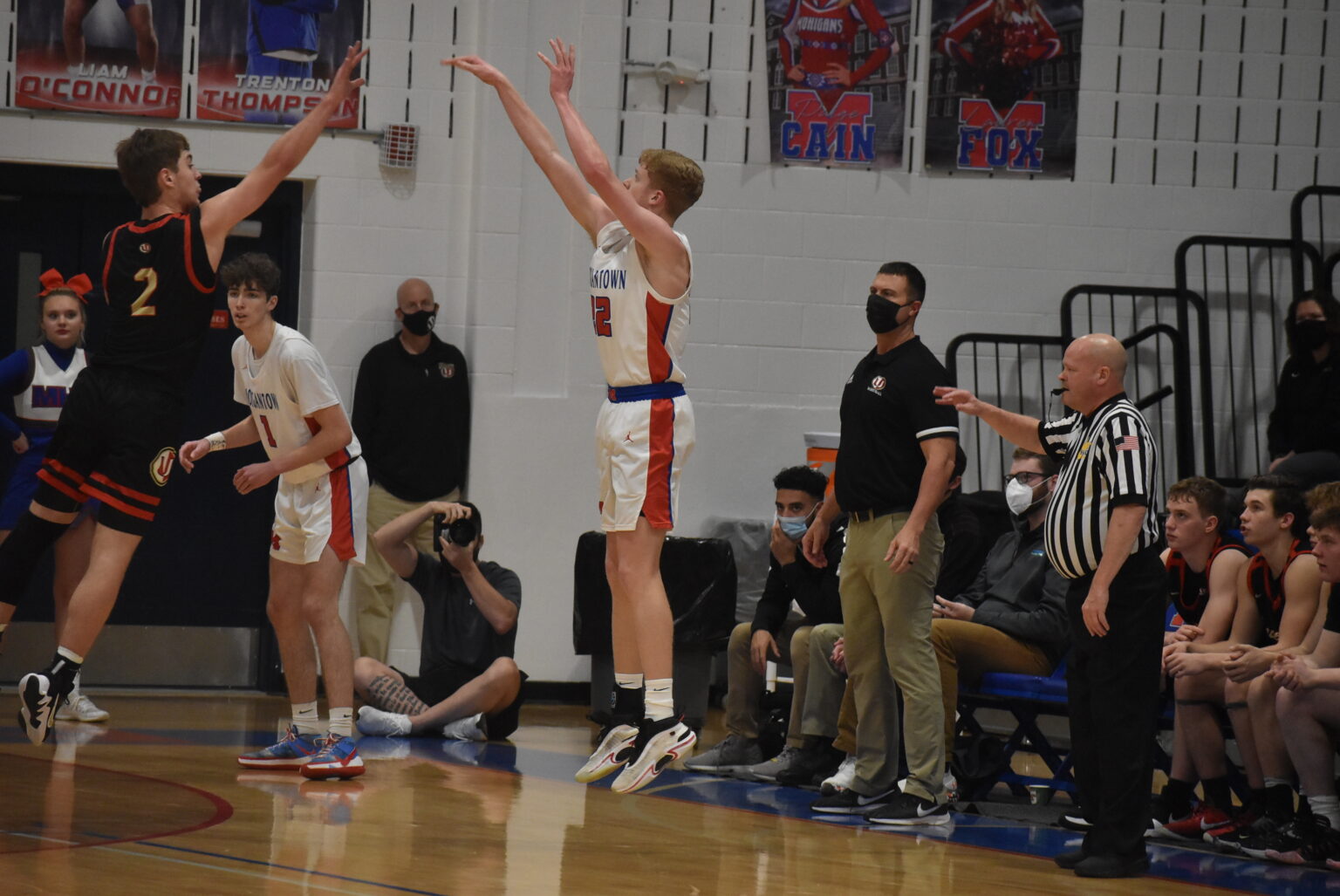 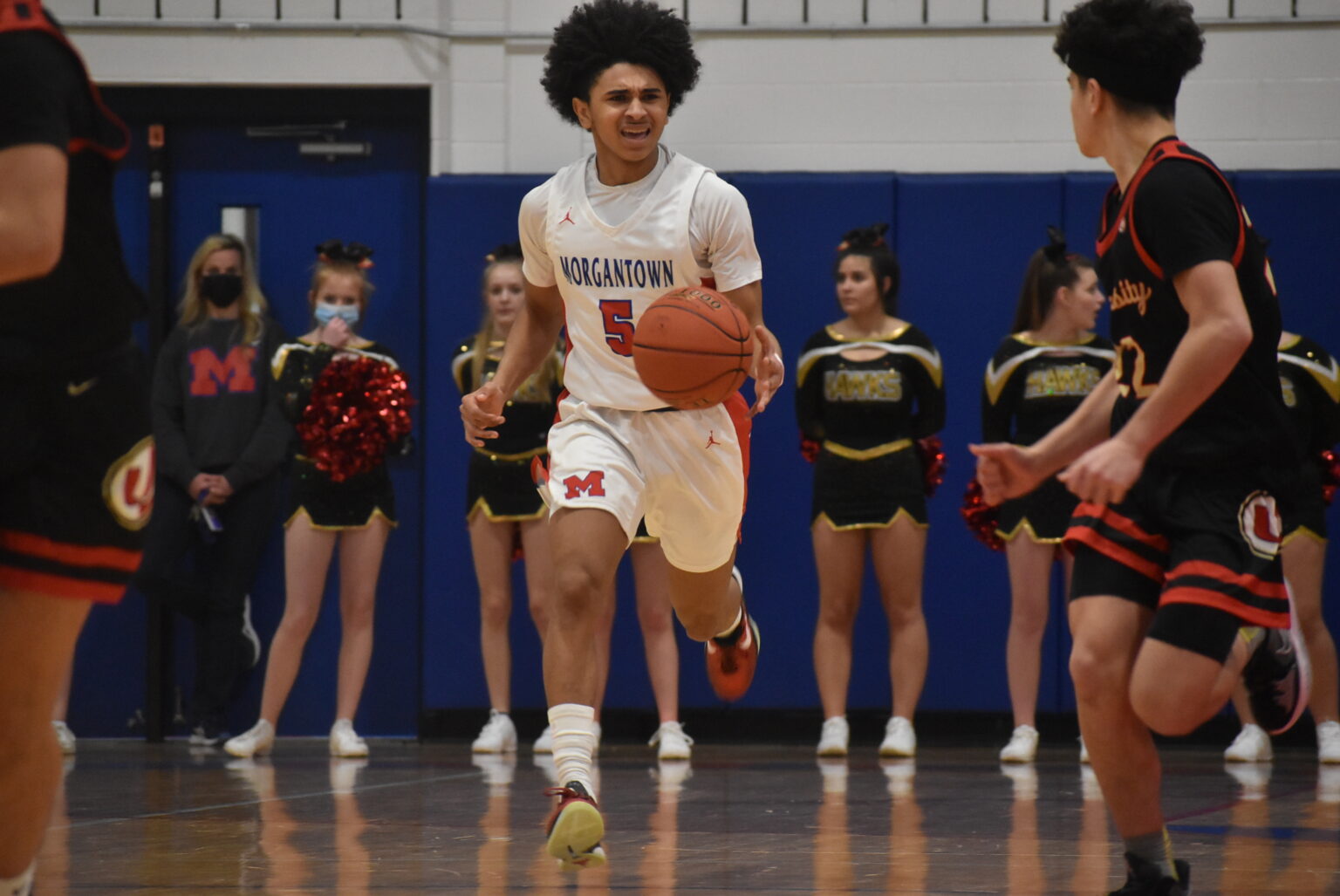 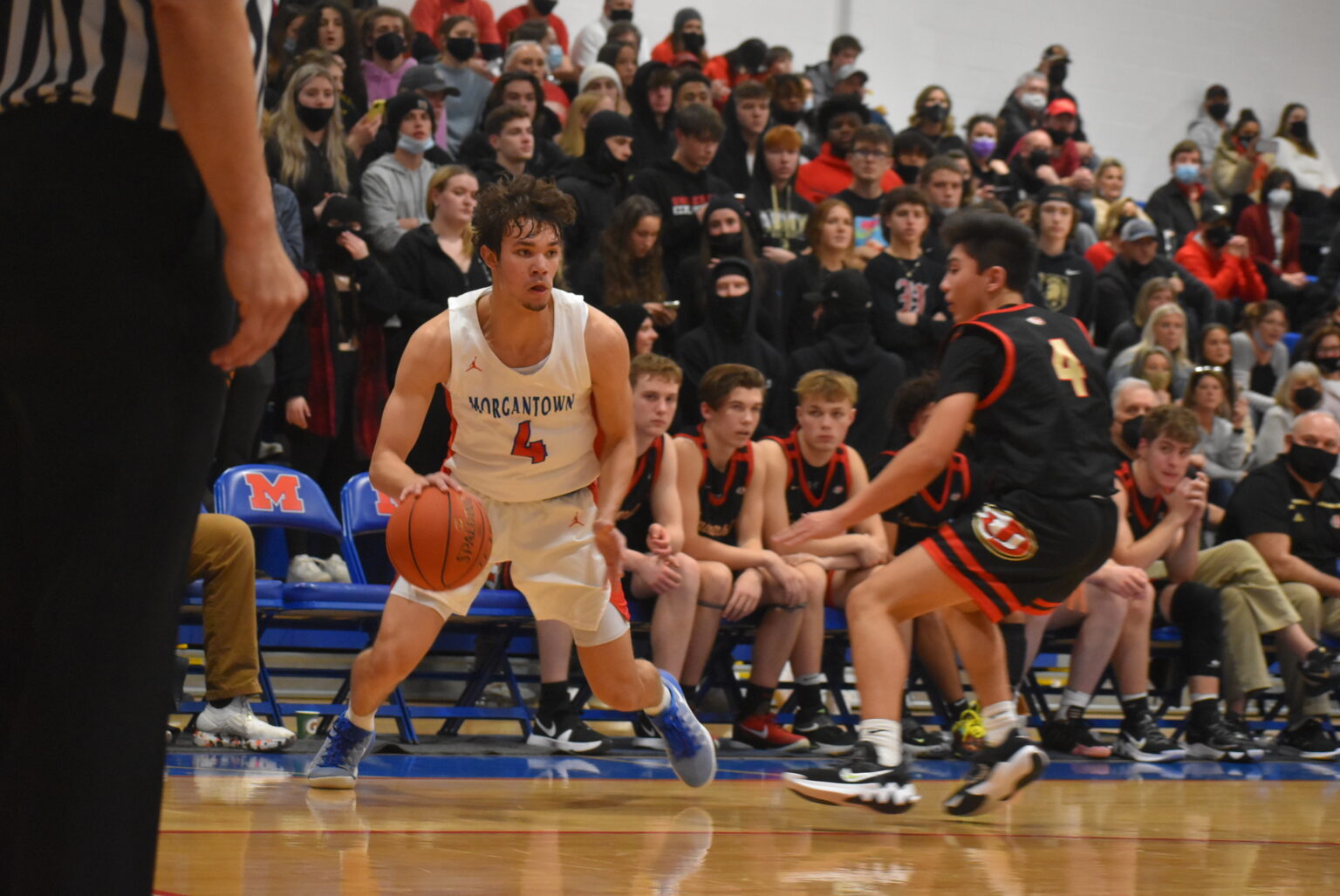 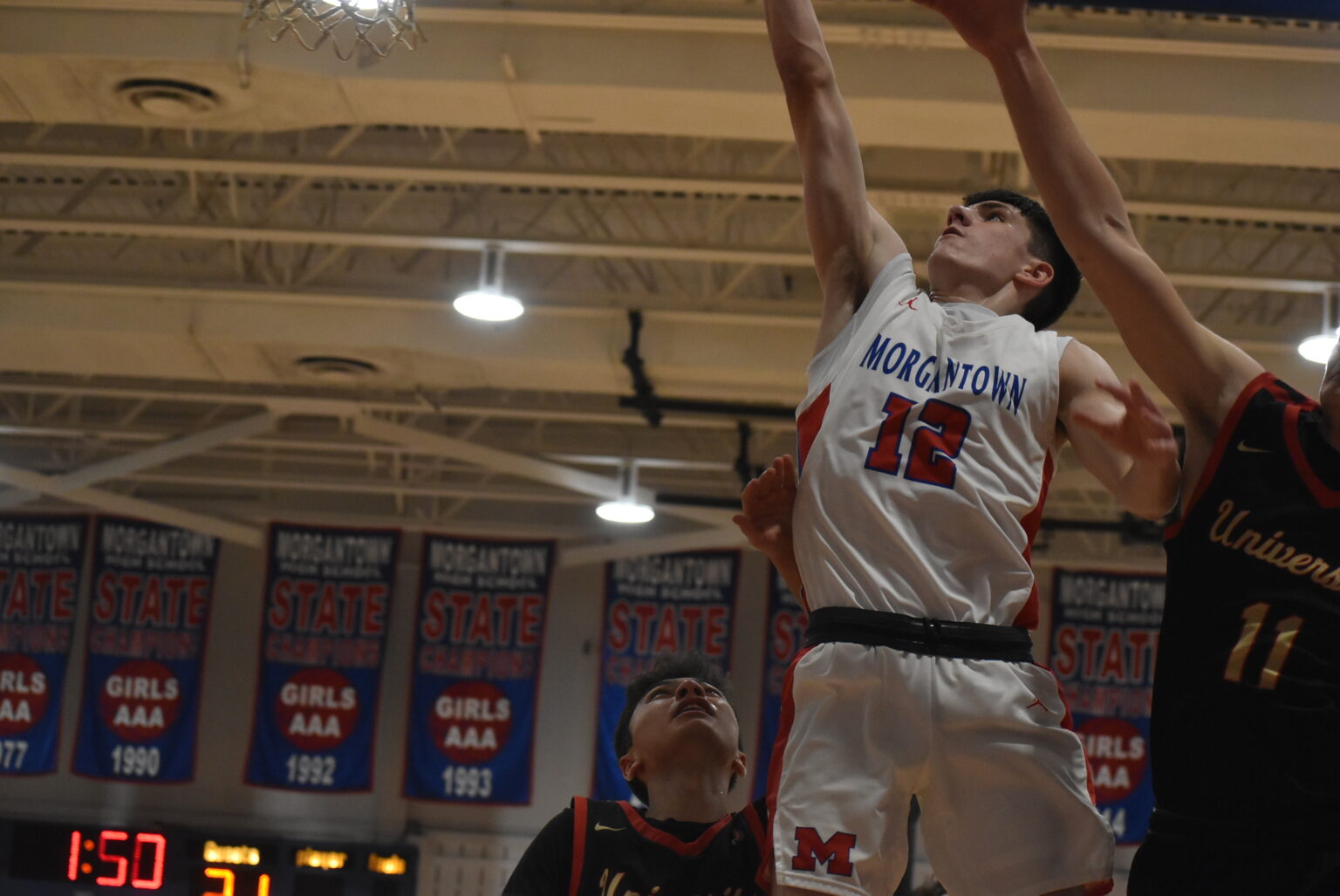 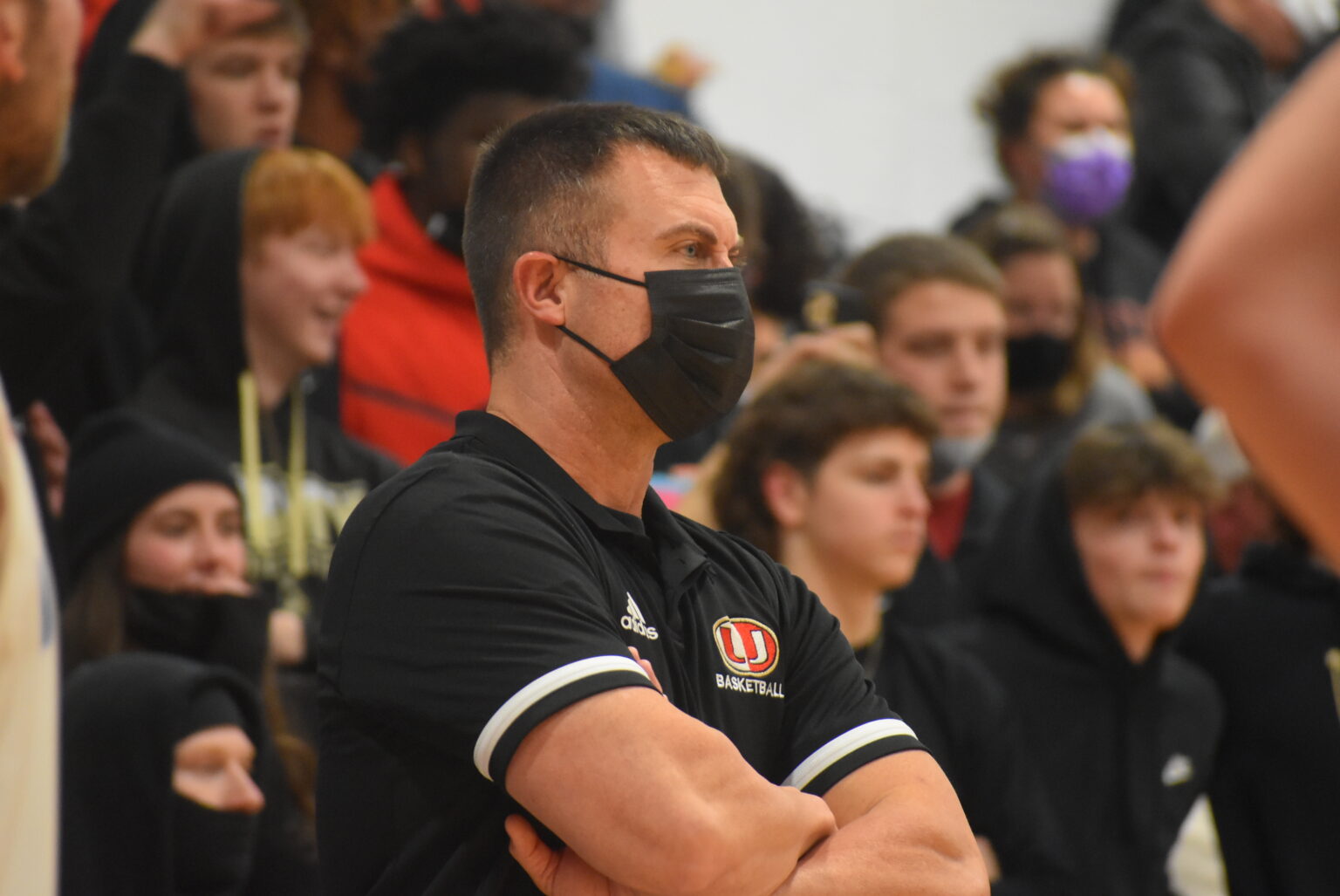 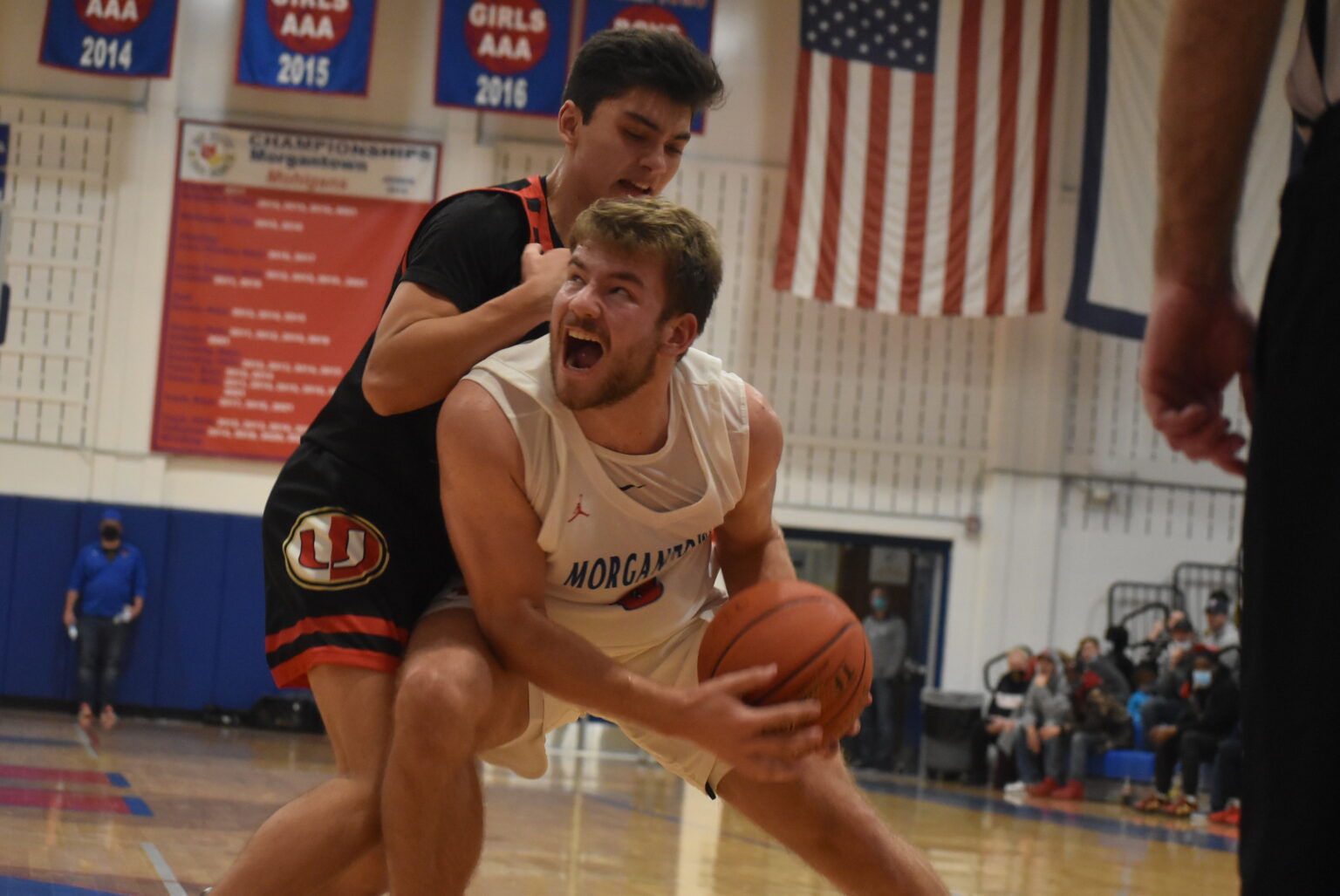 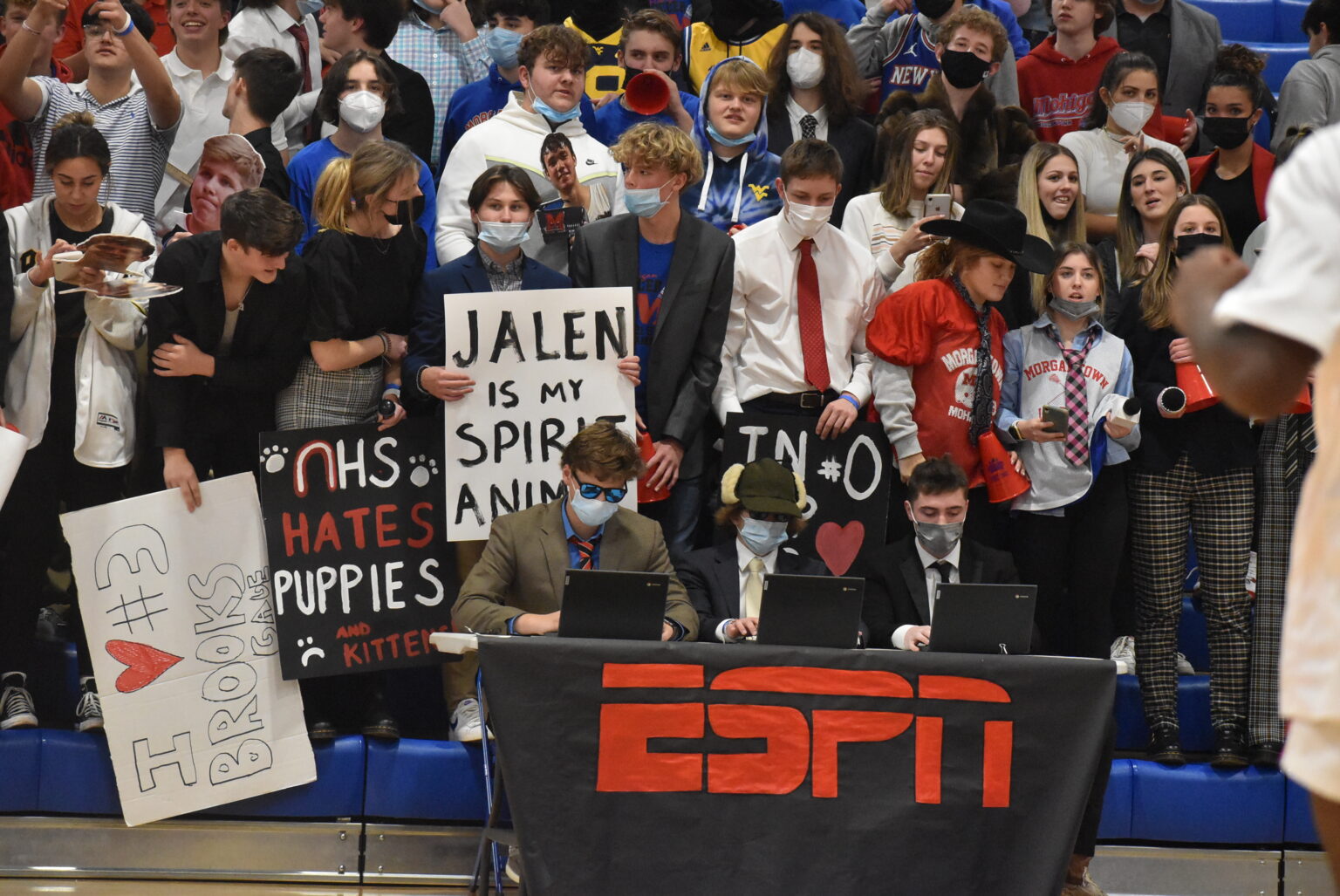 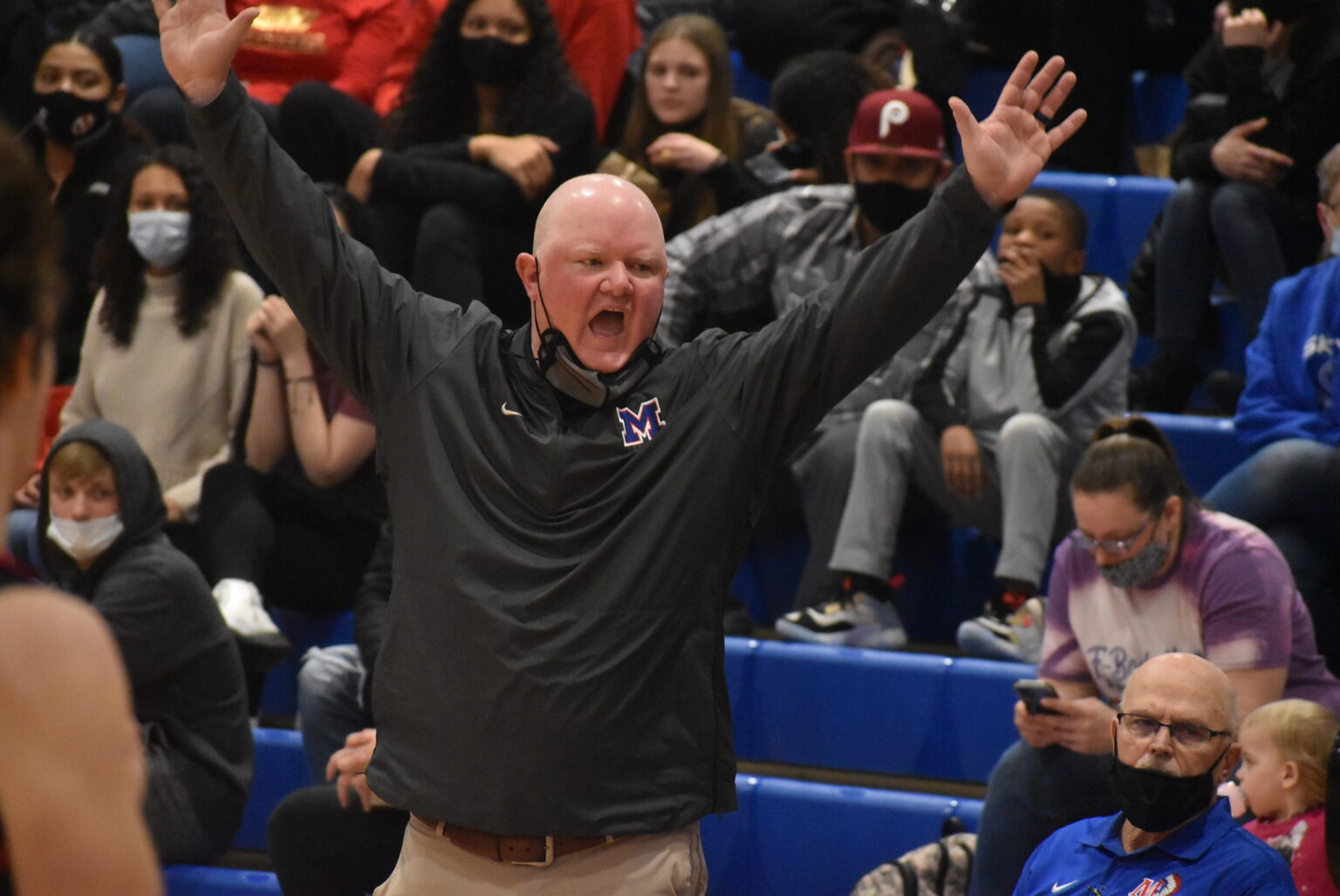 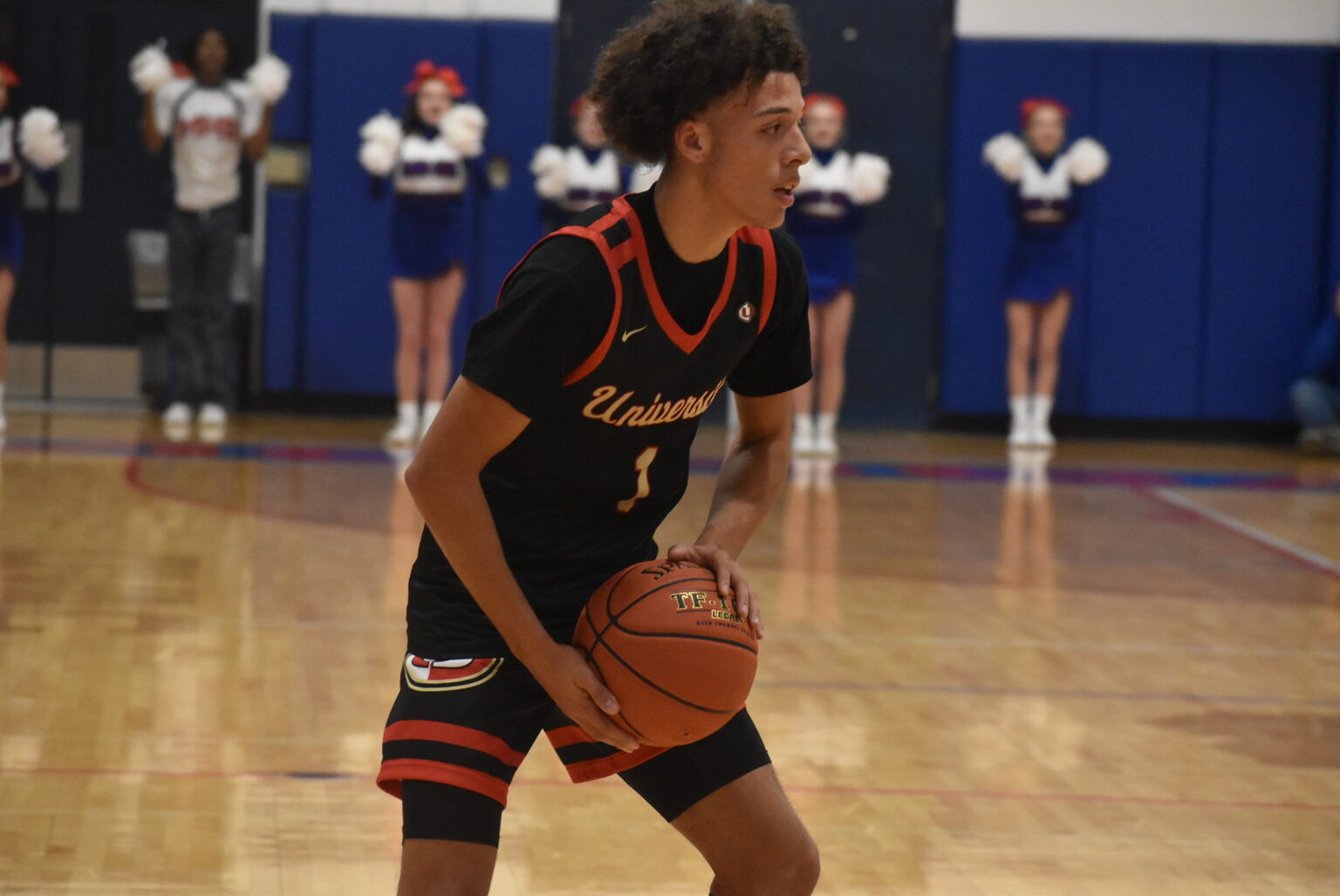 The Mohigans won their third straight game over the Hawks, with the average margin of victory 17 points.

Morgantown’s defense stepped up Friday, despite the Mohigans having not played since the 2021 calendar year. UHS’ 45 points were a new season-low, and the first time this season, the Hawks have scored under 50 points.

“I thought we started well,” said eighth-year Mohigans head coach Dave Tallman. “I thought we played hard. We weathered our storm early, which you know you will get in a rivalry game. We had not played since last month.”

Morgantown led 45-24 at the break thanks to a barrage of 3-pointers from senior Brooks Gage and junior Brody Davis. The two combined for seven threes through two quarters.

UHS went into a 2-3 zone after halftime and things slowed down.

Tallman was not pleased with his team’s effort coming out of halftime.

University’s zone was thriving, only allowing nine Morgantown points in the third quarter.

“We missed shots,” Tallman said. “We hit shots in the first half, but we did not do that in the second half. It does not scare me with the shooters on this team and the zones we will face. It does not worry my guys. We will be ready for it. We did not hit shots tonight.”

Morgantown’s defense stepped up against the Hawks’ 6-foot-6 forward Aaron Forbes. Forbes fell below his season average, only recording six points, which all came in the second half.

“I thought we did a good job getting two guys on him on the touch,” Tallman stated. “He is a great player. Forbes is a force inside. We do not have a true post player, but he is a true big. He is a great kid and player. We have all the respect for him.”

Davis led the way for Morgantown with 17 points by netting five triples, all of which came in the first half.

Sophomore guard Sha’Ron Young hardly saw the floor in the first half due to two fouls. Gage grabbed the reins and finished the first half with 10 of his 16 points.

“Brooks is one of the greatest kids I have coached,” Tallman said. “Him, [Alec Poland],  Jalen [Goins], and the rest of this senior group is a great group to deal with every day. When they play with a little dog in them, they are going to be tough.”

The MHS starting five combined for 61 of the team’s 73 points.