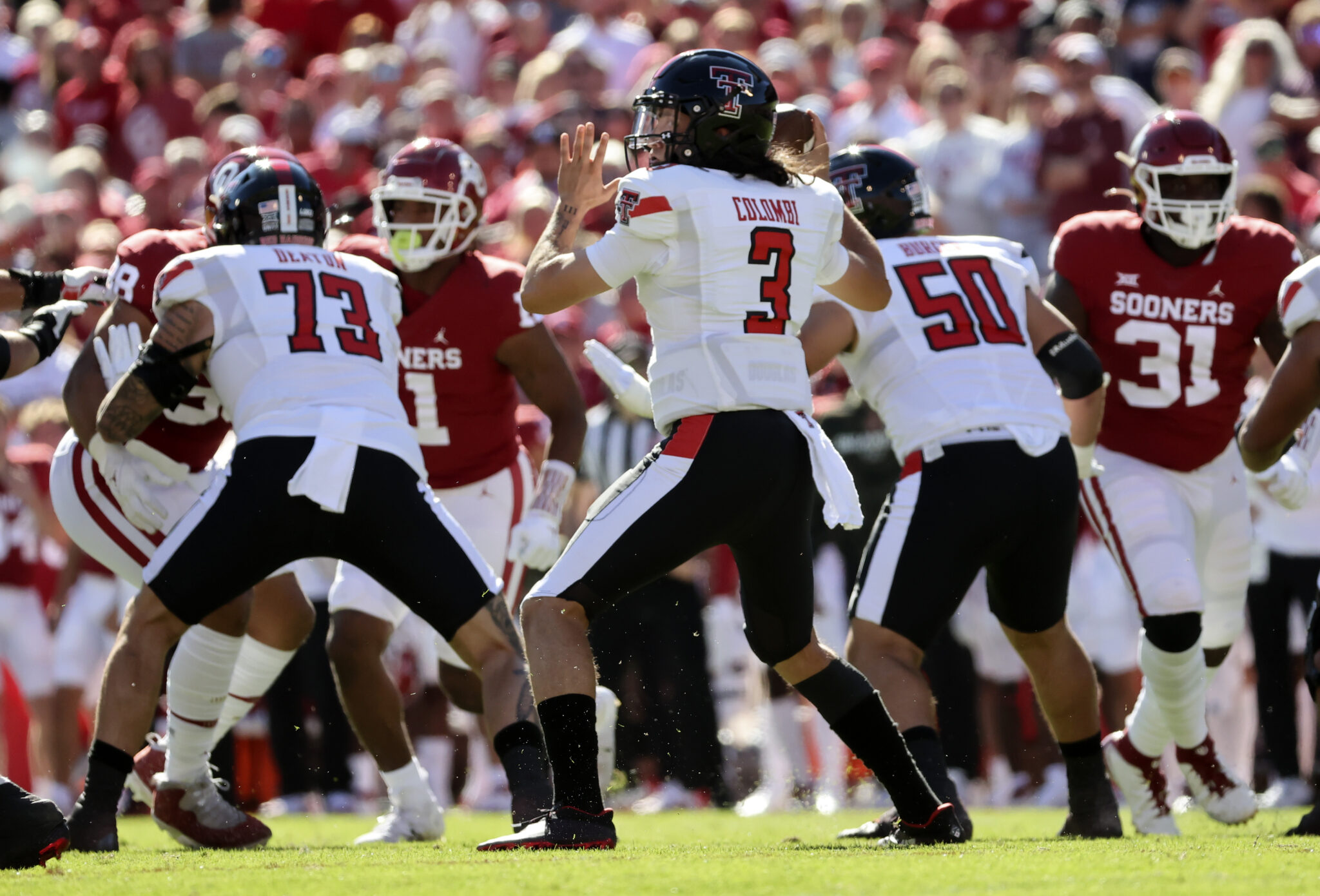 Colombi played in 13 games over two seasons as a backup for the Red Raiders. He completed 65 percent of his throws and passed for 2,356 yards with 13 touchdowns and nine interceptions. Colombi was 2-0 as a starter against West Virginia.

Prior to arriving in Lubbock, Colombi appeared in eleven games at Utah State in 2018 and 2019.