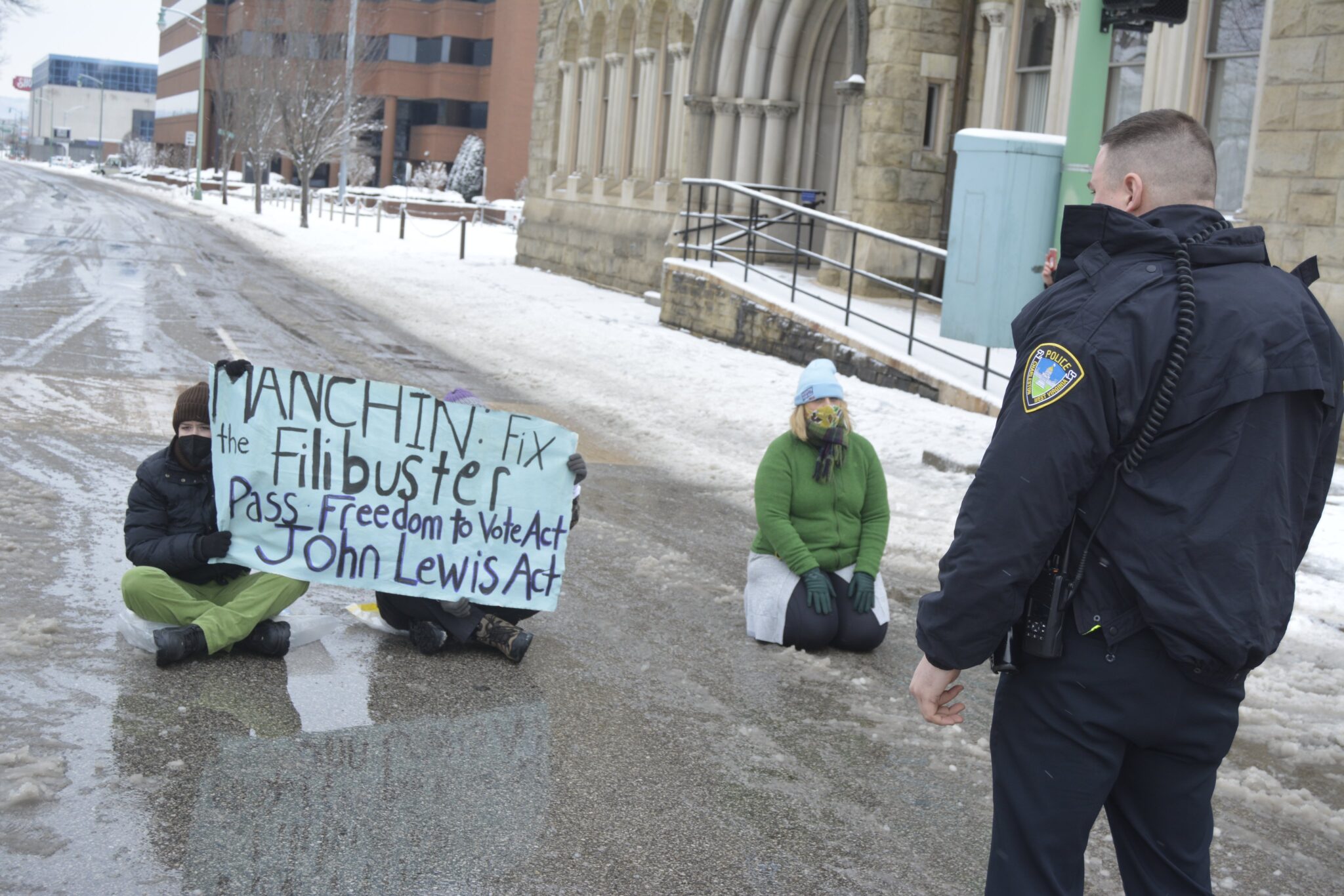 Protesters sat down on Kanawha Blvd. on Monday to urge US Senator Joe Manchin to "fix the filibuster." (Photo by Joe Solomon)

CHARLESTON, W.Va. — Several protesters were cited by Charleston Police on Monday after blocking a portion of Kanawha Boulevard in Charleston while asking U.S. Senator Joe Manchin (D-W.Va.) and others to support various federal legislation.

The around a dozen protesters, which gathered at the intersection of Court Street and Kanawha Boulevard close to Charleston City Hall, refused to leave the roadway. Some protesters sat down on the road.

A news release stated the protesters gathered to urge Manchin to pass the John Lewis Voting Rights Act and “fix the filibuster.”

On MLK Jr. Day, over a dozen West Virginians took to Dr. Martin Luther King Jr. Way and Kanawha Blvd in WV’s capitol city, calling on @Sen_JoeManchin to protect democracy and voter rights. Many were arrested. Courage for us all.

“At approximately 1:00pm today Charleston Police Officers responded to the intersection of Court Street and Kanawha Blvd. to address a group of protestors sitting in the roadway.  Community Policing’s Hybrid Commander, Lt. Dave Payne and members of Patrol Division’s Charlie Shift communicated with the protestors and explained how they were violating laws/ordinances.  After multiple warnings arrests were made.  Nine (9) arrestees were taken into custody without incident and brought into the Booking Division for processing and to give all parties a much needed warm up.  All were arraigned through Charleston Municipal Court and released.”