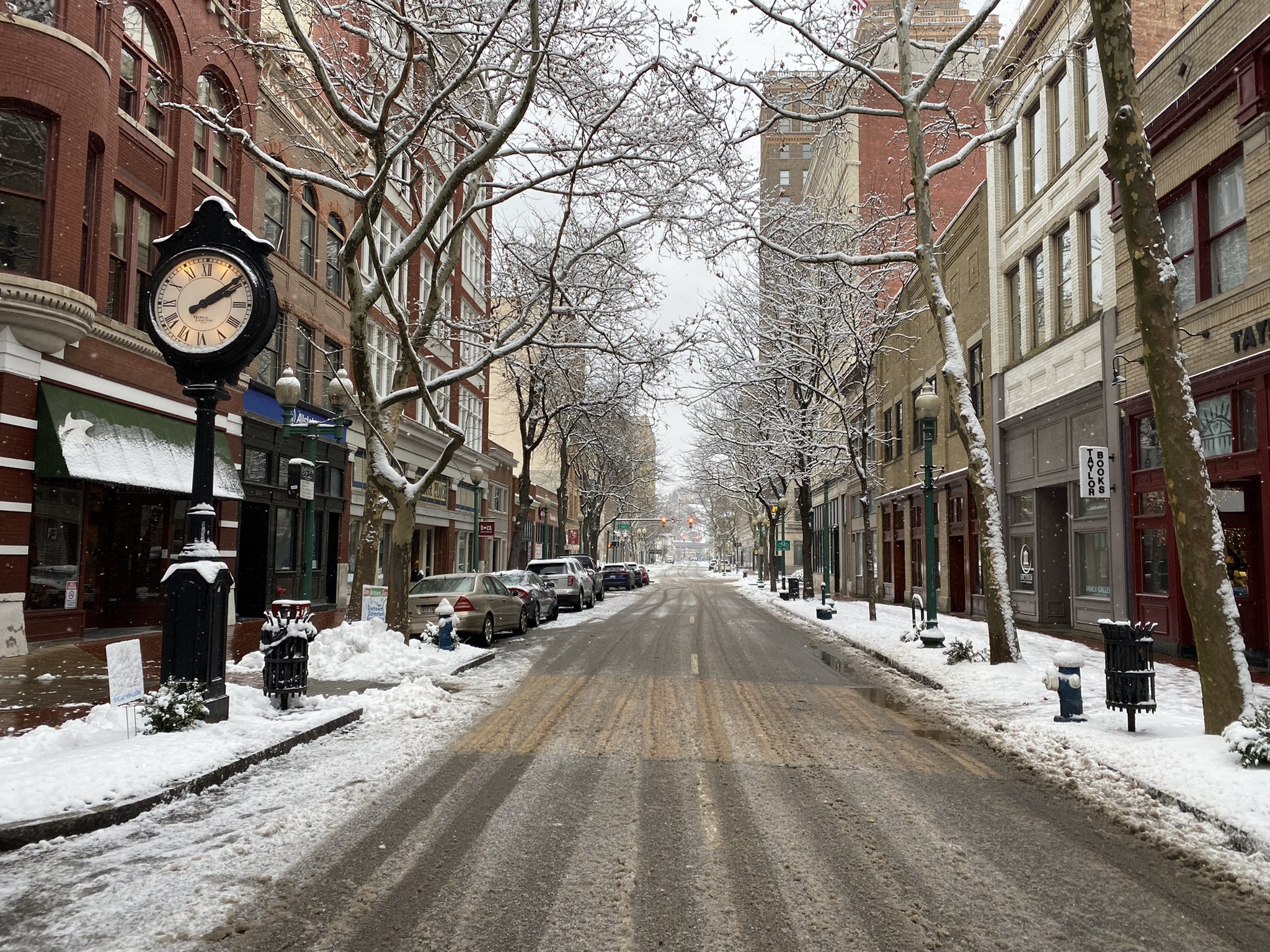 Meteorologists with the National Weather Service said warm air in advance of the storm and isolated snow bands created the variation.

Snowfall totals from the main storm, not counting the northwest flow snow today. These are from the reports that were submitted to us, and used in conjunction with the National Remote Sensing Center’ snow analysis map. Some amounts may not represent what you received. pic.twitter.com/DFFYsoaXkT

The weather service said the Morgantown area picked up 4 inches of snow while a section of Marion County measured 5.5 inches.

Weirton had 9 inches of snow while Wheeling, 30 miles down the Ohio River had 7.

There were 10.5 inches in Parkersburg, 8.5 in Ripley, 7.5 in Huntington and generally 6 inches in Charleston, Bluefield and Lewisburg.

Eastern mountain counties also had a range of accumulation. There was 8.8 inches in Canaan Valley in Tucker County while the Snowshoe Resort in Pocahontas County reported 14 inches of snow by late Monday afternoon.

Using the reports that you’ve sent us, here’s a map showing how much snow fell yesterday evening into early this afternoon.

Due to the advancing warm air yesterday, dry air, and convective snow bands, not everyone (even in the same county) experienced the same amount. pic.twitter.com/7DWWYhnE9k

January has already produced nearly 20 inches of snow in some areas that haven’t gotten than much in several years.