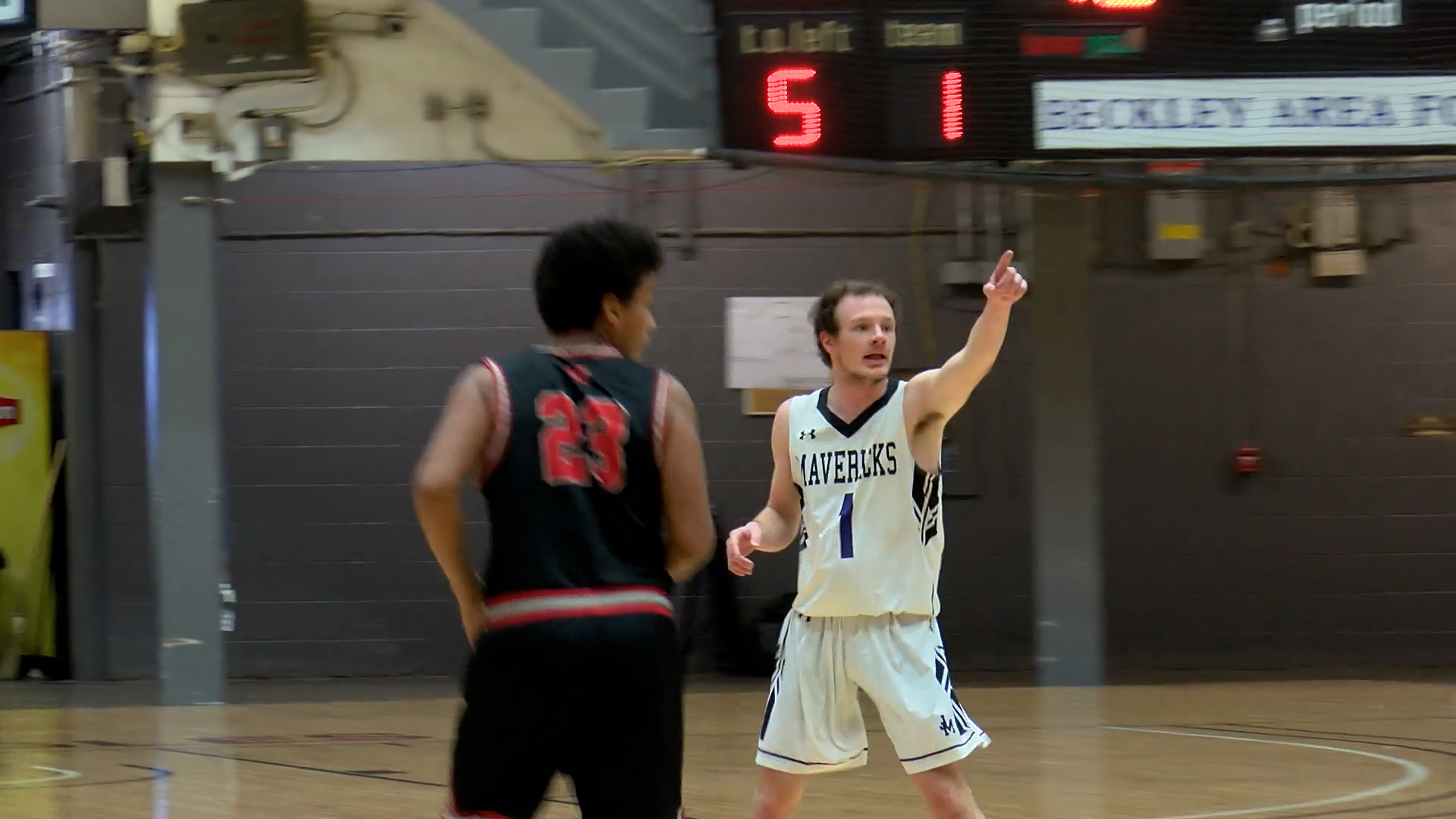 MORGANTOWN, W.Va. — At the midway point of the regular season, the Mavericks of James Monroe have firmly established themselves as one of the top Class A boys basketball teams in West Virginia. Matt Sauvage’s club has just one blemish on their record, with that loss coming to the top-rated team in Greater Beckley Christian. In a recent four-day span, the Mavericks defeated Region III rivals Webster County and Greenbrier West by a combined 39 points. Both of those teams could stand in their way of a trip to the state tournament in Charleston.

“It is always good against regional opponents to get in there and get some wins early on. Most of all, we are finally getting our team back healthy again. It was good to get the boys up there together and seeing them create that,” Sauvage said. “To get those two wins was good for the team and confidence going forward.”

A pair of Mavericks are averaging over 20 points per game in the first half of the season. Senior guard Shad Sauvage and junior forward Eli Allen form a formidable backcourt-frontcourt combo and they account for over half of the team’s scoring.

“They are almost the perfect combo for you if you are looking for an up-and-down game. Eli is a slasher and he is going to get to the hole. If you are going to play him one-on-one, he can get to the hole just about any time he wants. He is going to draw a lot of help, which helps Shad out. Shad is more of the perimeter shooter. If his guy draws off to help on Eli, that leaves Shad open. They play off each other and it has worked out really well so far.”

Senior Cam Thomas provides needed frontcourt help for the Mavericks. He is averaging over 12 points and eight rebounds per contest.

“We are smaller this year. With having his presence in there, he is playing a few more minutes for us. Since he has come back from his injury, he is averaging a double-double. We are going to need that continuing on.”

James Monroe led Class A in scoring a year ago, averaging 77.6 points per game and they are just a shade off those numbers this winter. When at full strength, Sauvage says he always wants to see his team push the pace and get out in transition as much as possible.

Despite going 17-2 last winter and earning a No. 1 seed in their sectional, the Mavericks were edged out of a state tournament spot in the regional round. Sauvage and his returners have not forgotten the dissappointment.

“I am not going to say the boys and the coaches ever really got over it. They used it as motivation. This offseason has probably been the best we have had.