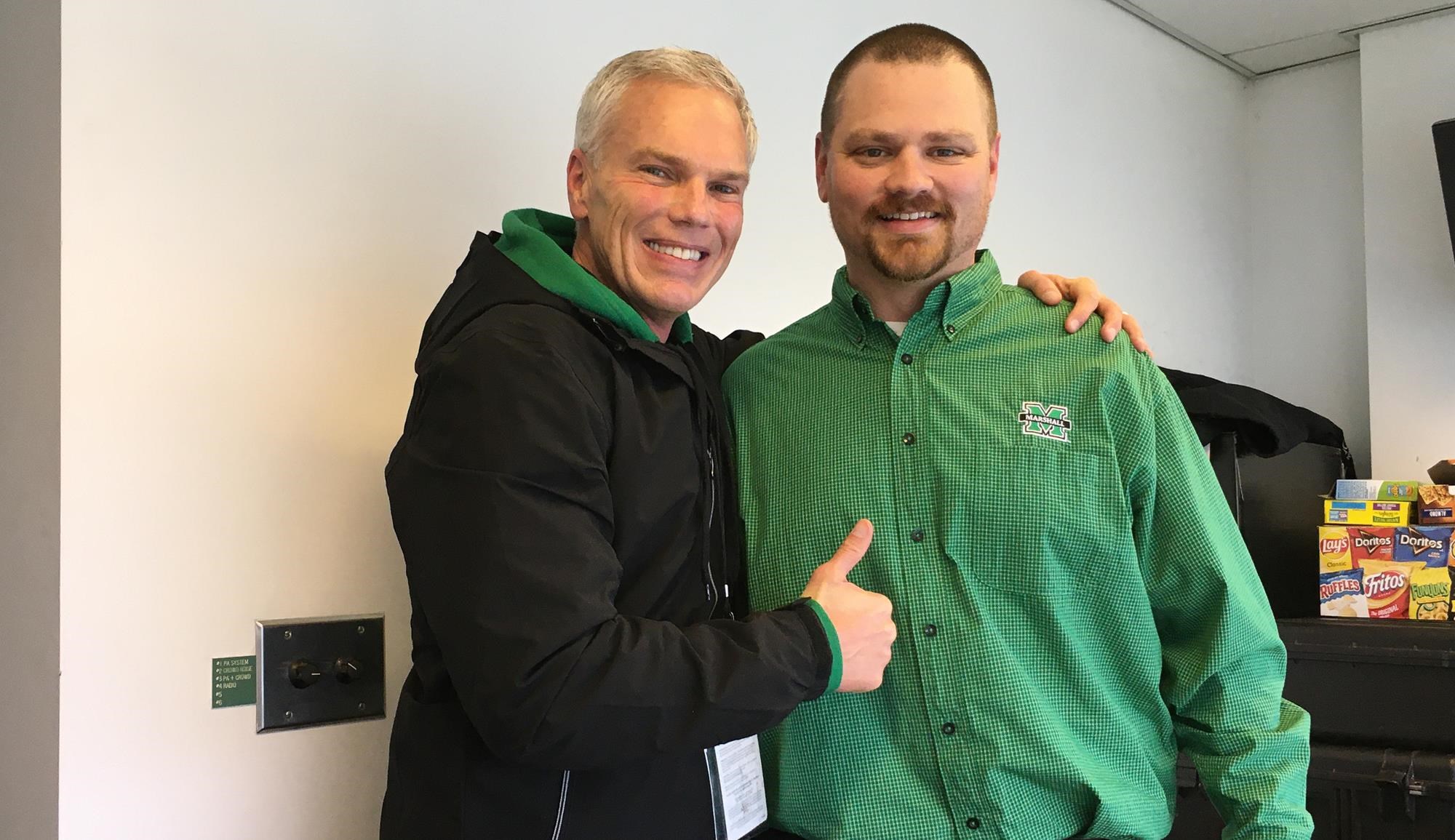 A familiar voice for fans of athletics across the Mountain State has been honored as the 2021 West Virginia Sportscaster of the Year.

Dave Wilson, a daily talk show host for WAJR and part of the Thundering Herd Sports Network from Learfield radio team, was chosen for the honor Tuesday by the National Sports Media Association.

Wilson is a first-time recipient of the NSMA award. He hosts “The Talk of the Town,” a daily talk show that can be heard on 104.5 FM and 1440 AM in Morgantown. Wilson also calls football games for Morgantown High School and serves on broadcast teams for MetroNews’ coverage of high school championships in football, basketball and baseball.

At Marshall, Wilson is a host, producer and play-by-play announcer. He called football games for streaming broadcasts on ESPN+ that were produced by HerdVision, a digital network from Marshall’s athletic department.

In addition to Wilson’s honor, HD Media sportswriter and Herald-Dispatch sports editor Grant Traylor was chosen the 2021 West Virginia Sportswriter of the Year.

The NSMA awards began in 1959, and the first West Virginia winners were Jack Fleming, then at WAJR in Morgantown, and Dick Hudson, a longtime sports editor at the Charleston Daily Mail.

Wilson and Traylor will be honored in June at the NSMA’s annual banquet in Winston-Salem, North Carolina.