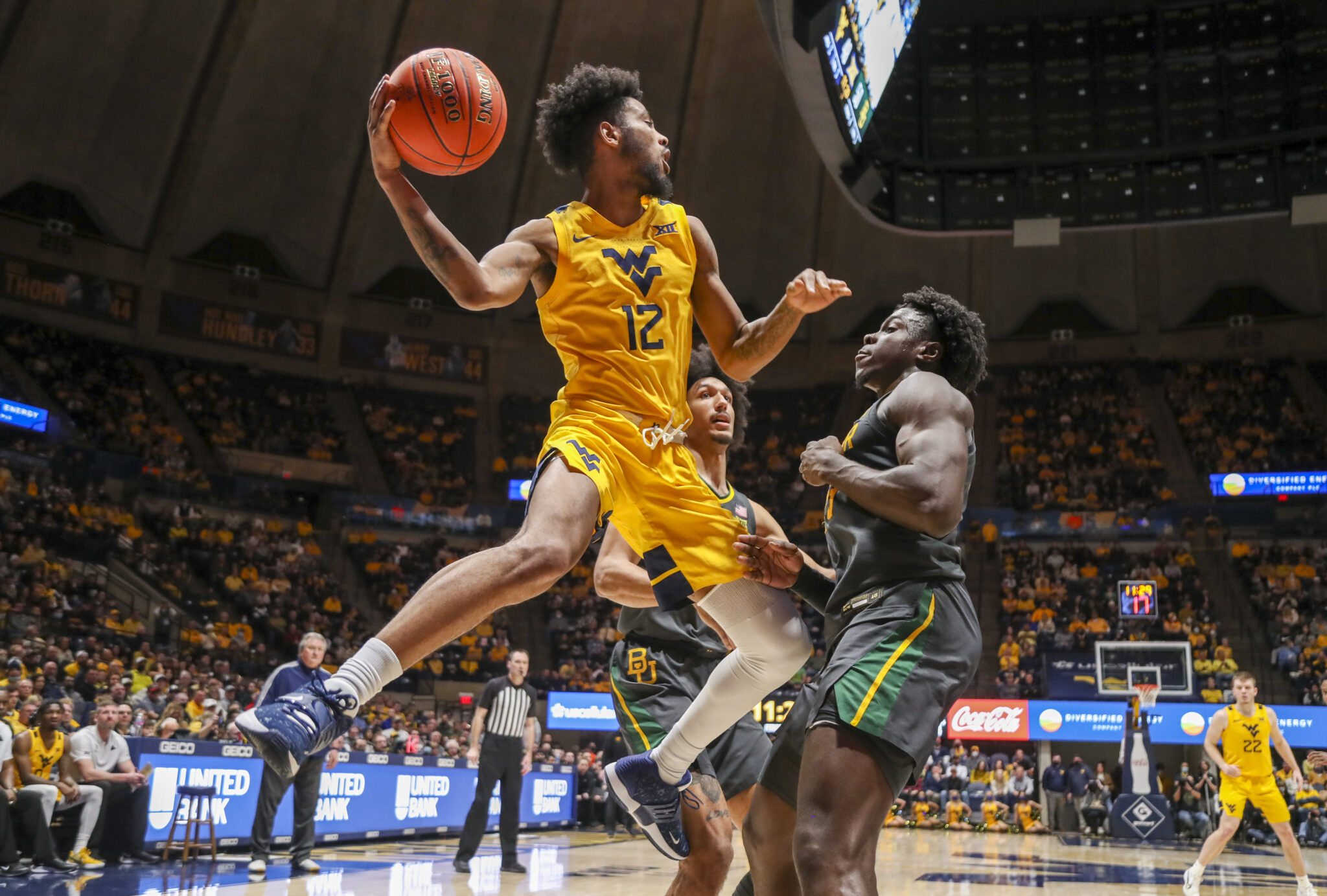 West Virginia Mountaineers guard Taz Sherman (12) saves a ball from going out of bounds during the second half against the Baylor Bears at WVU Coliseum. Mandatory Credit: Ben Queen-USA TODAY Sports

When former Texas Tech men’s basketball coach Chris Beard left for the same position at Texas last spring, the Red Raiders were left looking for a new voice to lead a program that won at least 18 games in each of Beard’s five seasons, qualified for the Elite Eight twice and was one play away from being the 2019 national champion.

They didn’t have to look far for Beard’s replacement, with the Red Raiders opting to promote associate head coach Mark Adams, who served as Beard’s assistant for one season at Little Rock before joining him in Lubbock, Texas.

Adams’ first season guiding the Red Raiders has produced positive results to this point, and No. 18 Texas Tech is in the thick of the Big 12 Conference regular-season race entering Saturday’s noon matchup against West Virginia at United Supermarkets Arena.

“He’s been a top level junior college coach that’s kind of used to going out and bringing guys in that have no experience in his system and the way he does things,” WVU head coach Bob Huggins said. “He’s able to coach those guys very well. He’s sent a bunch of guys to high major schools from junior college, which means he’s done a terrific job with them. With this new age of doing things, he’s probably better prepared than virtually anybody.”

The Red Raiders (14-4, 4-2) are tied with Baylor for second place, a half game back of Kansas in the conference standings ahead of their first matchup with the Mountaineers.

Texas Tech went 1-2 against its top non-league opponents, falling to Providence and Gonzaga and knocking off Tennessee. Since Big 12 play began, the Red Raiders have two of the better wins of any team this season, defeating Kansas at home and winning at Baylor. Tech has split its four other league games, going 1-1 against Iowa State, defeating Oklahoma State and losing at Kansas State.

Much like they did under Beard, the Red Raiders continue to thrive defensively and enter the matchup against the Mountaineers (13-4, 2-3) yielding 58.7 points per game — the 10th best mark nationally.

“They have great size,” Huggins said. “They don’t have any really small guys. They have great length and terrific athleticism. Mark does a terrific job of going out and getting guys, and you don’t have to go out anymore with the [transfer] portal, but he’s used to bringing the kind of guys in that he thinks fits their system.”

The Red Raiders have six players averaging at least 8.6 points, four of which are transfers playing their first season in Lubbock.

Six-foot-8 forward Bryson Williams, who previously played at Fresno State and UTEP, paces the squad with a 12.6 scoring average. Two players with plenty of experience in the Red Raiders’ program — 6-6 swingmen Kevin McCullar and Terrence Shannon Jr. — follow at 11.9 and 11.5 points, respectively. Shannon has played in only eight games due to a knee injury, but returned to action last Saturday at Kansas State and played Tuesday in a win over the Cyclones.

“My understanding is he got hurt and took awhile to physically get back to where he was,” Huggins said. “When that happens, it takes a little while to kind of get used to things again. He’s a terrific talent and probably one of the top guys that’s ever been recruited at the school. He can do a lot of things.”

Other key scorers include: Davion Warren, a 6-6 transfer from Hampton averaging 10.4 points; Kevin Obanor, a 6-8 transfer from Oral Roberts scoring 9.5 on average; and Adonis Arms, a 6-5 Winthrop transfer scoring 8.6 on average.

Last season, Williams, Warren and Obanor each averaged at least 15 points at their respective schools, while Arms scored better than 10 points per game.

The Red Raiders have scored at least 65 points in all 14 wins, while failing to score more than 55 points in three of four setbacks.

Each of Tech’s top six scorers has made at least 11 3-pointers, and outside of Shannon, the remaining five have no less than 17 triples apiece.

“We have to do a really good job of defending them,” Huggins said. “They do a great job of spreading you and penetrating with it.”

Yet for as imperative as a good defensive performance will be for West Virginia to end its first two-game losing streak this season, the Mountaineers must find a way to produce adequate offense against the Red Raiders.

WVU has scored 59 points in both Big 12 road losses to Texas and Kansas, and an inability to finish shots near the basket was critical in Tuesday’s 77-68 home loss to Baylor.

The Mountaineers did not register a dunk against the Bears and converted only 7-of-22 layups in a game they led with less than 8 minutes remaining.

“We’ve done some drills with them and that helps them. The biggest thing is finding the rim,” Huggins said. “A lot of people get so enamored with the ball that they’re staring at the ball the whole time and the only time they see the rim is when they’re getting ready to release the ball. We’re working at that.”

For WVU to find more offensive success, there may be no more imperative factor than guard Taz Sherman regaining his form from early in the season. While Sherman is averaging 18.8 points, he’s scoring only 12.5 on average through four Big 12 games.

After missing the conference opener at Texas while dealing with COVID-19, Sherman has played in four games since and made 16-of-49 field goals during that stretch.

“We have to get Taz well,” Huggins said. “He has to get some of his strength back and gain some weight back.”

Guard Malik Curry has stepped up in a big way over the last week, scoring 42 points over the last two games, while making 13-of-25 field goals and all 16 of his foul shots.

With his recent play, Curry, an Old Dominion transfer, has increased his scoring average to 8.6 points — the fourth best mark on the team behind Sherman, guard Sean McNeil (14.4) and swingman Jalen Bridges (8.7).

“He’s a great penetrator,” Huggins said. “That was his claim to fame before he got here. He penetrates and he finishes over bigger people, which most guys his size can’t do.”