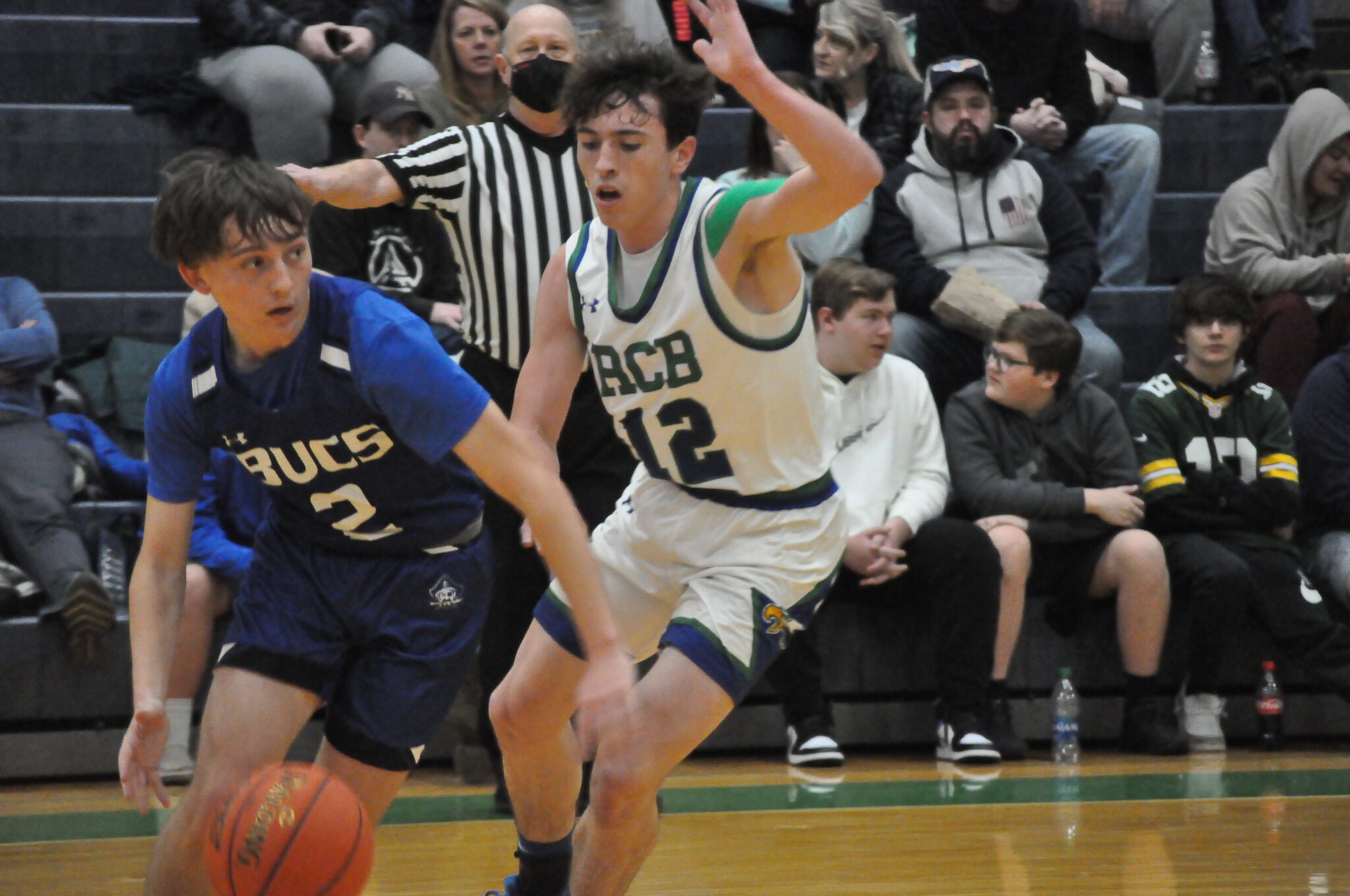 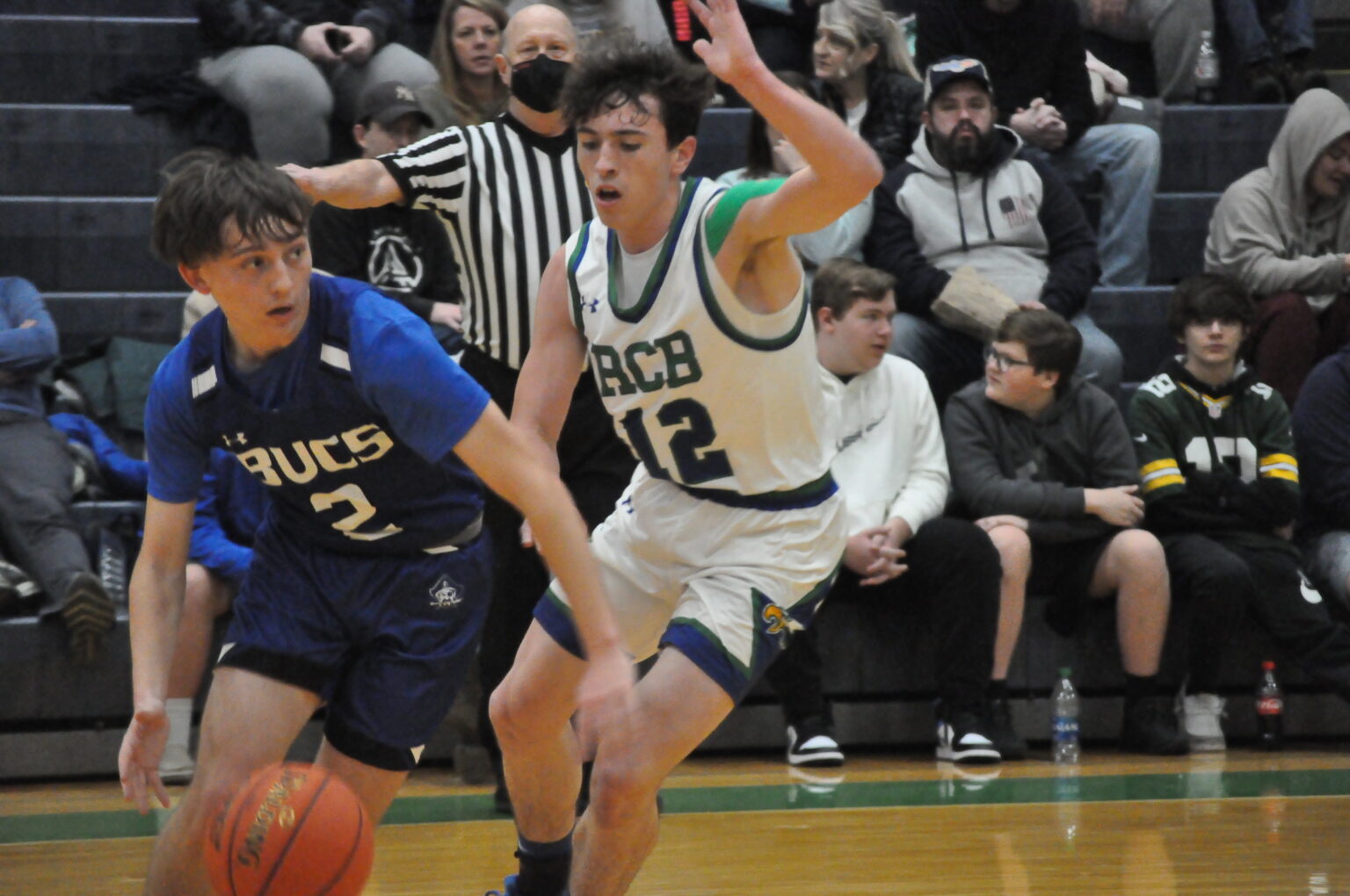 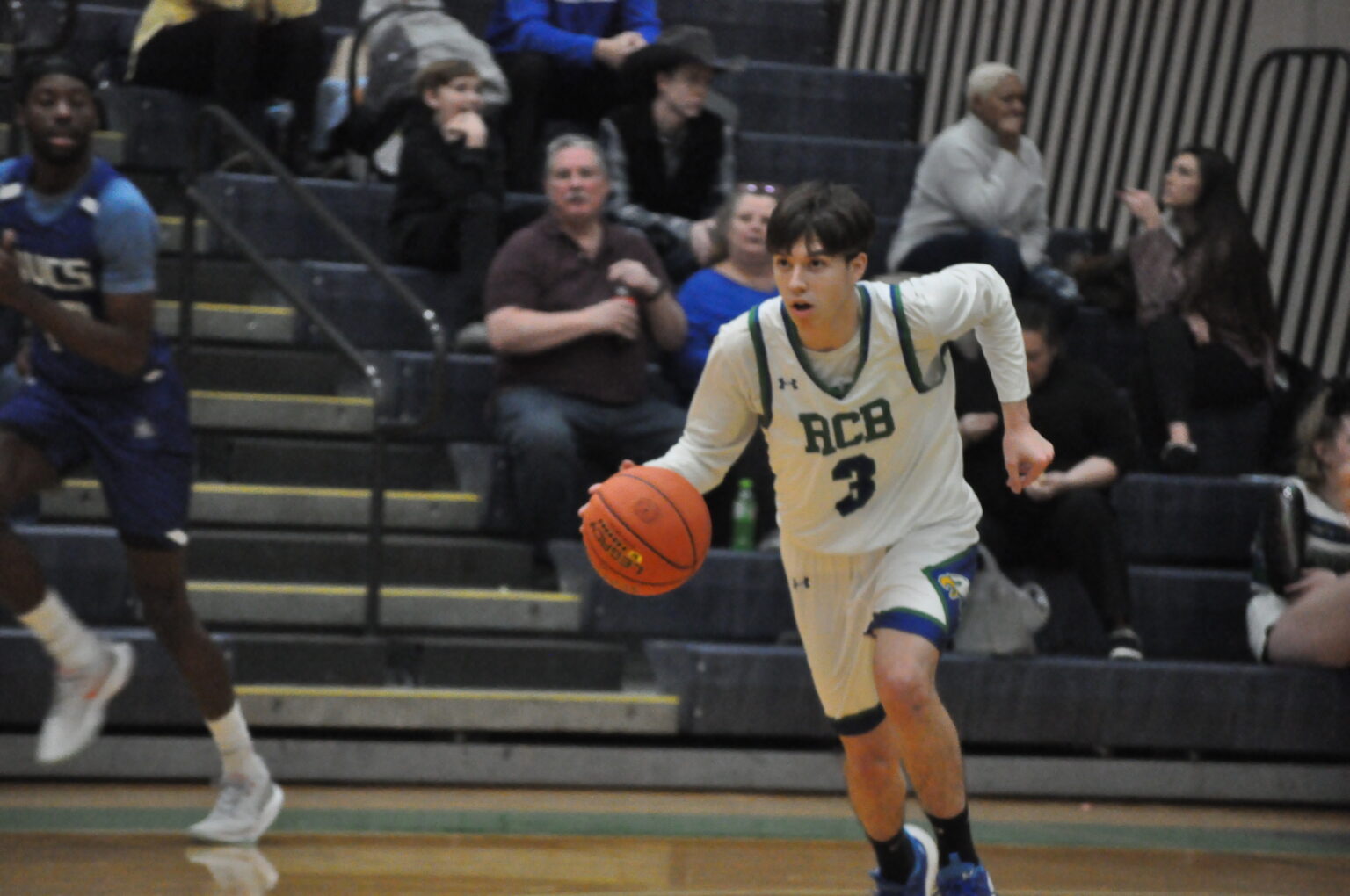 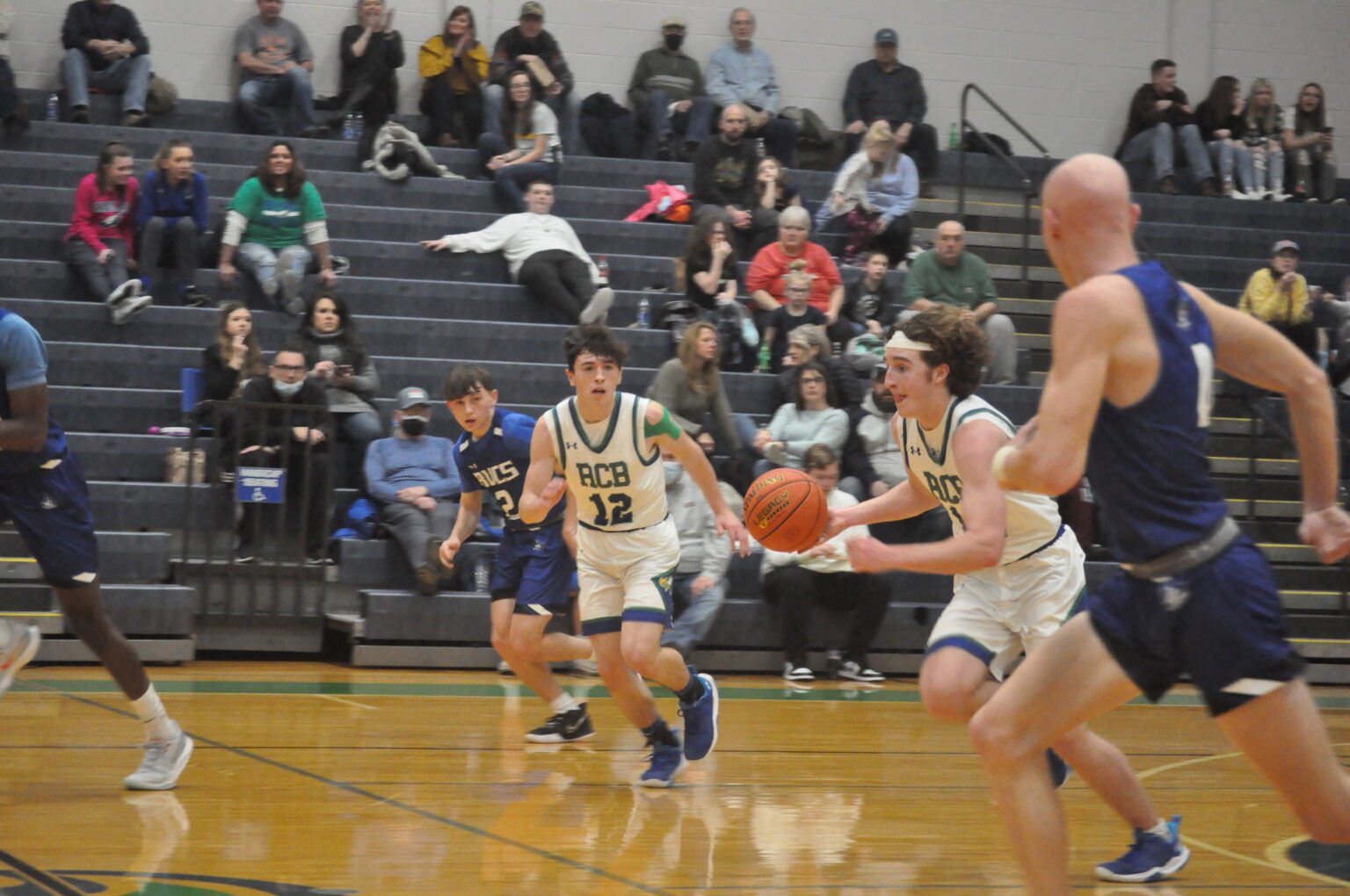 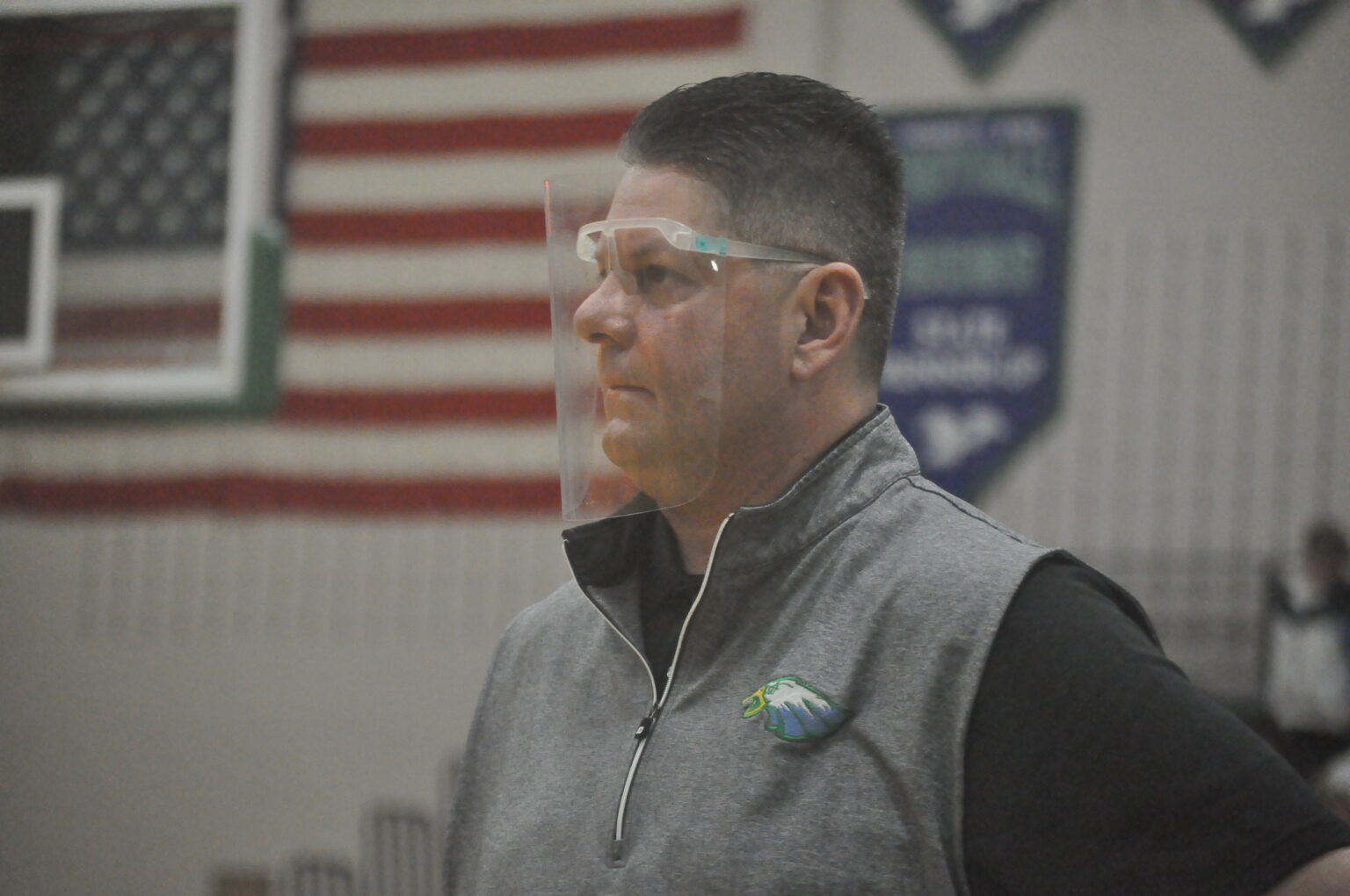 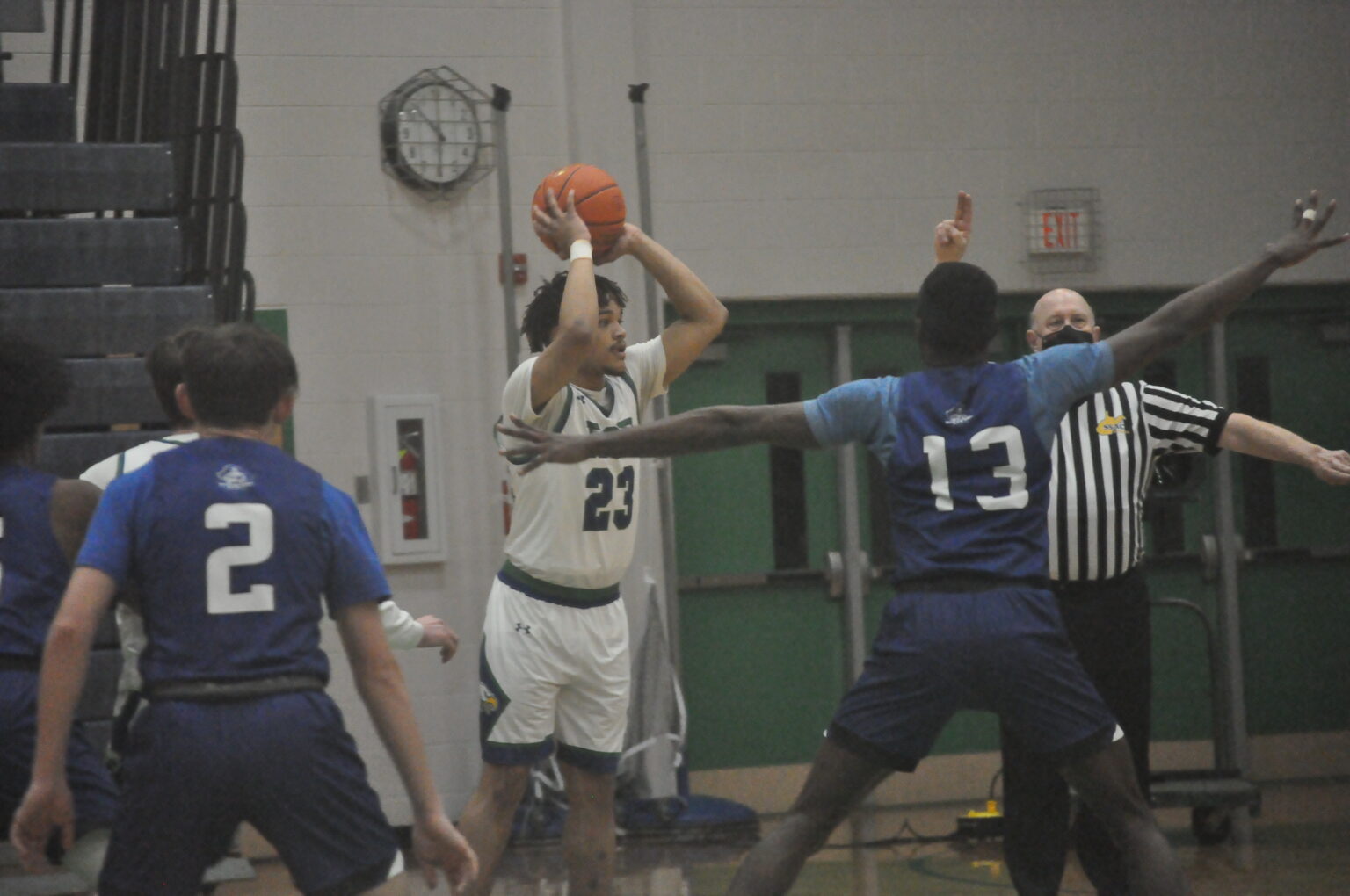 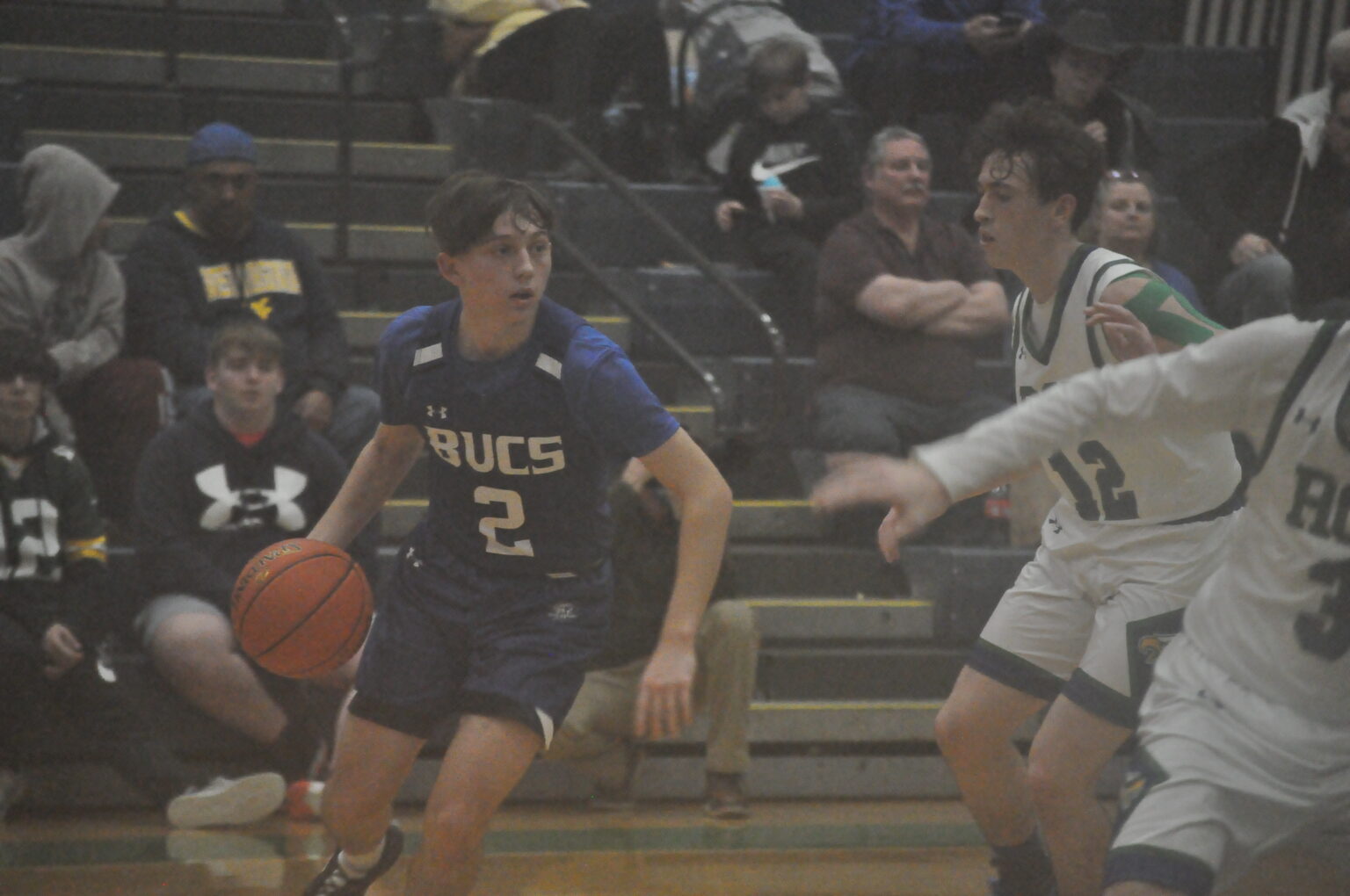 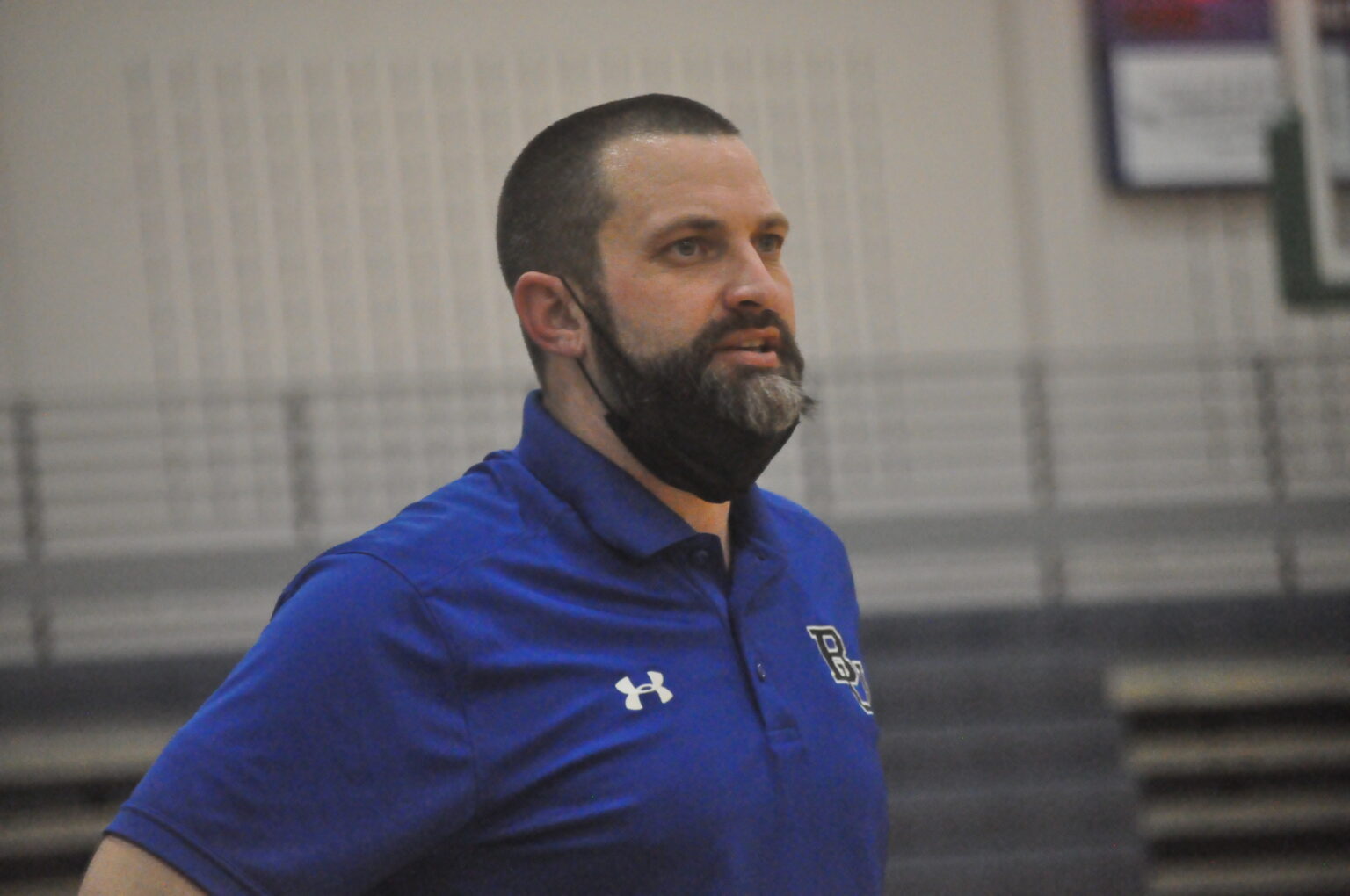 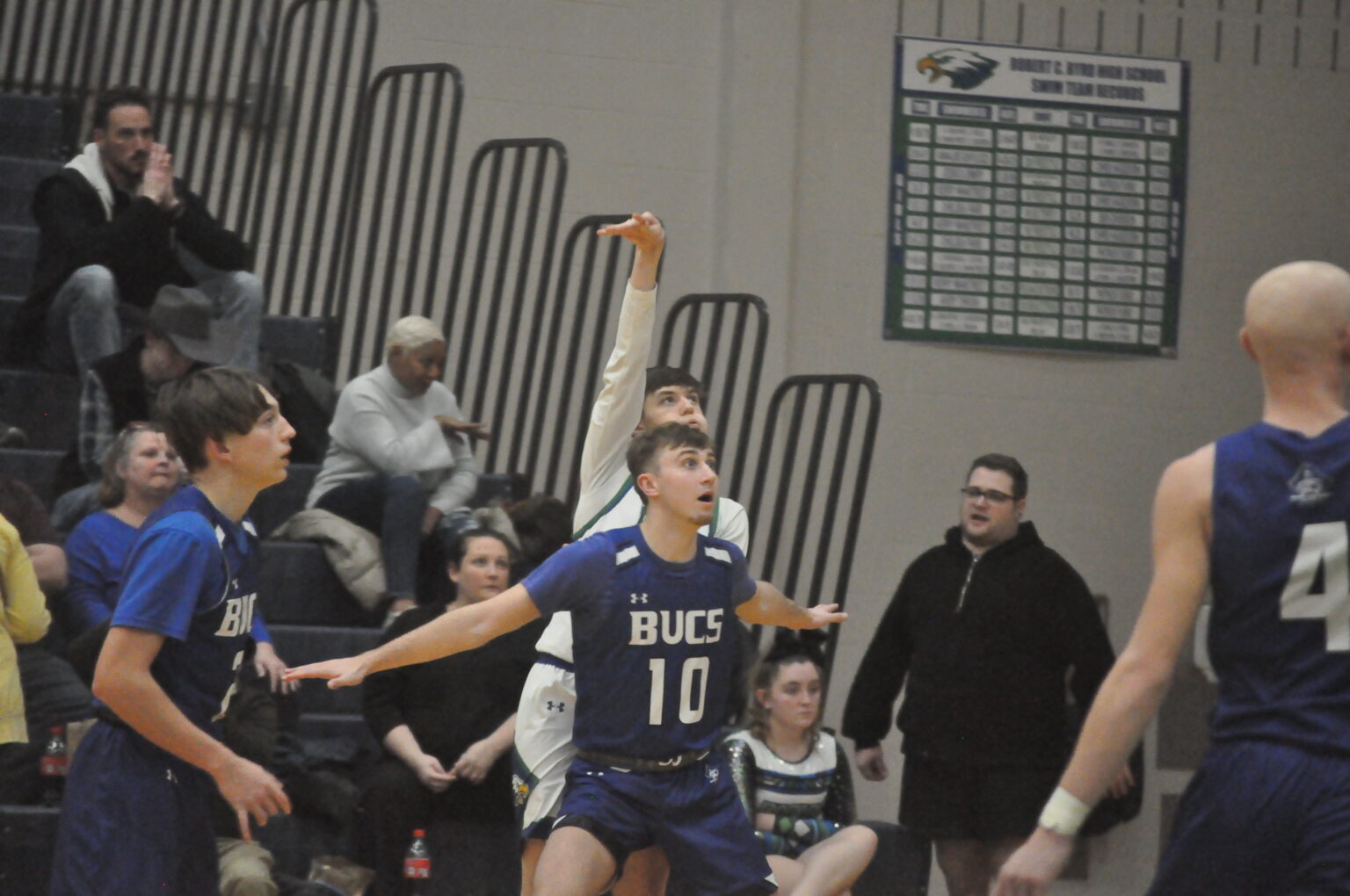 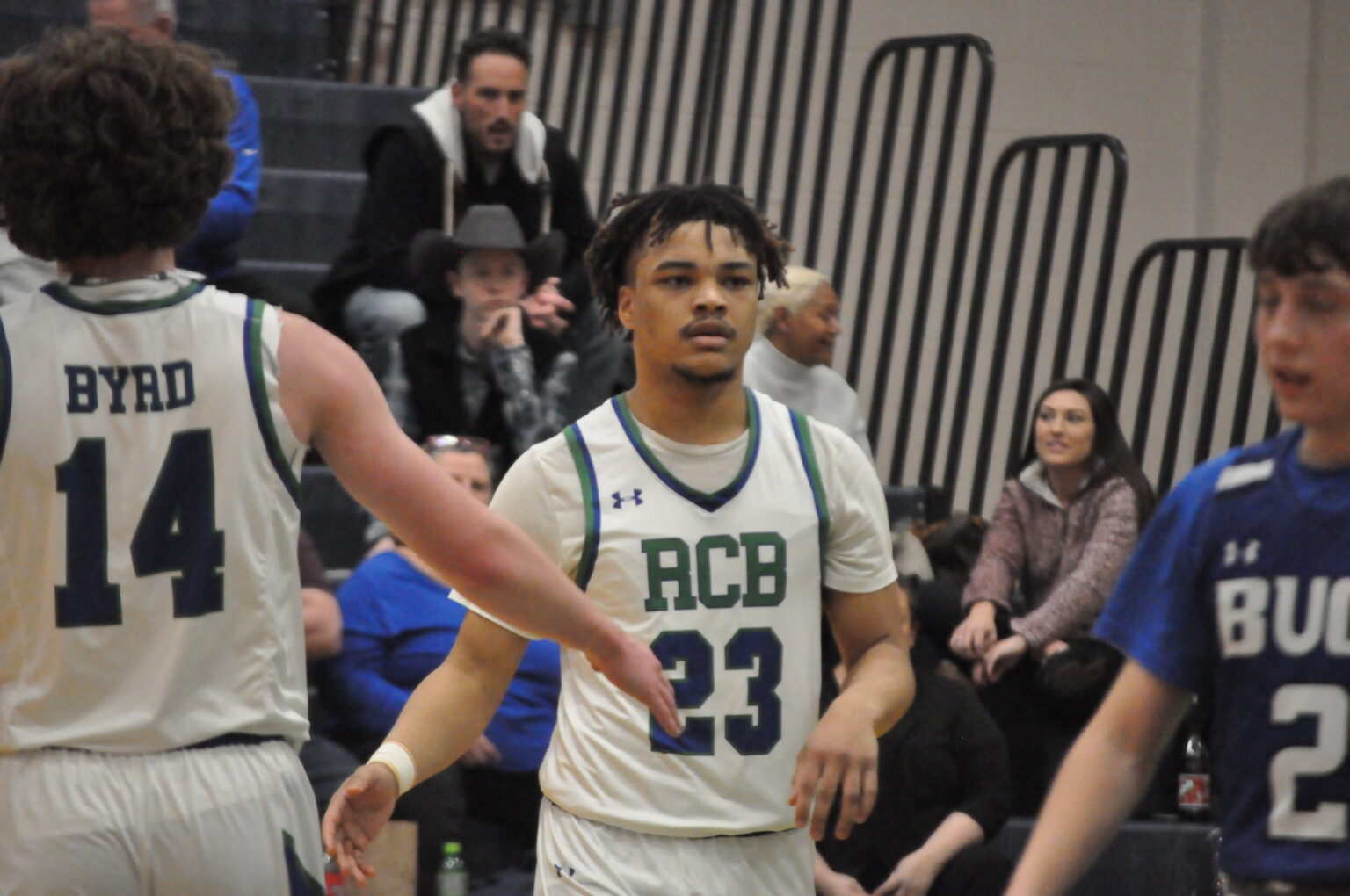 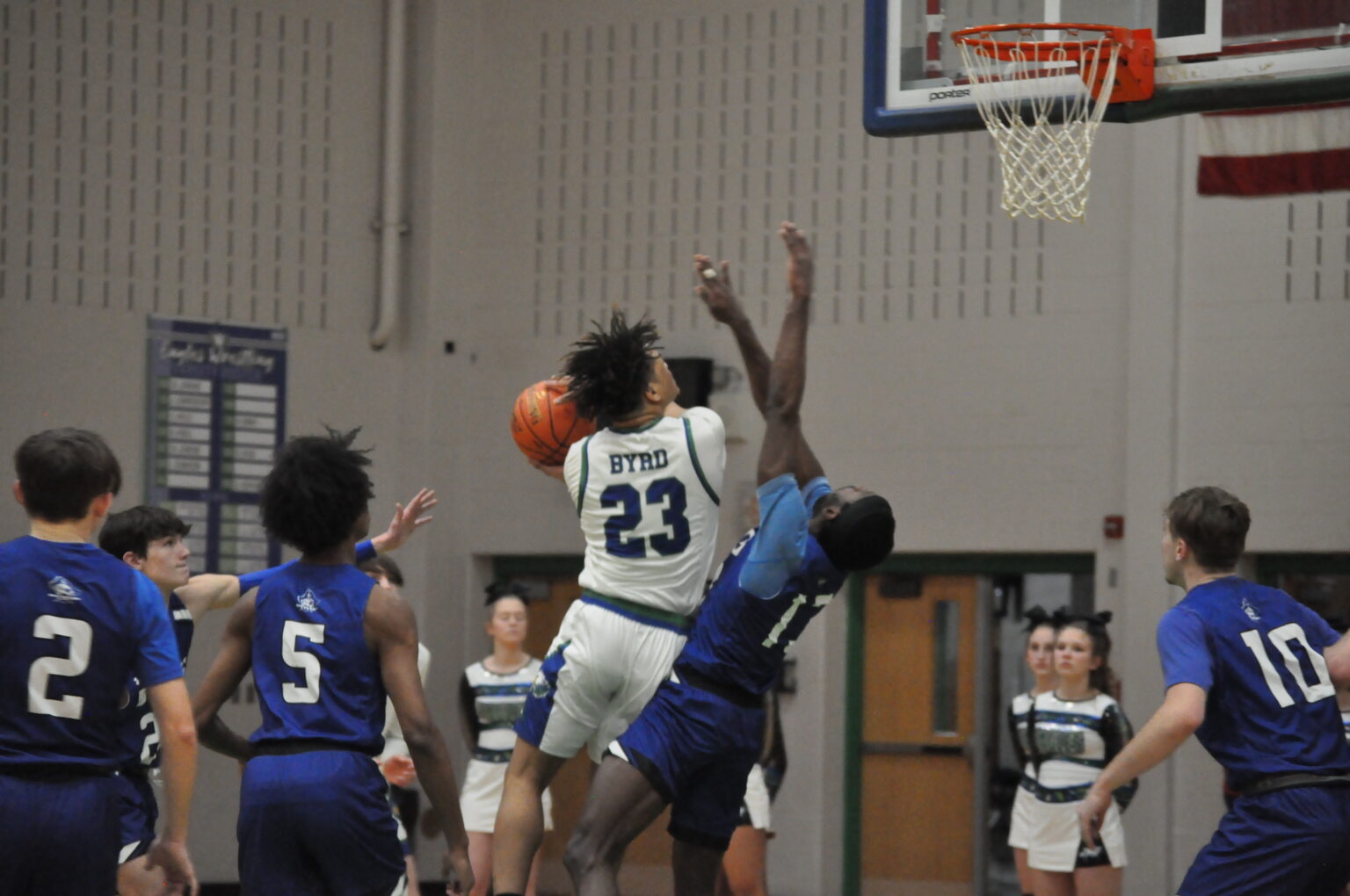 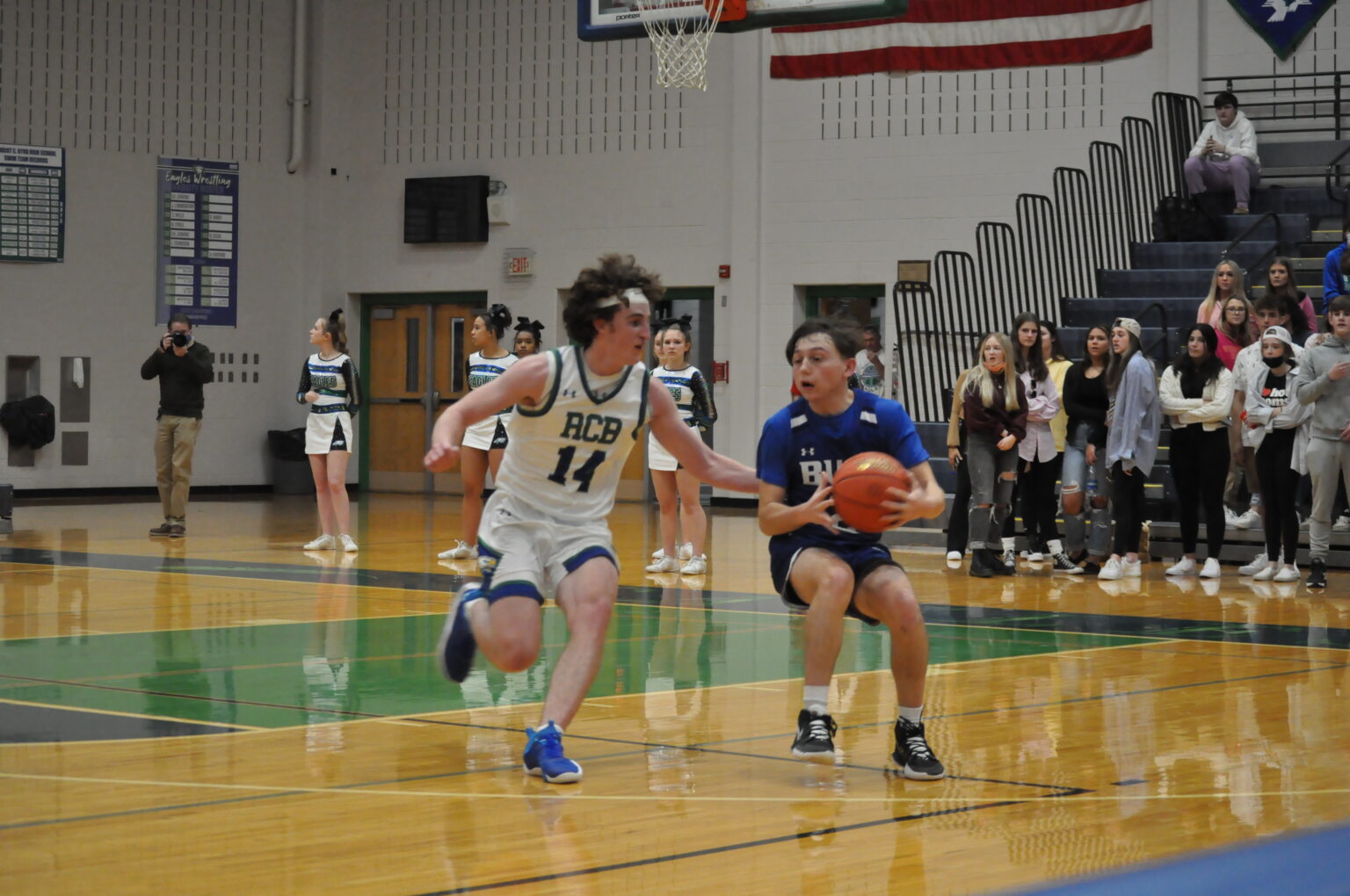 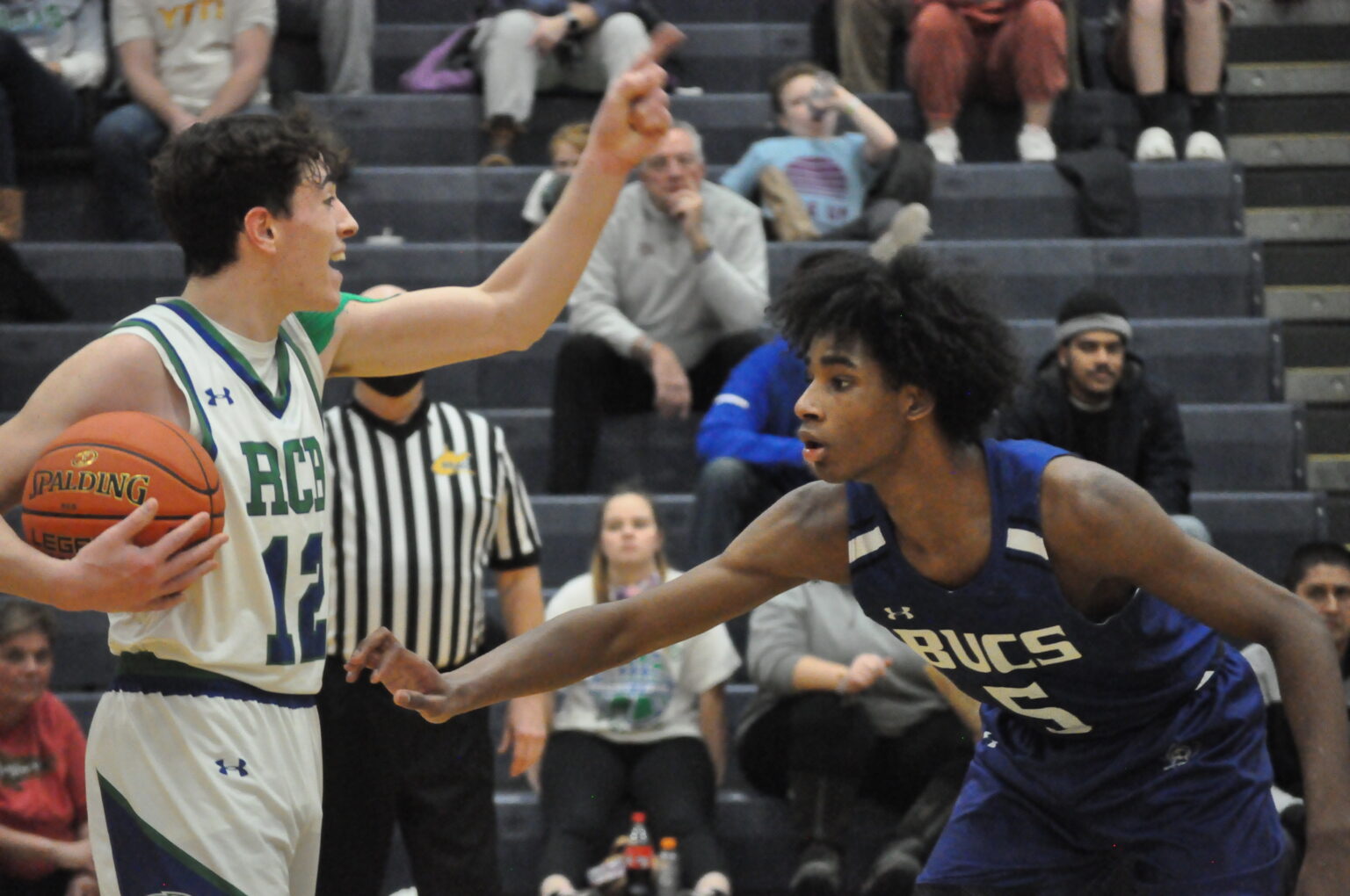 CLARKSBURG, W.Va. — Robert C. Byrd boys basketball coach Basil Lucas has been looking for his team to display more maturity as it nears the midpoint of its regular season.

The Eagles did just that Friday in a chaotic contest with Buckhannon-Upshur by overcoming a 10-point fourth-quarter deficit to force overtime, and slowing the Buccaneers in the extra session to claim a 53-51 victory.

“I thought our kids grew up tonight. I really did,” Lucas said. “It’s been an inexperienced team and I’ve been waiting for some of the experienced kids to take charge.”

RCB (4-4) trailed 35-27 entering the fourth quarter after struggling to generate offense for much of the first three quarters. When Lamar Hurst made a pair of free throws to start the fourth-quarter scoring, the Eagles’ deficit grew to 10.

Lucas’ squad began to fight back from that point forward, drawing to within 38-32 on a Charles Hawkins dunk, then cutting the Buccaneers’ lead to 40-35 on a Brayden Thomason 3-pointer.

The Eagles eventually pulled even at 42 after Jeremiah King scored in the post and made two free throws with 2:02 remaining.

“He settled us down and those kids look at him, and that’s what leadership is all about,” Lucas said of King.

Sterlin Thropp’s layup put the Bucs back in front, but was followed by a bizarre sequence in which Buckhannon-Upshur coach Travis Foster was assessed a technical foul with 1:35 remaining and his team leading by two.

Hawkins appeared to tie the game with two free throws awarded from Foster’s technical, but the officials inadvertently put him at the line in advance of Thropp, who had been fouled at the 1:35 mark.

The two points from Hawkins’ free throws were then wiped off the scoreboard and Thropp was sent to the line where he made 1-of-2 attempts. Hawkins followed by splitting the two free throws from the technical, leaving B-U with a 45-43 lead.

The Eagles eventually regained possession down by three and knotted the game at 46 on a Quinton Cooley triple with 30 seconds remaining.

Mason Hyre’s two free throws with 19 seconds left put the Bucs back on top, but the Eagles’ Lleyton Wolfe followed up his miss and scored with 6 seconds left, sending the game to overtime tied at 48.

“The bottom line, it should have never been in overtime,” Foster said. “We’re down two guys off the bat, but we’re good enough to beat that team. If we worry more about free throws, keeping the ball moving and understanding game management than we do threes, we’d probably be undefeated right now. We have two starters out and our IQ is not the best right now.”

Each team made only one field goal in OT — Hurst’s layup for B-U and Hawkins’ follow-up for the Eagles, which left the game tied at 50.

Hyre was fouled with 3 seconds remaining and his team trailing by two, but after making the first, his second missed the mark. RCB’s Nathaniel Junkins came down with the rebound and made 1-of-2 free throws with inside 1 second to play for the final margin.

The Bucs (6-5) scored the final five points of the opening quarter, including a triple from Zach Calef-Boring, to hold a 15-11 lead.

B-U then limited the Eagles to one second-quarter field goal — a Hawkins triple — and Hyre capped the scoring in the opening half to send the Bucs into the intermission with a 26-16 lead.

Thomason and Cooley each made 3s in the third quarter to the Eagles win the period, 11-9. Thomason fouled out with 1:41 remaining in regulation, but the Eagles overcame the loss of their point guard late.

Hawkins led all players with 18 points and made 7-of-11 shots.

“Charles has been playing really well for us,” Lucas said. “Charles is getting better every day. He’s getting more confidence shooting and he’s a tremendous defender. He’s getting the other team’s best player most nights. He did a really good job defensively. It’s a challenge. Lamar’s a really good player. Chuck handled him and kept him to where he needed to for us to be in the game.”

Hurst, who fouled out in overtime, led the Bucs with 16 points and 10 rebounds. Thropp scored 11 and Boring-Calef and Hyre added 10 apiece in defeat.

“We’re a lot better than what we’ve shown,” Foster said. “When we get healthy, these teams better watch out, because we’re going to bring it. We owe a lot of teams and we’re better than this. We really are.”