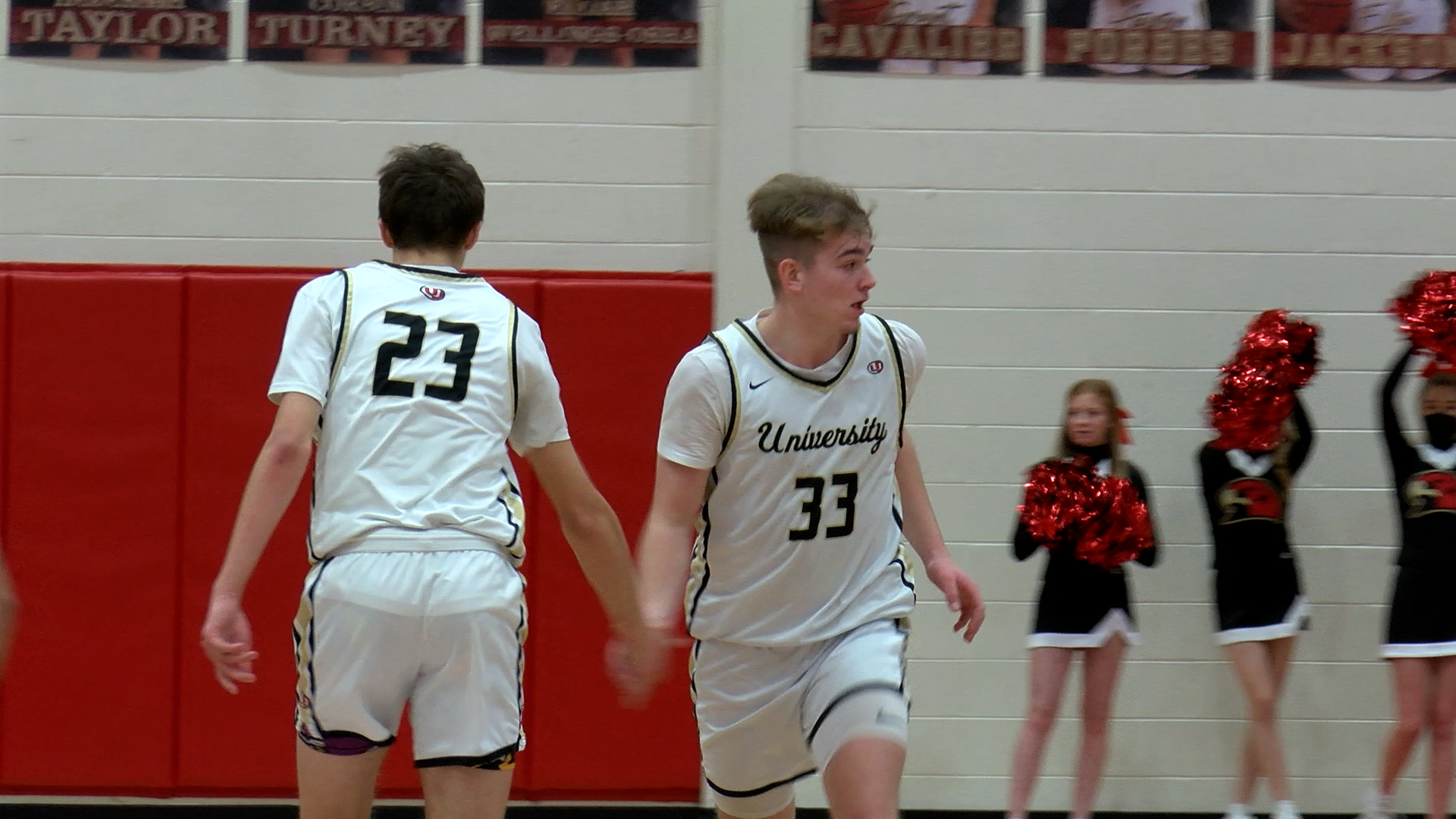 MORGANTOWN, W.Va. — Staring at an 11-point halftime deficit against the defending Class AAAA state champions from George Washington, University head coach Joe Schmidle had a simple message for his team in the locker room.

University rallied past the Patriots to win in overtime, 68-60. The teams split a pair of regular season meetings. With the win, the Hawks improved to 6-6 after being on the wrong end of close games against quality competition in the first half of the season.

“I think it is a statement win. It is a confidence builder. We have been close to beating some really good teams. We just haven’t been able to get over the hump. We have found ways to lose. Winning is a habit and winning is a mentality. You either have a winners mentality or a losers mentality. They learned how to win today. I think that is going to do a lot for our confidence going forward.”

George Washington (7-3) used a 22-5 run between the first and second quarters to erase an early seven-point deficit. GW led 34-23 at halftime.

However, University senior center Aaron Forbes was nearly unstoppable in the second half. After collecting two fouls early in the first quarter, Forbes sat for the remainder of the first half. He went on to score all 20 of his points in the second half and overtime.

“It just shows you how big of a factor he can be when he is on the floor. Credit to him for being able to play the whole second half with foul trouble. He only played three minutes and change in the first half.

“The reason he had a big game was that our guards finally bought in on what we were trying to do and were patient enough to get the ball into the low post to Aaron and Garrison [Kisner].”

UHS whittled the 11-point halftime deficit to seven points [50-43] at the end of the third quarter. The Hawks allowed just six points in the fourth stanza and scored the final five points in regulation to send the game into overtime.

“The kids did a decent enough job of making their free throws down the stretch. We were fortunate enough to be in the double bonus at the start of the overtime. They just didn’t have an answer for Forbes and Kisner down low.”