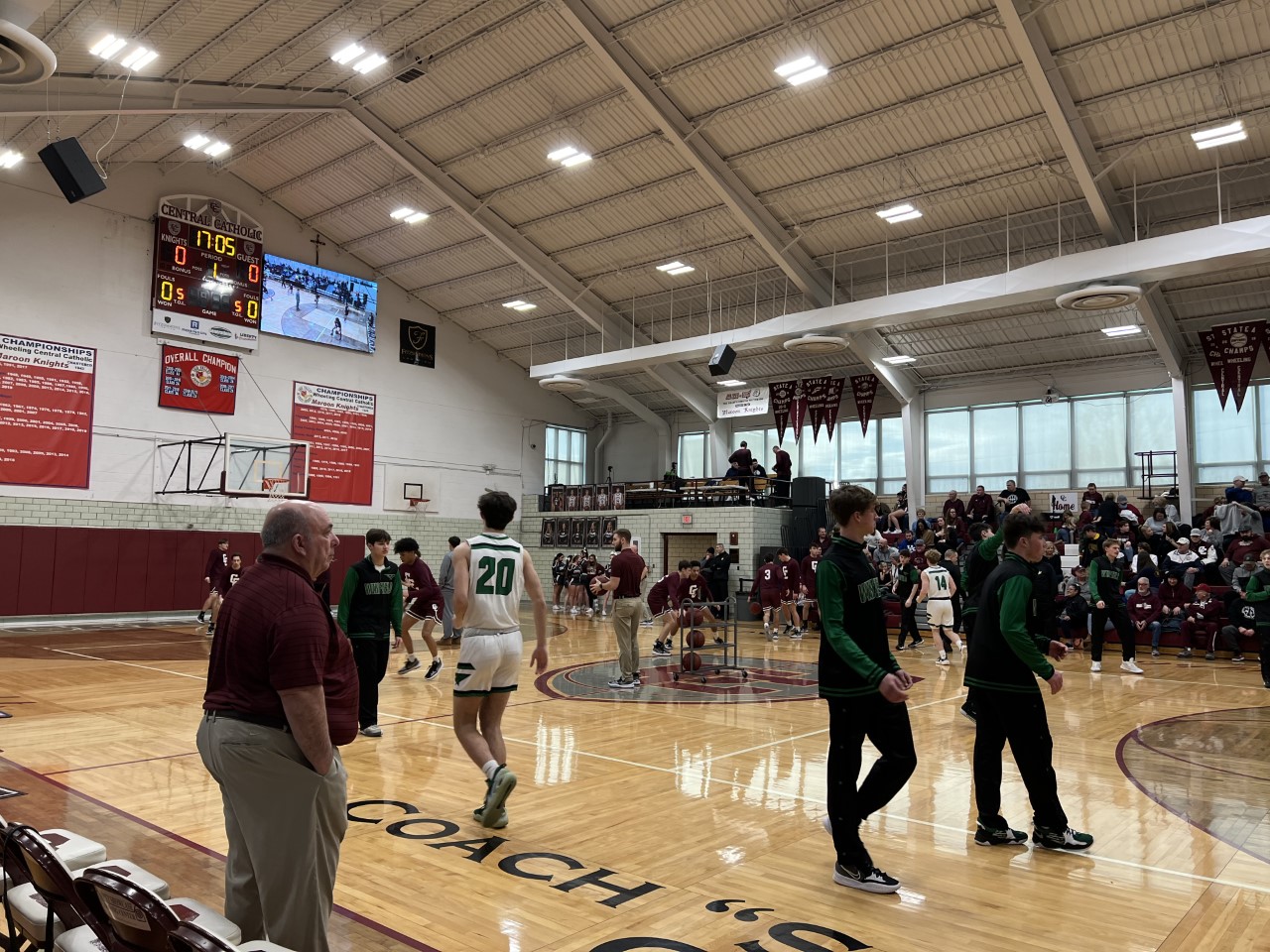 WHEELING, W.Va. — The Wheeling Central Maroon Knights (10-1) used an offensive barrage from behind the arc to hand the Winfield Generals (8-4) their fourth loss in five games, 70-51.

“I thought we played well,” Mel Stephens said. “We came out and shot the ball well at the beginning. That always helps if you can get out to that early lead. That forces the other team to play from behind a little bit.

“I’m pleased with the victory. Chris has done a great job down there. They’re going to win a lot of games. I think we just got them on, got them on the right day.”

Mel Stephens did not think much of the anticipated matchup against his son. He knows that the off-the-court relationship will always be there, but once the ball starts dribbling, it’s go time.

“We talk and joke around, but during the game, it’s a game where we’re trying to win, and he’s trying to win,” Stephens stated. “I thought my kids really came out and played well.”

Wheeling Central jumped out to an early 22-11 first-quarter lead thanks to six triples, including three from sophomore Leyton Toepfer.

Winfield would respond in the second quarter by outscoring the Maroon Knights 19-15. Wheeling Central led 37-30 at the intermission.

The Maroon Knights would come out firing in the third quarter. They started the second half on a 17-2 run with Toepfer, Ryan Reasbeck, and Caleb Ratcliffe contributing.

Wheeling Central would outscore the Generals 32-21 in the second half.

“We tried to make a couple of adjustments at halftime to go against their zone,” Mel Stephens noted. “We thought there might be some holes in the middle if we cut through there. I thought we shared the ball. Paxton Marling, except for the no-look-over-the-head pass, played well for us. He made some nice passes to get guys easy buckets.”

Wheeling Central played one of its better games this season, but turnovers plagued the Maroon Knights throughout the game. Central committed 15 turnovers. Stephens did not see his team protect the ball consistently against Winfield.

“We were a little bit nonchalant with the ball,” Stephens said. “We concentrate and focus on making good passes, but a couple of those today were lazy passes. A couple of those were just good defensive plays on Winfield’s part.”

Reasbeck picked up a nomination for the 2022 McDonald’s All-American game last week. The senior guard showed why he deserved a nomination by leading all scorers with 23 points and 12 rebounds.

“He’s averaging around 20 points a game for us, but it’s the other little things that he’s doing that he hasn’t done as much in the past,” Stephens noted. “Rebounding, taking control of the offense, and getting guys slowed down to get us into whatever we’re trying to run. He’s playing pretty solid defense this year.”

Toepfer had the hot hand all afternoon. The sophomore guard piled in 20 points, including six triples. Stephens believes his hot hand allowed Wheeling Central to take control of the game.

“That’s the reason why we got off to a good start,” Stephens stated. “He knocks down shots. Leyton is a terrific shooter out there. I think he sometimes overthinks that, but he can knock down shots out there. Sometimes he wants to drive the ball a little bit too much. I’d like to see him shoot. He’s got a nice little game where he can shoot it from out there, and he can put it on the floor and go to the hoop.”

Senior Seth Shilot led Winfield with 12 points, all of which came in the first half. Juniors Josh Cook and Ross Mussick each scored eight points. Both combined for four triples.