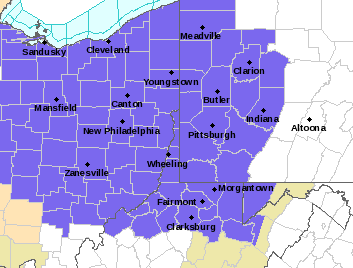 CHARLESTON, W.Va. — Multiple West Virginia counties were placed under a winter weather advisory on Sunday in anticipation of snow.

The National Weather Service reported parts of northern West Virginia and the Northern Panhandle could receive up to two inches of snow in addition to what communities have already received.

Parts of Ohio and Pennsylvania are also under a winter weather advisory.

The advisory went into effect Sunday around 10:30 a.m., and it will remain in effect until 7 p.m.