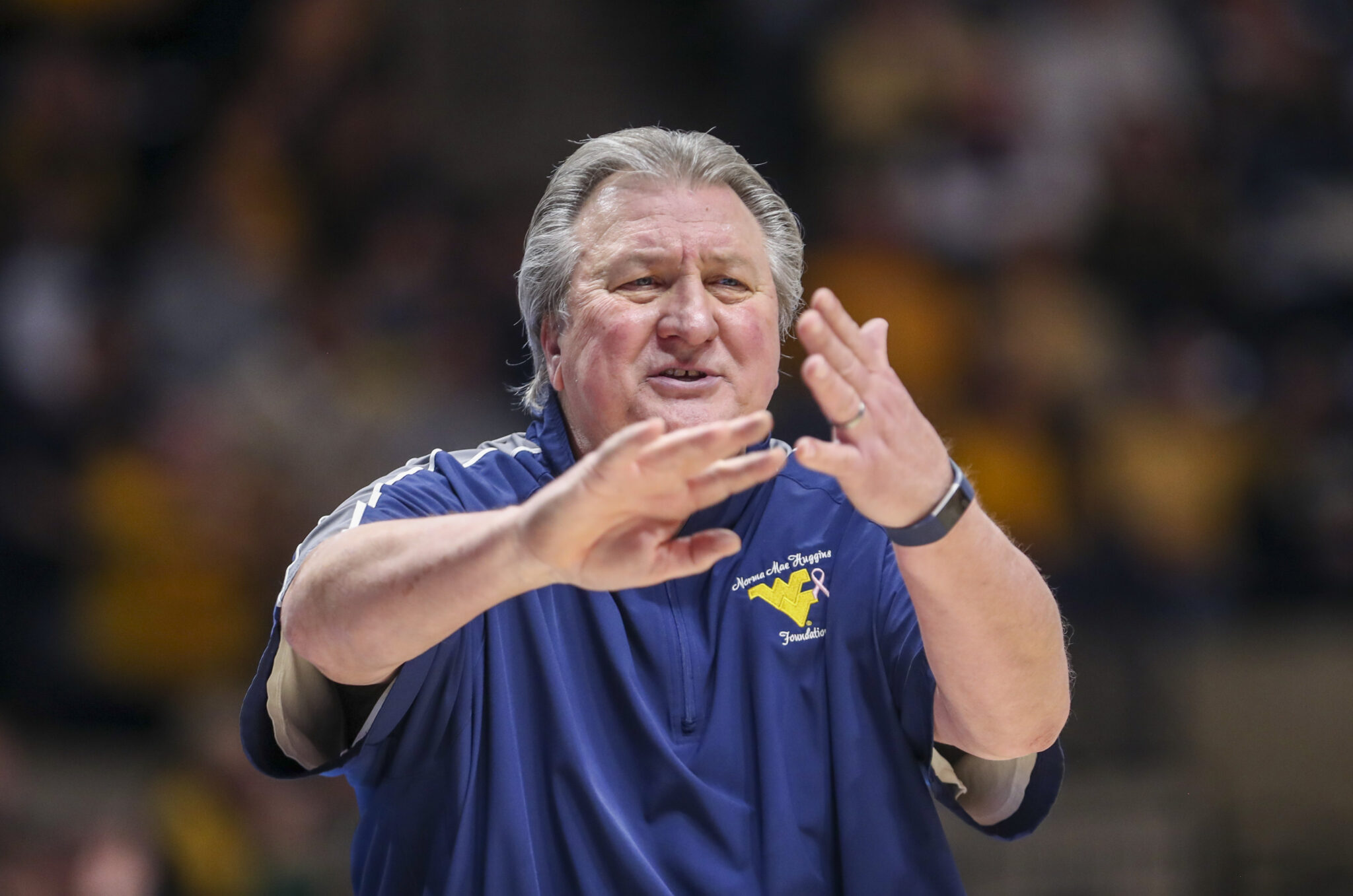 MORGANTOWN, W.Va. — Two teams in equal need of a victory to get their seasons steered back in the right direction clash at 8 p.m. Wednesday when Oklahoma pays visit to the Coliseum for a matchup with West Virginia.

Under first-year head coach Porter Moser, the Sooners won 12 of their first 15 games, but come to Morgantown having lost four straight. At 12-7 overall, 2-5 Big 12 Conference play and with a trip awaiting Saturday to top-ranked Auburn, Oklahoma would face a very real possibility of five straight setbacks if not able to prevail in their first of at least two meetings with the Mountaineers.

West Virginia has lost three consecutive contests, albeit against the top three teams in the Big 12 standings — Kansas, Baylor and Texas Tech. Losses to the Jayhawks and Red Raiders were on the road, and WVU held a one-point lead with 8 under minutes to play against both the Bears and Red Raiders.

“I’ve never been very satisfied with losing, and we lost,” WVU head coach Bob Huggins said. “We had blown opportunities, but a lot of things happen — a bad pass, a missed shot. We missed eleven shots inside two feet [against Baylor]. How you going to win? You’re not going to win when that happens.”

The good news for the Mountaineers (13-5, 2-4) is Wednesday’s contest, which will air on ESPN2, is at home. While WVU is 1-3 on the road and yet to win a league game away from home, Huggins’ squad is 10-1 at the Coliseum. Oklahoma’s lone road victory came in December at Central Florida, while the Sooners have lost at Baylor, Texas and TCU in league play. The defeats at Texas and TCU started the current losing skid, which continued last week in home losses to Kansas and Baylor.

Still, in OU, Huggins sees a team that’s hit a rough patch and is plenty capable of a turnaround. The Sooners have five players averaging between 9.3 and 12.7 points, and shoot better than 49 percent as a team.

Moser replaced Lon Kruger, who announced his retirement following last season. Moser spent the previous 10 seasons as head coach at Loyola Chicago, where he helped lead the Ramblers to the Final Four in 2018 and Sweet 16 in 2021. Prior to that, Moser was an assistant at Saint Louis for five seasons under Rick Majerus.

“He runs a variation of a lot of really good stuff,” Huggins said. “His background with Rick Majerus has probably helped him. They do great things. They’re great, when you start watching the ball, at back cutting. They do a great job opening up driving lanes, so they can drive it at the rim. I really like their team.”

Oklahoma’s three top scorers behind Groves are holdovers, one of which West Virginia fans should remember well, though not fondly. Umoja Gibson, a 6-1 guard, is the Sooners’ top perimeter threat, and scored 48 points while making 13-of-21 3-pointers in two matchups with the Mountaineers last season.

With a 12.4 average, Gibson is the Sooners’ second-leading scorer.

“The little fella tore us apart twice,” Huggins said. “He can really shoot the ball.”

Guard Elijah Harkless (9.9), forward Jalen Hill (9.4) and guard Jordan Goldwire (9.3) round out the team’s primary scorers. Harkless and Hill remained at OU after Kruger’s departure, while Goldwire is a transfer from Duke. The Sooners are out-rebounding opponents by an average of 2.2 per game.

“They’re really good defensively, but Oklahoma was pretty good when Lon was there, and Lon always had rim protectors and shot blockers,” Huggins said. “They beat us twice on guys defending the rim at the end of games. But they do a great job. He has a couple guys who rebound it really well out of their area, kind of like a Jon Holton was for us. Jon rebounded it out of his area. They have guys that rebound it out of their area.”

Huggins hinted at potential changes to his lineup following Saturday’s 78-65 loss at Texas Tech, but remained mum on the topic Tuesday.

“Not sure yet,” he said. “We’re going to practice again today.”

One positive from Saturday’s loss was the play of guard Taz Sherman, who despite finishing with six turnovers, scored a team-high 21 points — his first 20-plus point performance since a 27-point effort December 12 against Kent State.

Another plus was the continued improvement of point guard Malik Curry. The Old Dominion transfer is now tied with Jalen Bridges as West Virginia’s third-leading scorer at 8.7 points after scoring 23, 19 and 11 points, respectively, in the ongoing skid.

“Every game is definitely going to be a battle,” Curry said. “You can’t take any team lightly. You have to give all out effort every game to win the game. Right now, we haven’t been winning games, but it’s something we’re going to figure out — how we’re going to come out with a ‘W’ at the end of a game.”

In addition to looking for more offensive production from close range, West Virginia is trying to fix issues regarding turnovers and a lack of rebounding, all aspects Huggins knows his team needs to fix as it strives to turn things around.

“We’ve been good at times and not very good at times,” Huggins said of the rebounding. “A lot of that has to do with who you play obviously as well. We haven’t been able to play two bigs as much as what I’d kind of like to play two bigs, because we have to find some guys who can score and hopefully help other people score. We’ve had a hard time finding two bigs that could work together in that regard.”