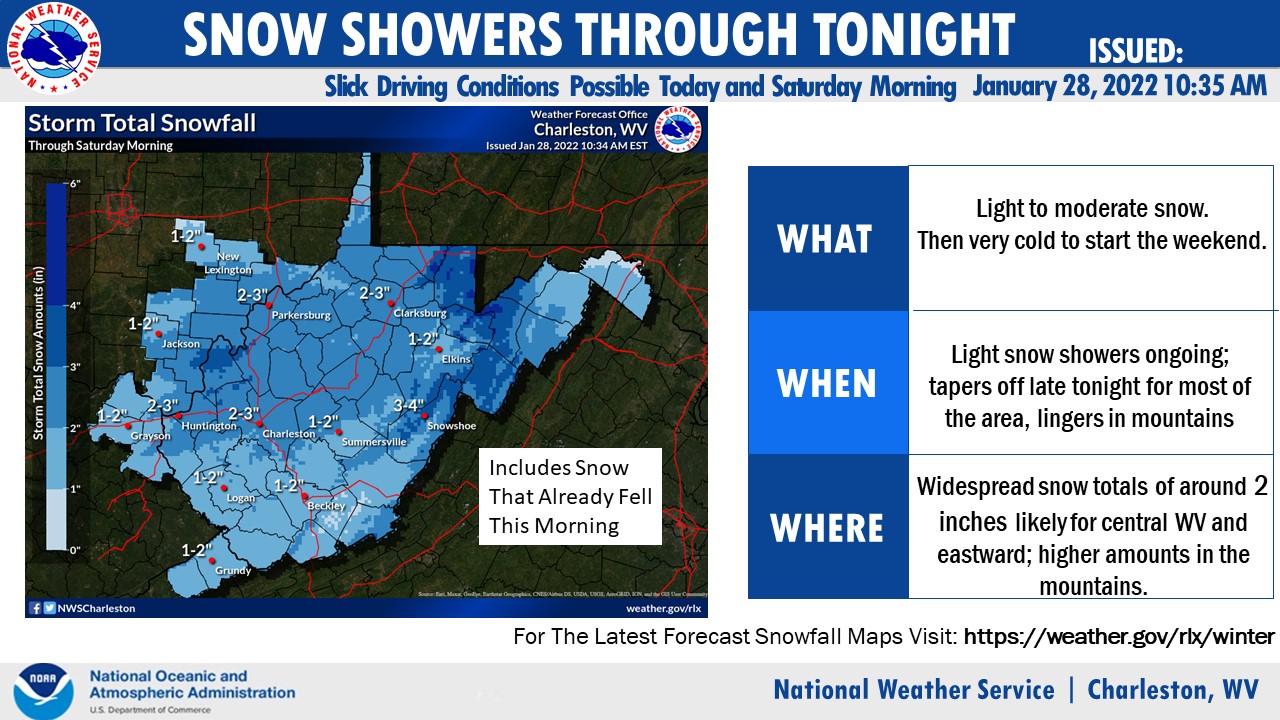 CHARLESTON, W.Va. — Much of West Virginia is under a winter weather advisory until about 1 a.m. Saturday. The National Weather Service in Charleston predicts the nor’easter will leave 1 to 3 inches in the lowlands and maybe 3 to 5 inches of snow in the higher elevations. But that’s miniscule to what’s coming for the east coast.

“Central West Virginia might get a couple of inches, but the big story with this thing is New York City and Boston where they could see localized amounts up to three feet,” said Meteorologist John Peck at the National Weather Service in Charleston.

The storm is starting off in the Carolinas and could put down four inches of snow to day in eastern North Carolina as it moves up the seaboard. Although hugging the coast, Peck said it wouldn’t have much impact even on West Virginia’s eastern panhandle.

“It’s too far west and the panhandle will see what the rest of the state sees, possibly the two to three inch range,” he explained.