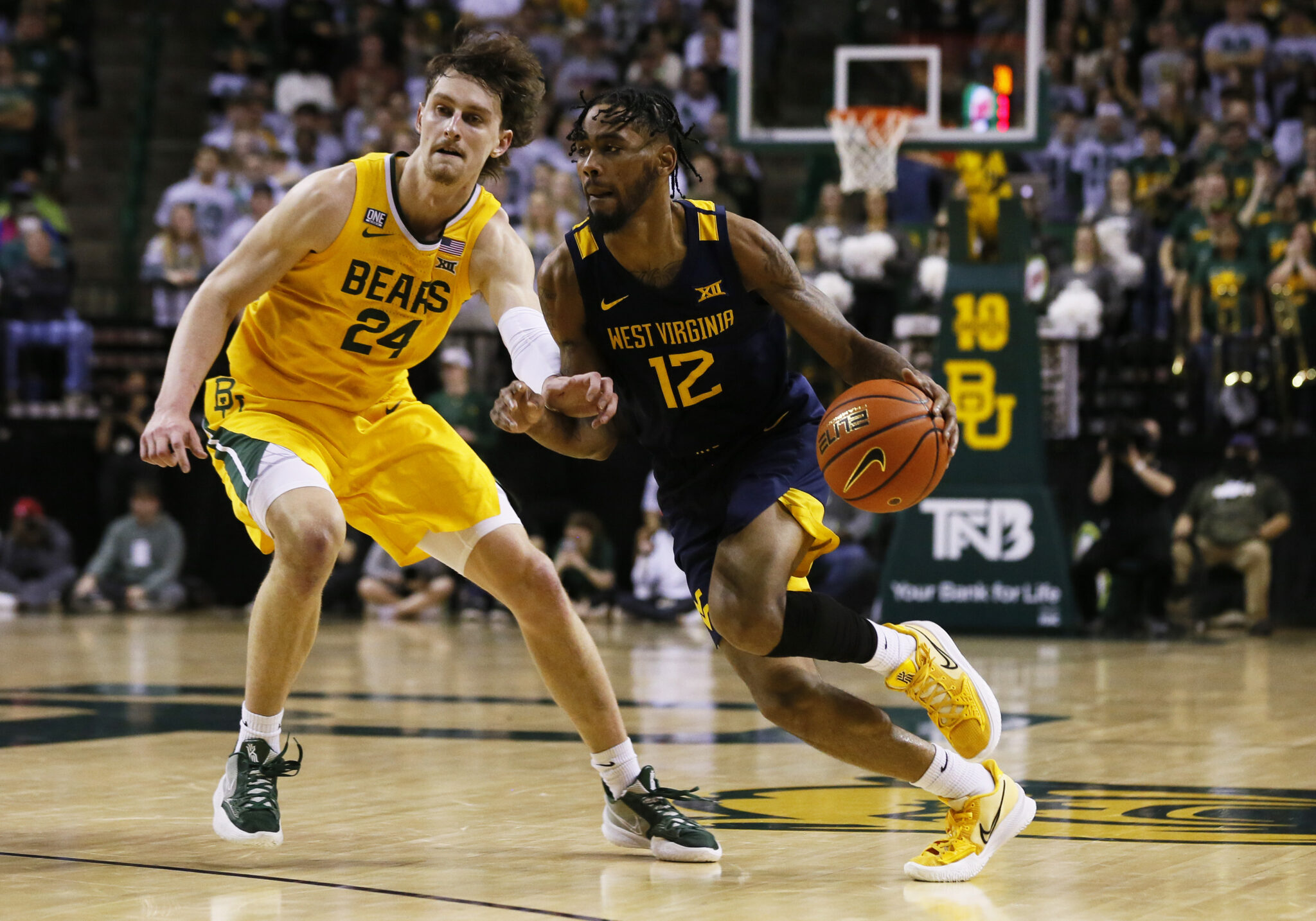 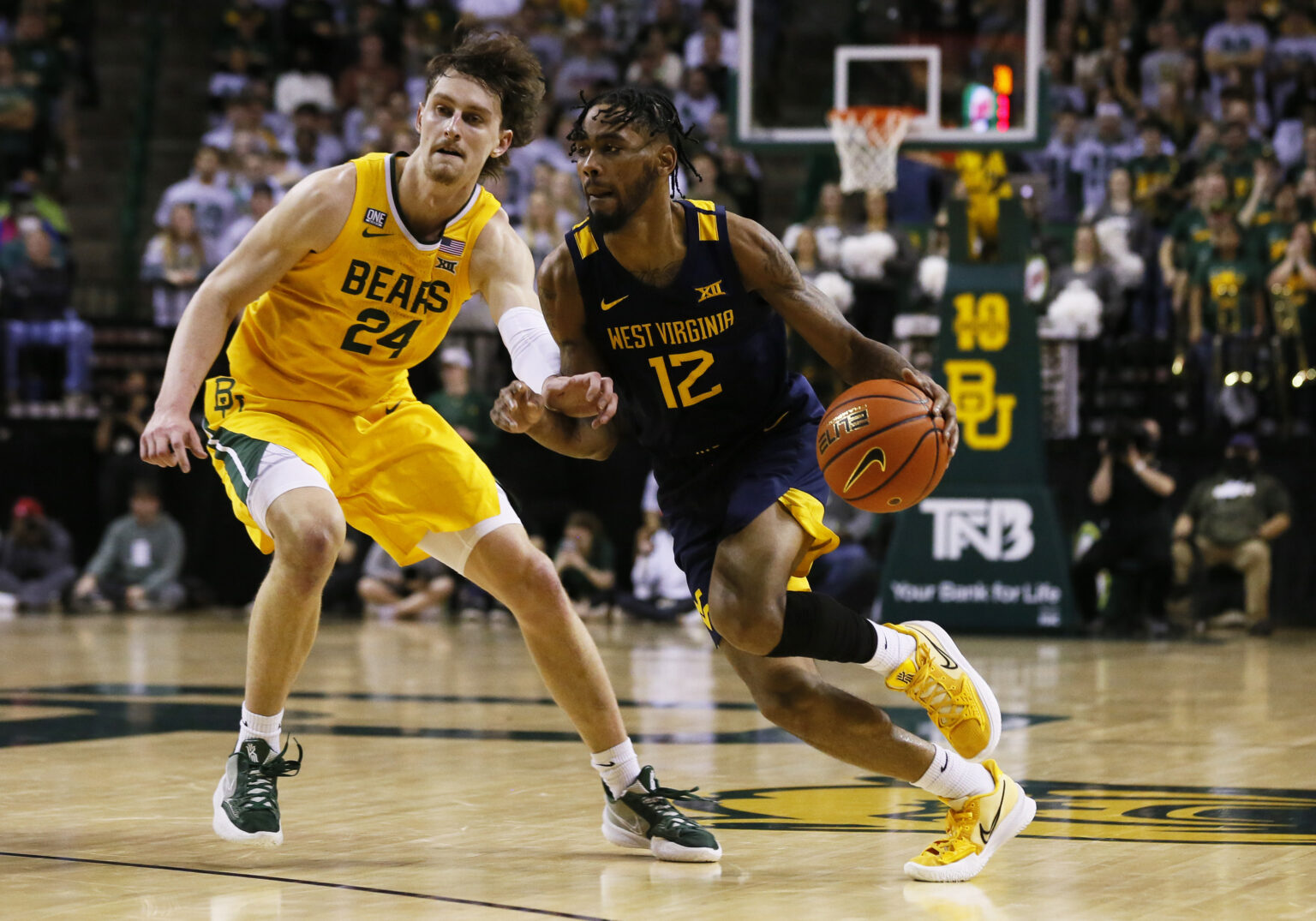 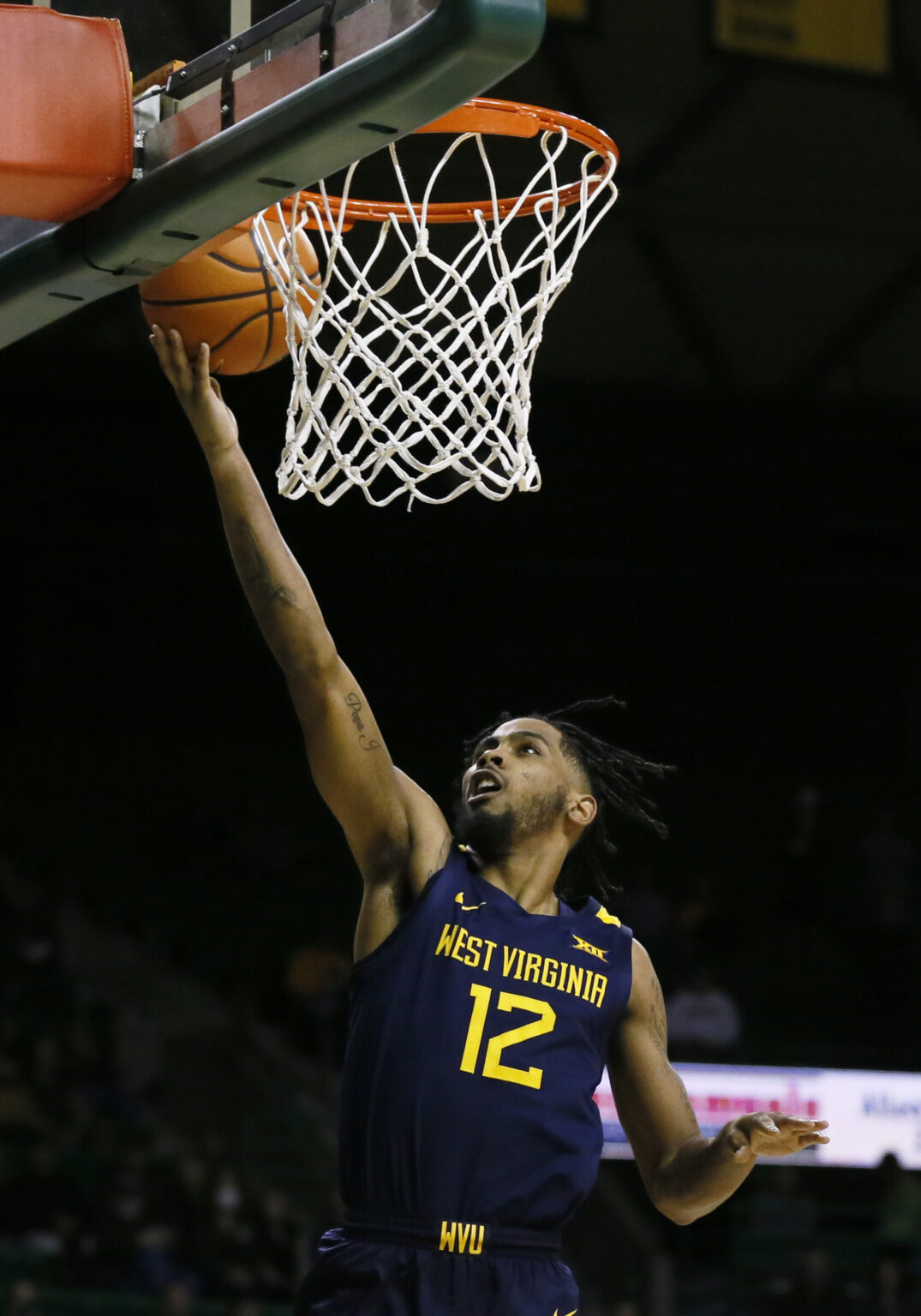 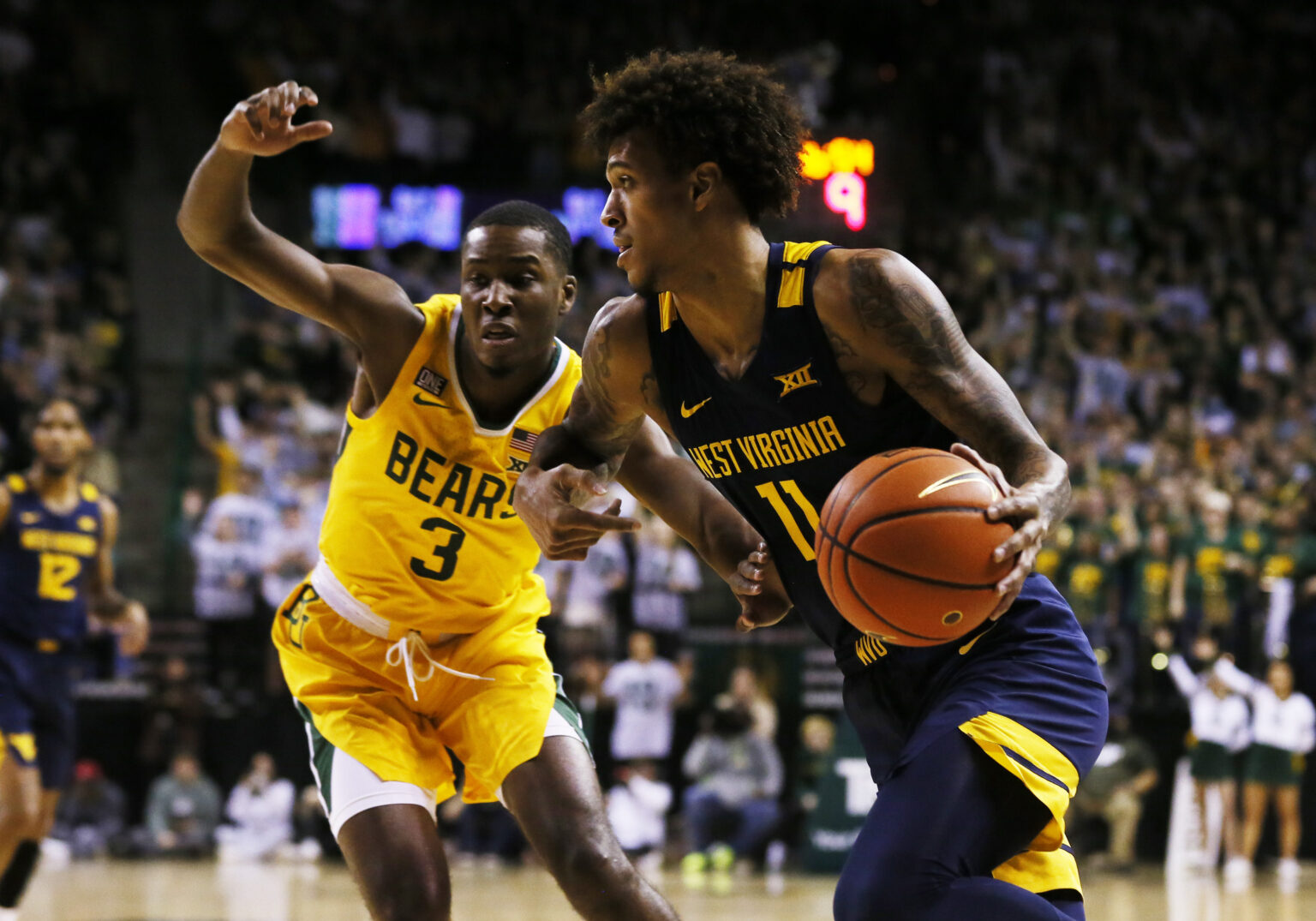 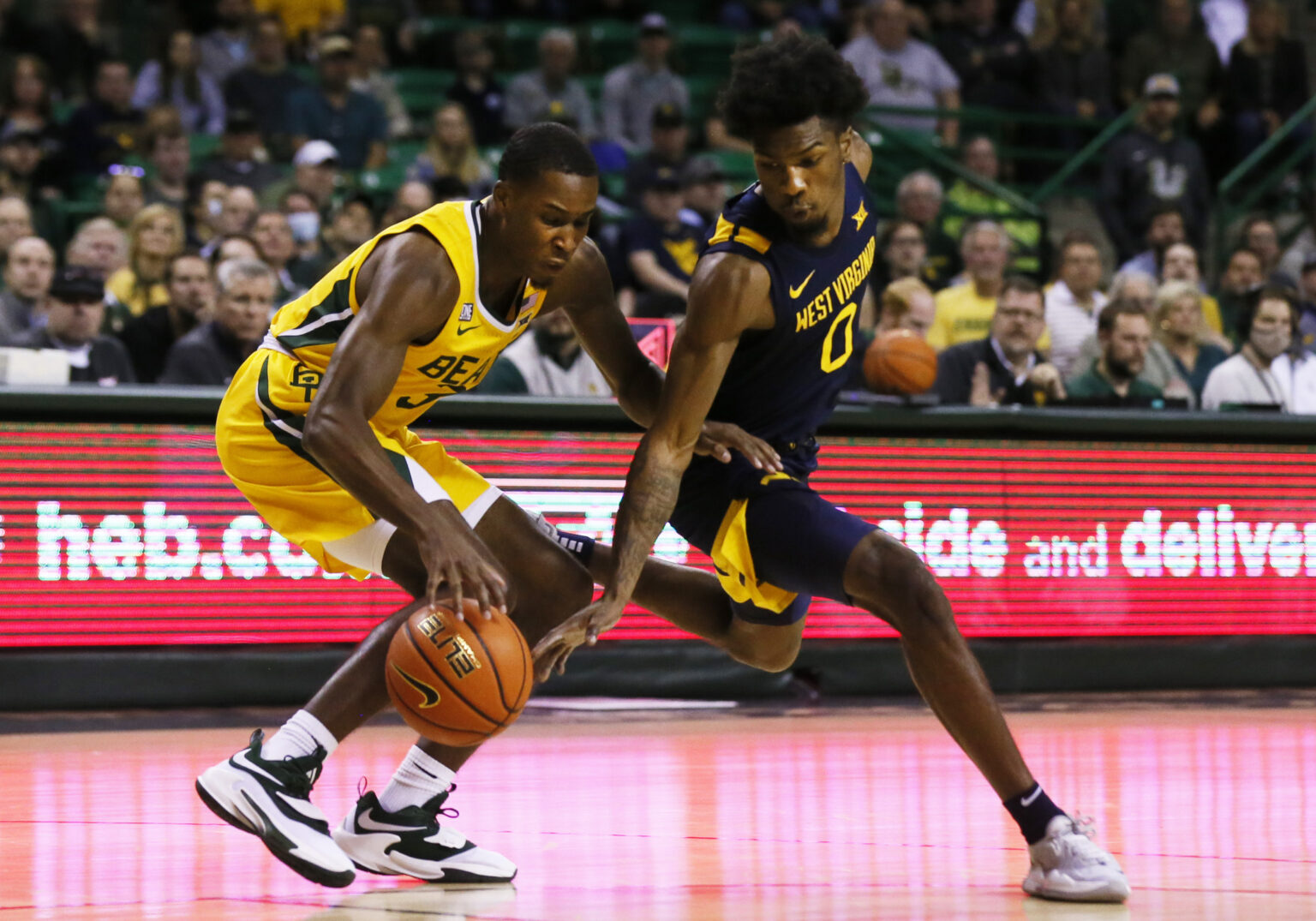 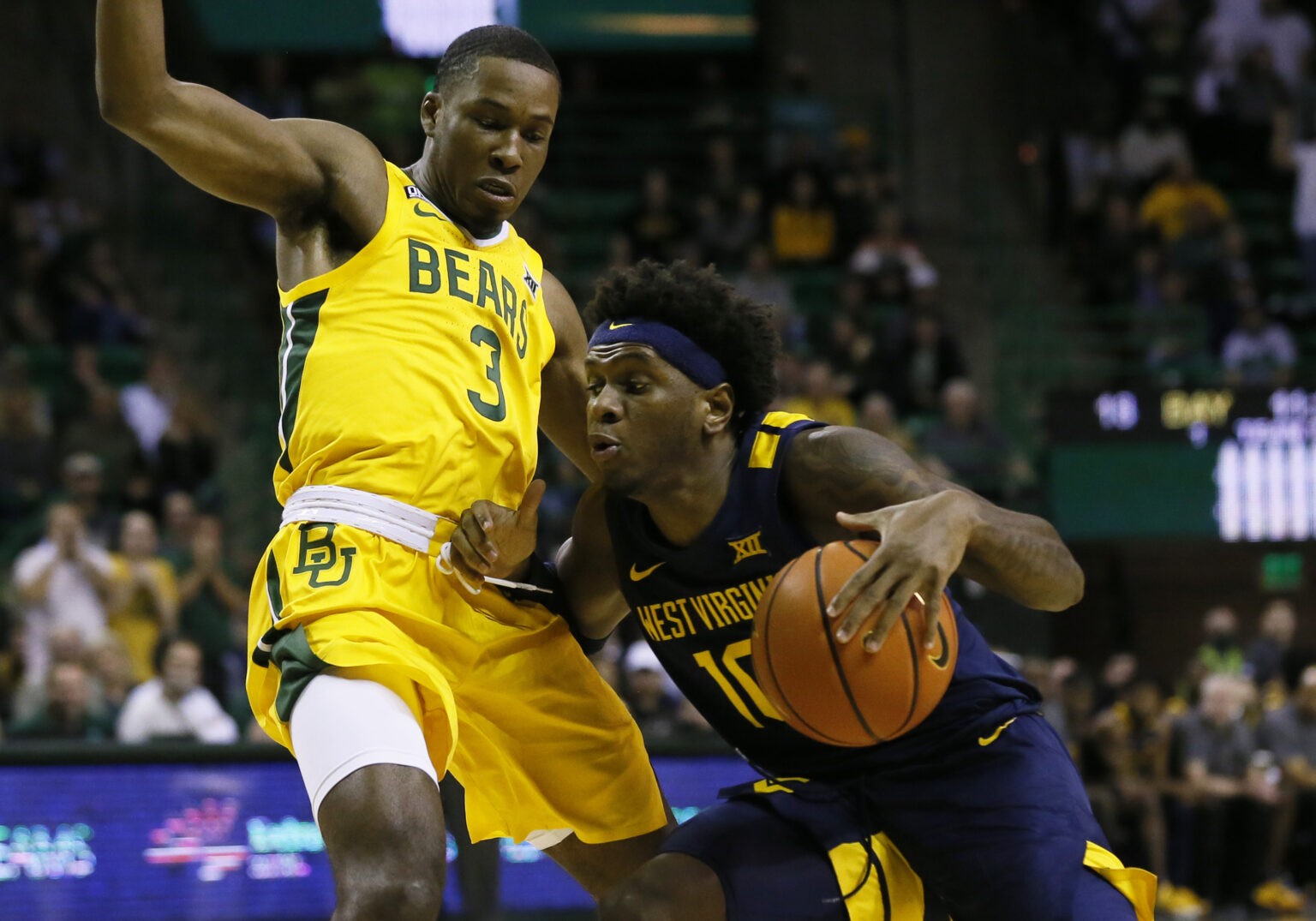 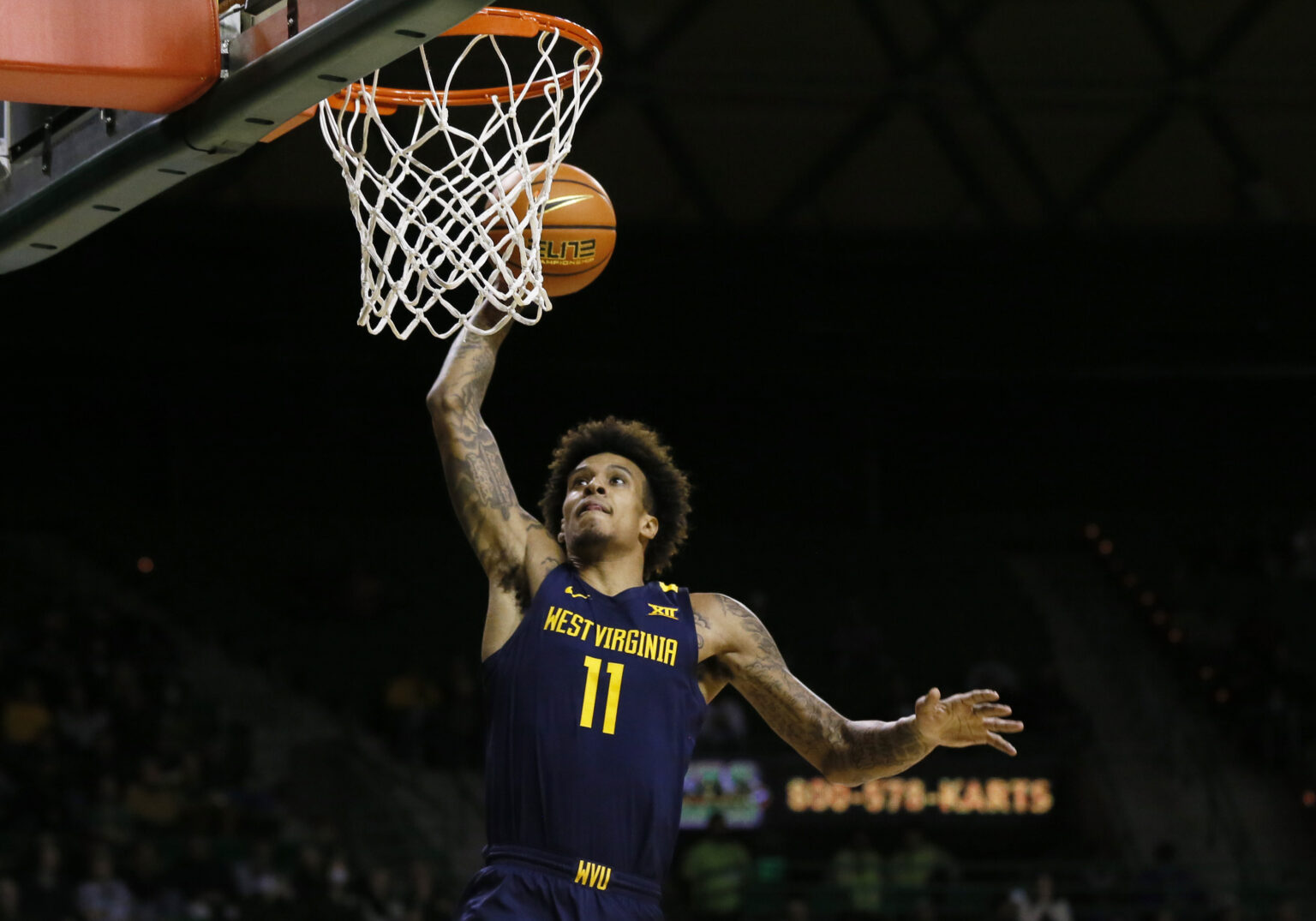 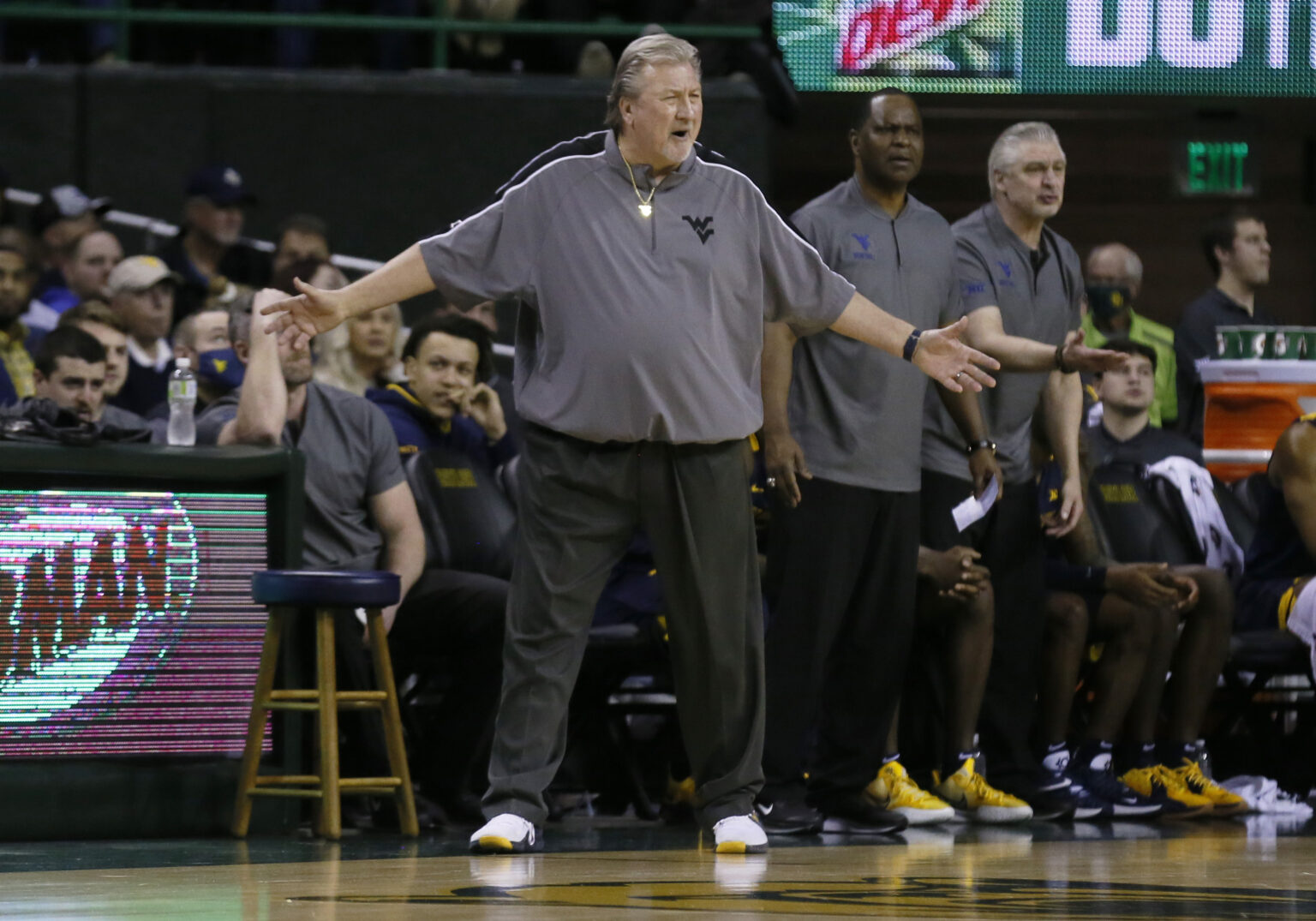 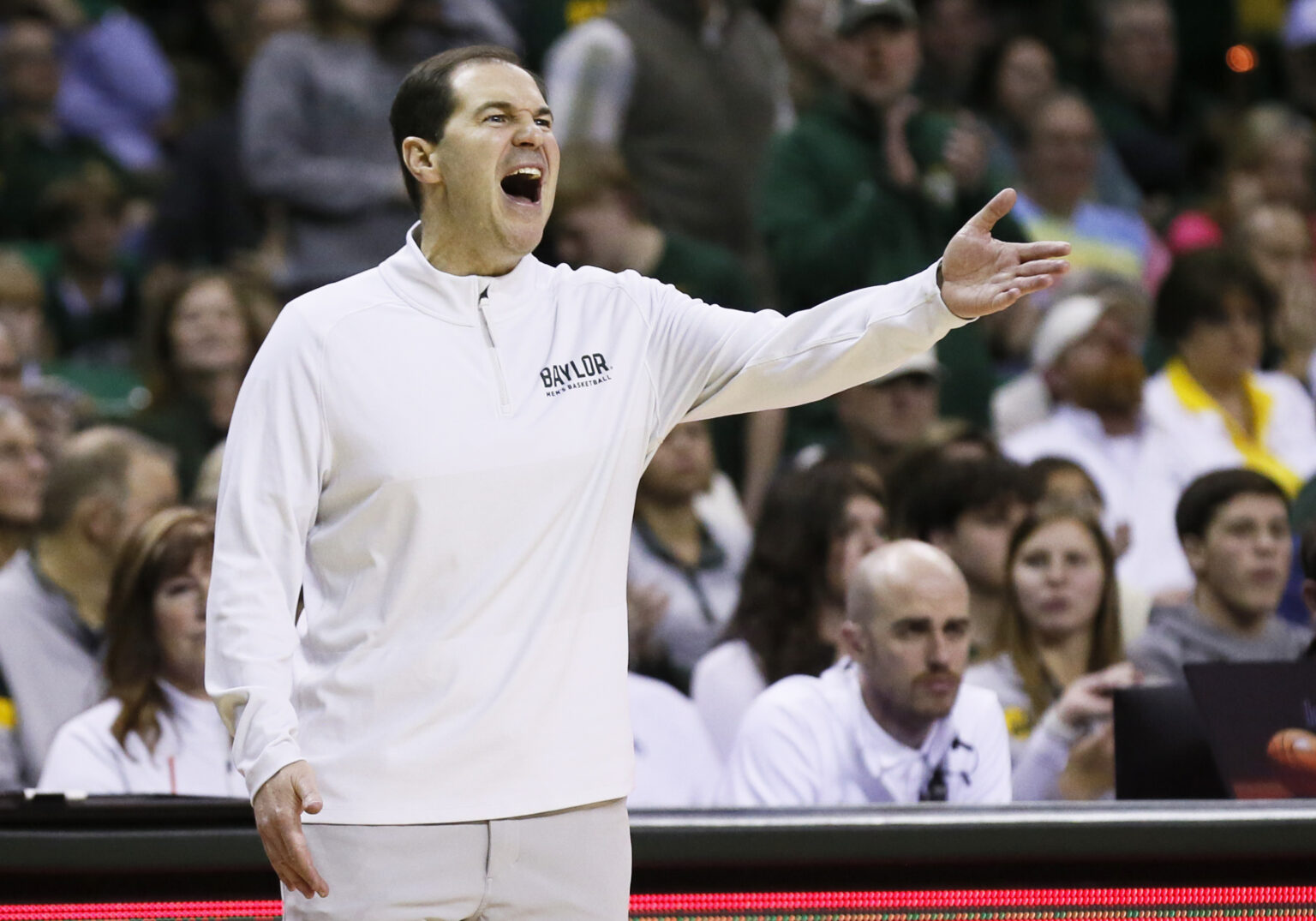 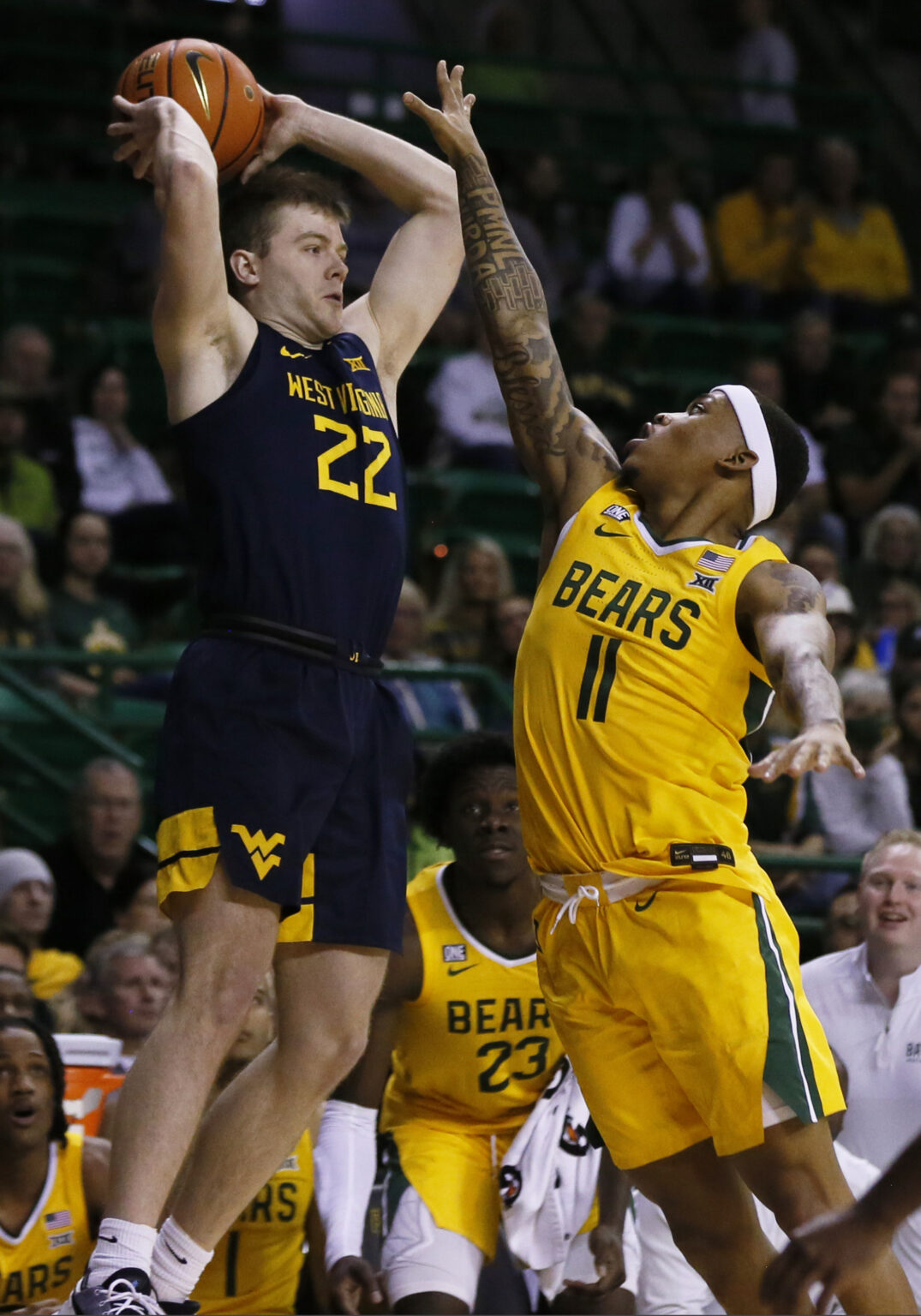 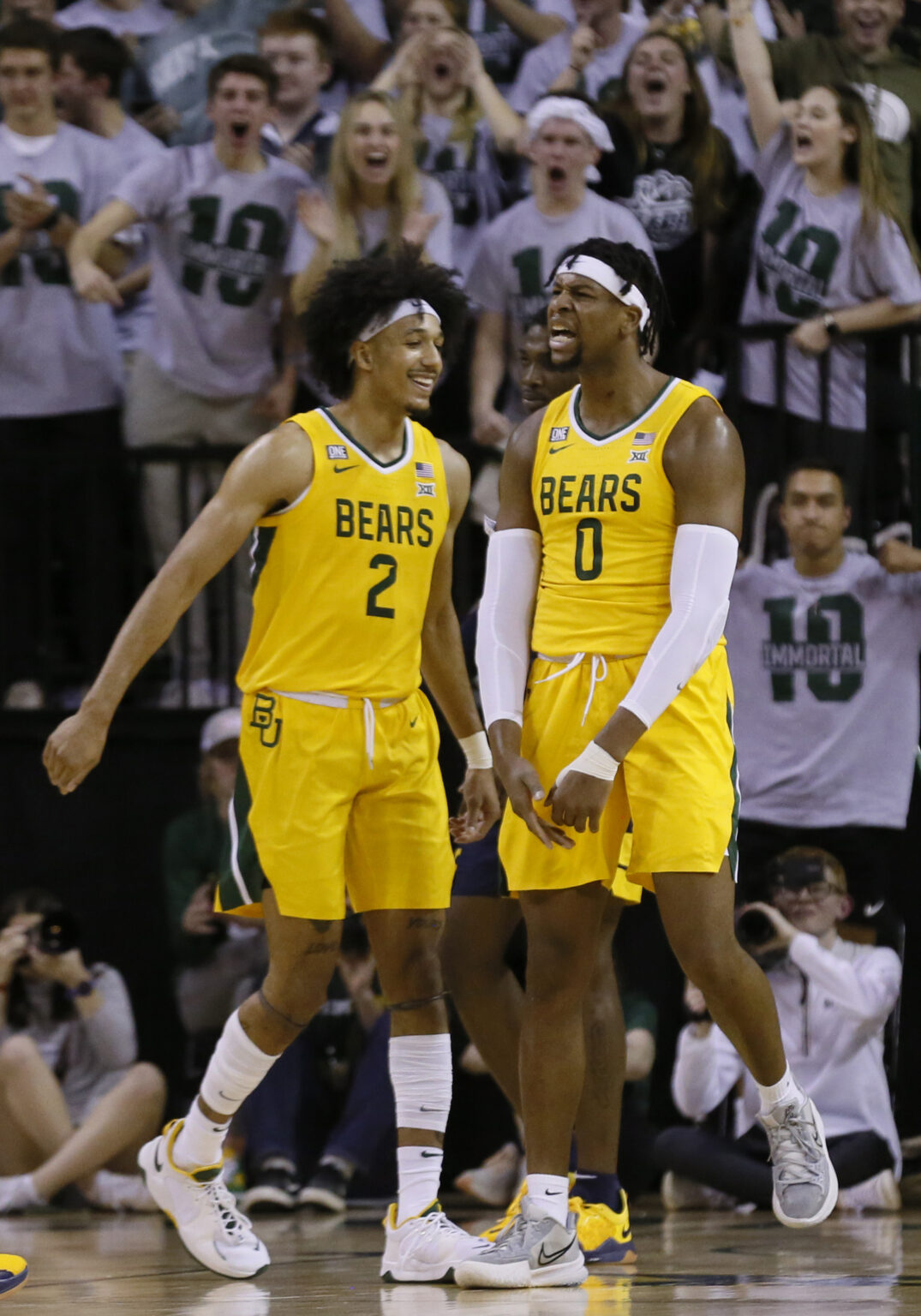 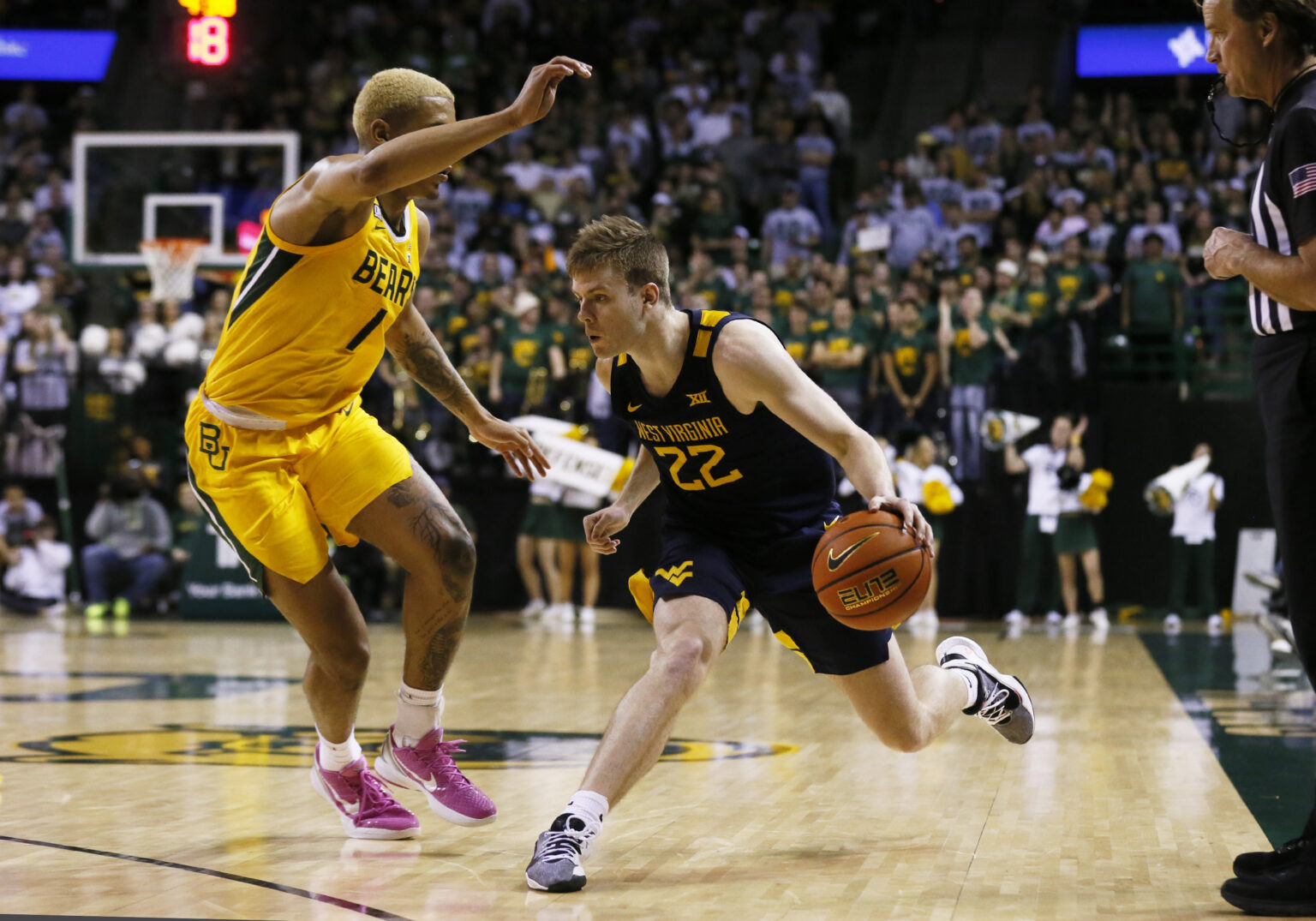 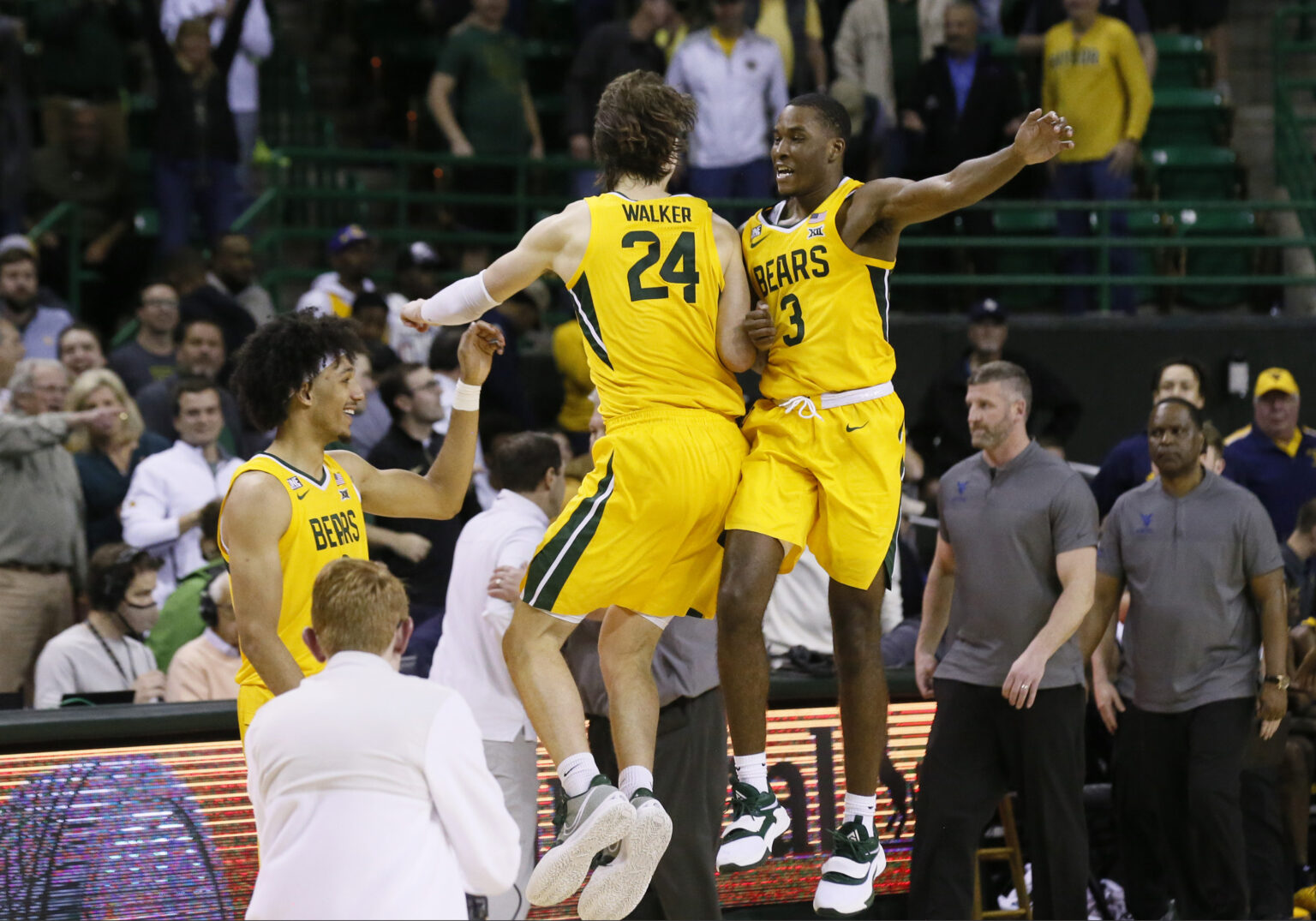 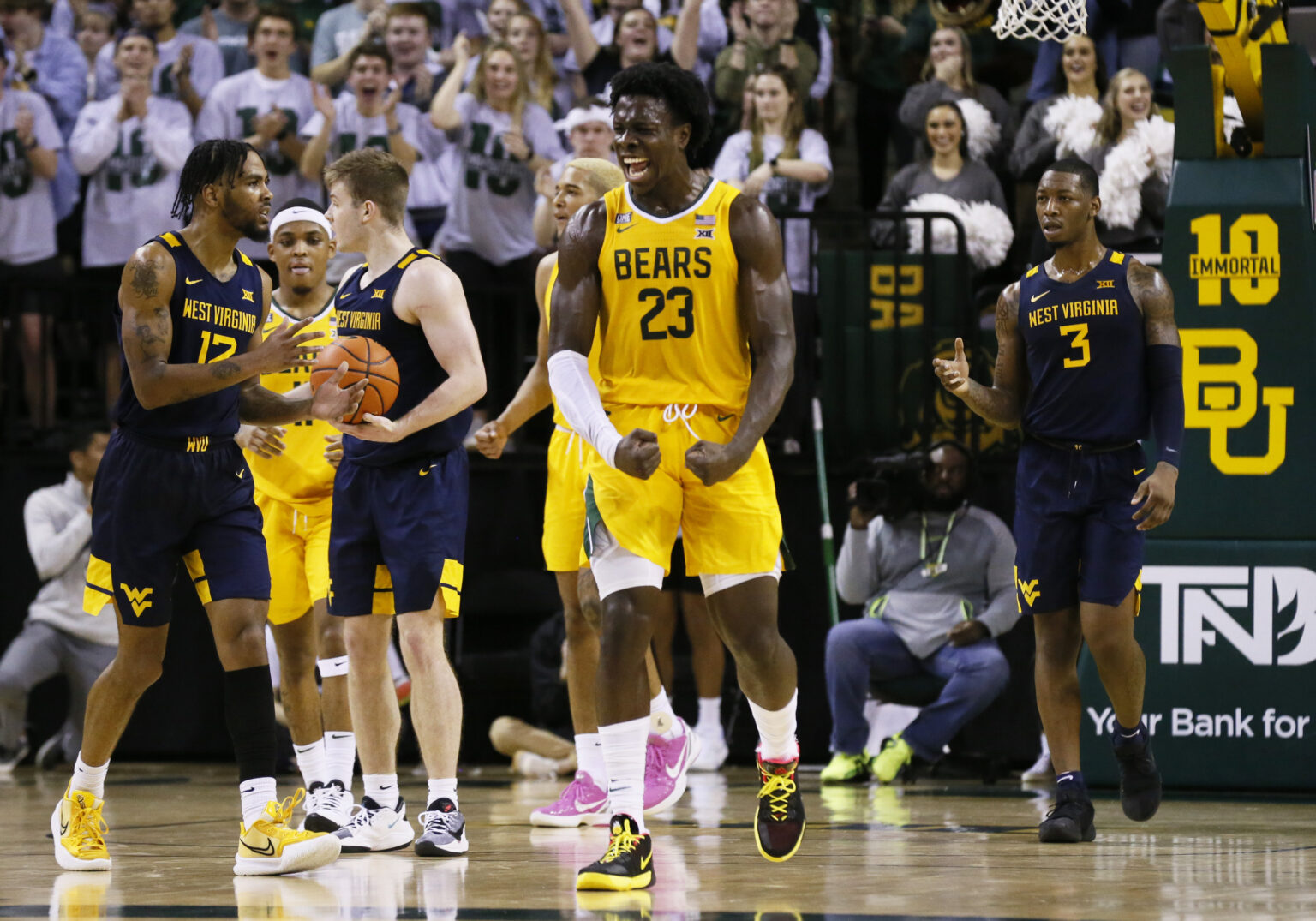 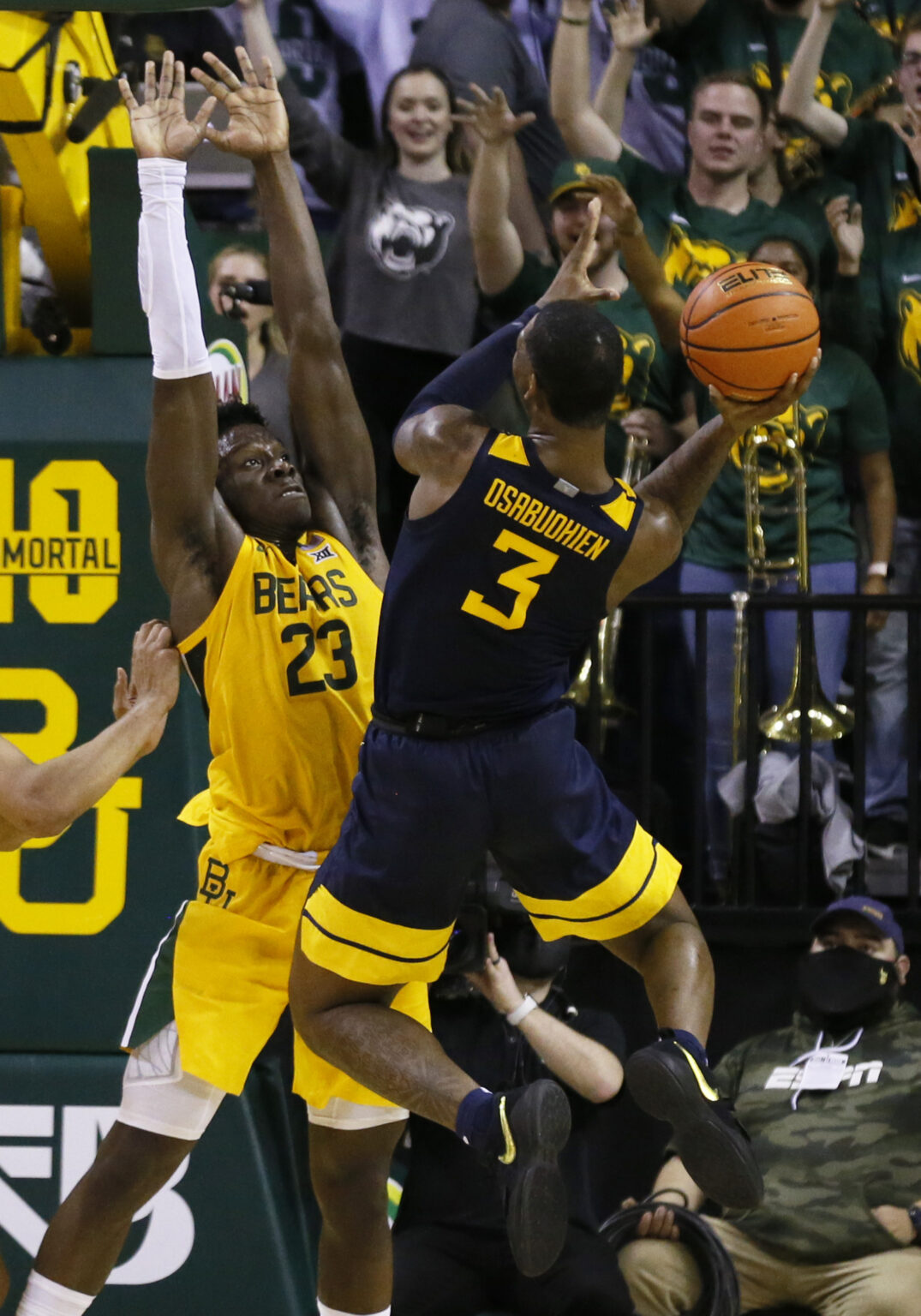 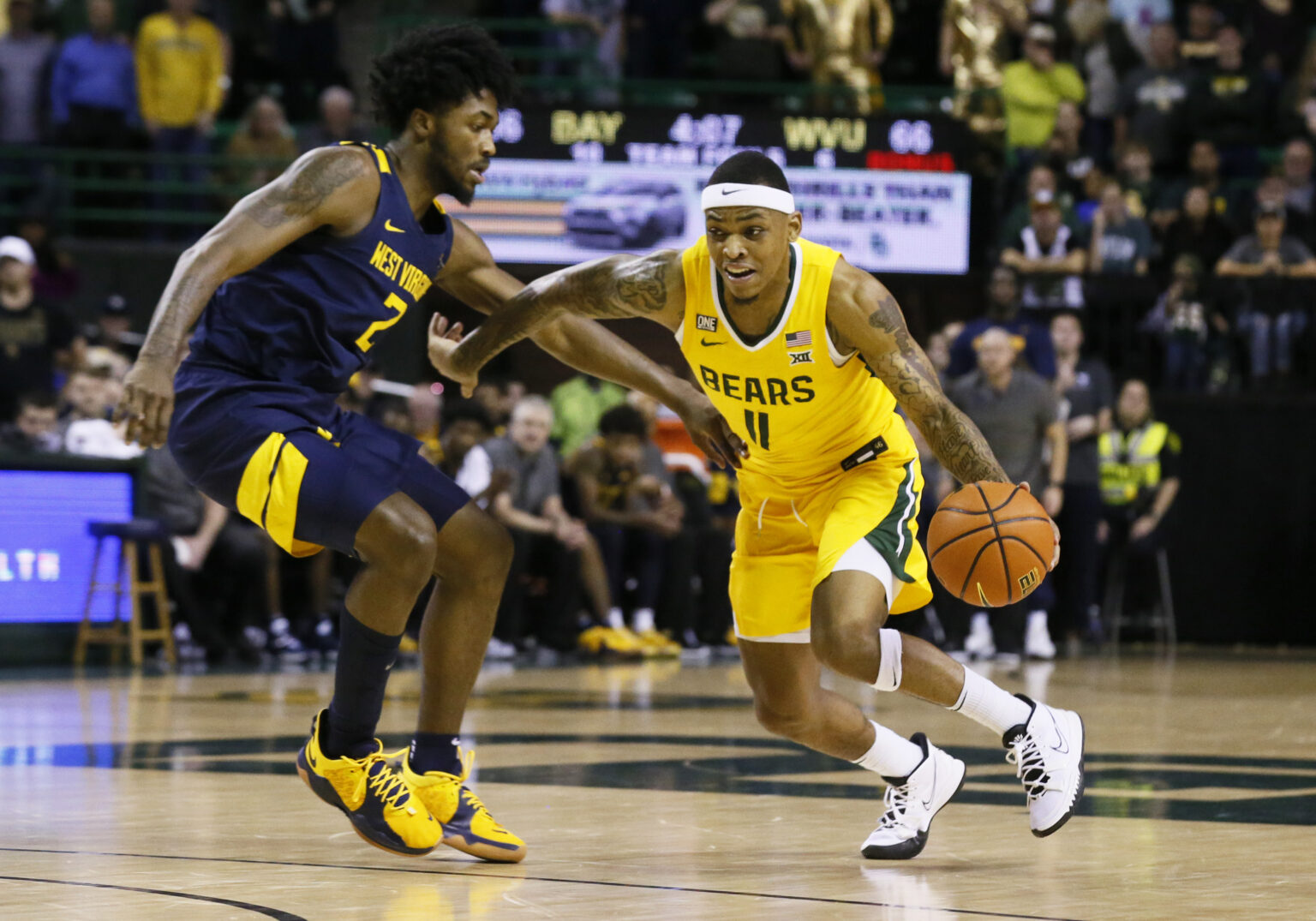 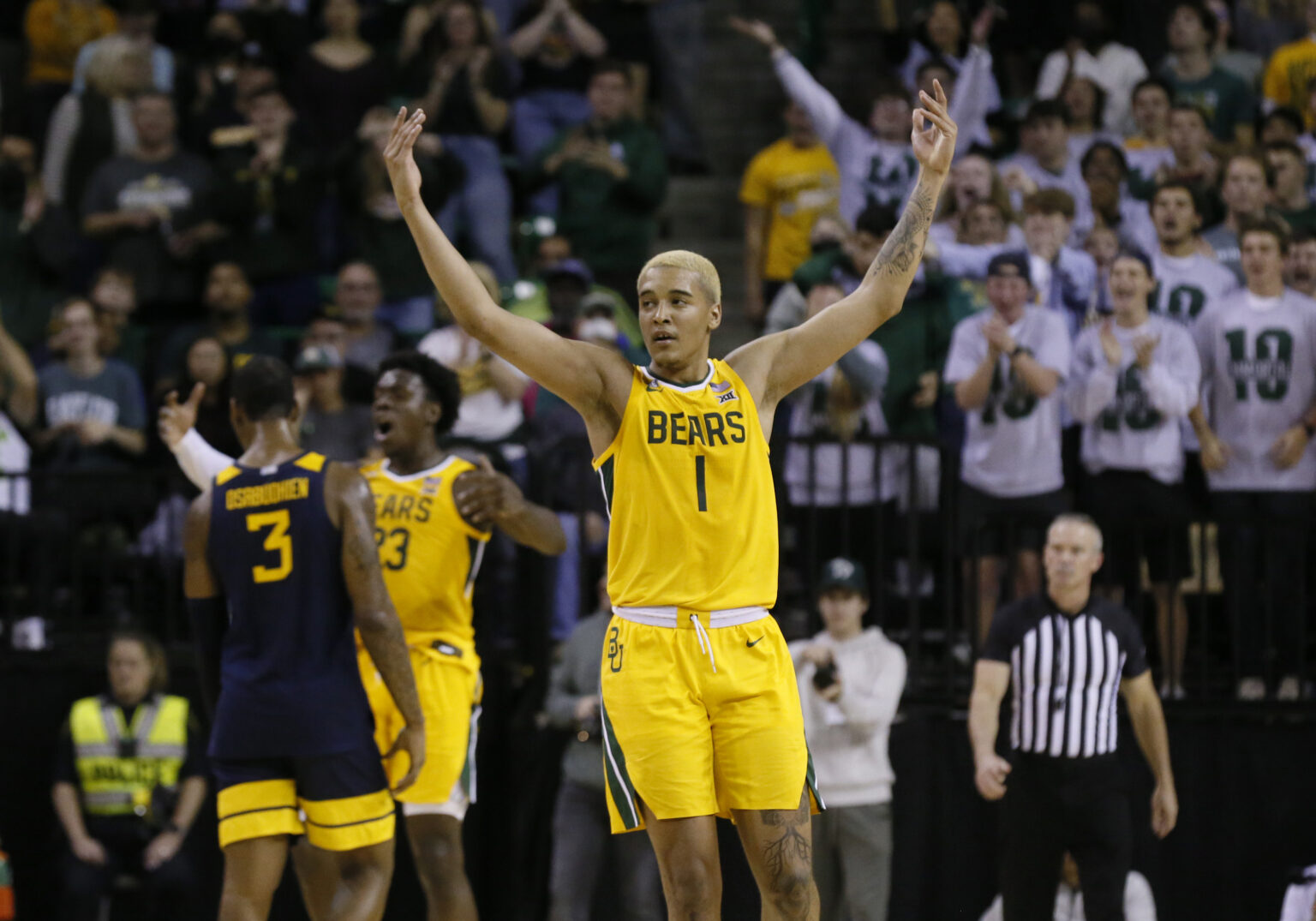 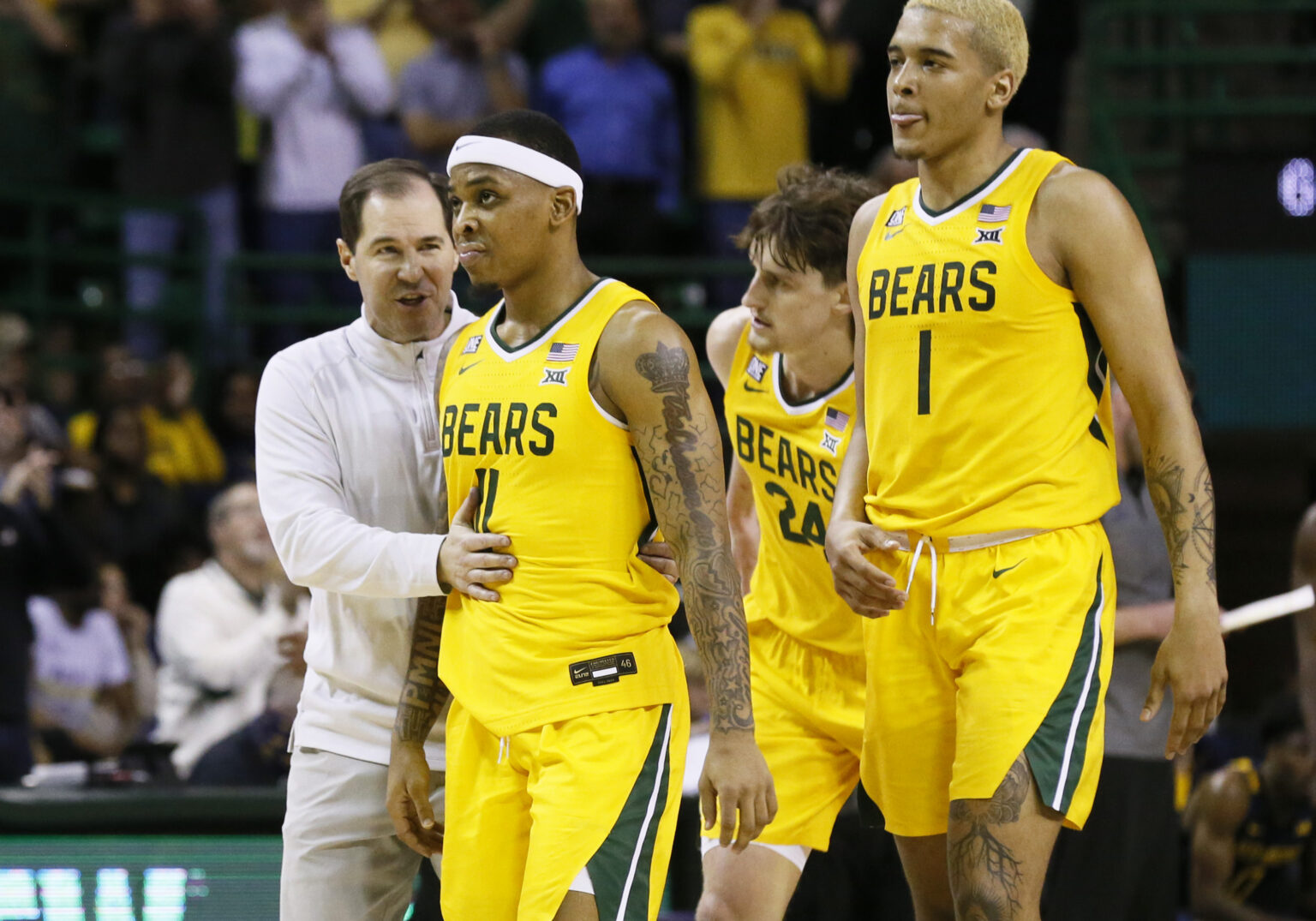 West Virginia saw an opportunity to claim a marquee road win go away down the stretch, with No. 8 Baylor scoring 50 second-half points and rallying Monday for an 81-77 victory at the Ferrell Center.

The Mountaineers (13-8, 2-6) got a stellar showing from guard Taz Sherman, who led all players with 29 points, but was sidelined for the final 3:42 after suffering a concussion. On the play, Sherman appeared to take a shot to the face on a sequence in which he turned the ball over with the game tied at 66 and 3:47 remaining.

“I’m better off not talking about that — I’ll get in trouble,” WVU head coach Bob Huggins said. “Clearly something happened. He’s laying on the floor. He may have been unconscious at the beginning, I’m not sure and we continued to play on, playing 5-on-4. Didn’t stop the game to look at it.”

With Sherman out, the Mountaineers threw the ball away on their ensuing possession, and Jeremy Sochan’s steal led to Matthew Mayer’s go-ahead basket.

Gabe Osabuohien split two free throws for WVU, which then hurt its cause by failing to rebound Sochan’s missed free throw and allowing Mayer to score off his board, giving the Bears (19-3, 7-2) a 70-67 lead.

WVU continued to match the Bears and got a challenged bucket from Osabuohien, but Mayer’s triple off the wing pushed the Bears’ lead to four. Dimon Carrigan scored inside to cut the deficit in half, but James Akinjo’s two free throws with 1:04 remaining allowed BU to regain its four-point edge.

After an Osabuohien miss, Mayer scored off an offensive board and Akinjo’s two free throws that followed Sean McNeil’s layup allowed Baylor to lead 79-73.

Seth Wilson banked in a triple to bring West Virginia to within three with 8 seconds remaining, but Akinjo split two foul shots to seal the verdict.

“It was huge,” McNeil said of Sherman’s absence. “He was playing really well and scoring the ball really well for us today. I haven’t seen him since he went down, but it obviously hurt us real bad.”

West Virginia put together perhaps its best first half all season and a 16-1 run to close it enabled Huggins’ team to lead 39-31 at the break.

Although Baylor was in front 20-10 at one time, the Mountaineers got two triples from Sherman and a Kobe Johnson 3-pointer to close their deficit to 22-19.

Baylor built its lead back to seven at 30-23 on two free throws from Akinjo, but Isaiah Cottrell’s two free throws, combined with two Sherman 3s in 38 seconds, enabled WVU to take a 31-30 lead.

McNeil connected from long range to make it a four-point WVU lead, and it became eight at the break when Wilson beat the first-half buzzer from deep.

“We went back to running motion that we ran when I first came back,” Huggins said. “Ran it then and all the way through the Final Four team and those guys were terrific, because they could all handle it and pass it. Our guys today did a pretty good job of running it.”

WVU’s lead grew to 55-46 on a McNeil 3 that was a high degree of difficulty, but after McNeil scored in the paint to make it 61-54, Baylor ran off 10 of the next 12 points and took a 64-63 lead when Jonathan Tchamwa Tchatchoua dunked with 5:24 to play. Those were two of the Bears’ 24 second-chance points, which were 22 more than the Mountaineers produced.

“I can show you why we didn’t rebound it,” Huggins said. “We competed. We really competed. I’m proud of them. I get to see things that you don’t see until way after the fact. I’m going to leave it at that, so I don’t get in trouble.”

West Virginia made 26-of-48 shots to finish better than 54 percent from the field. The Mountaineers also had 16 assists.

McNeil scored 16 and made 6-of-9 shots, while Jalen Bridges added eight in defeat.

“Credit to our guys. This has been a tough stretch for us, not only who we’re playing, but the results,” McNeil said. “Today, we came out and played really well and with a ton of enthusiasm and energy. I’m proud of everybody in there.”

Akinjo, who missed the Bears’ win in Morgantown on January 18 with an injury, poured in 18 of his team-high 25 points in the second half. The Bears played without guards LJ Cryer and Adam Flagler, a pair of key players in the backcourt. Cryer scored 25 points in the earlier meeting with WVU and entered the team’s top scorer with nearly 14 points on average, while Flagler scored 13 in the first matchup, which is on par with his average.

Baylor also played the first meeting against WVU without injured freshman forward Jeremy Sochan, who scored 13 points and led all players with nine rebounds this time around.

After missing its first seven free throws, Baylor finished 13 of 25, while the Mountaineers made 14-of-23 attempts from the line.

“We hung in there with our best player and one of the best players in the league laying in the locker room with a concussion. That showed a lot of strength that our guys could come through,” Huggins said. “We certainly don’t want to do it or try to do it without Taz. It’s pretty simple. We’ve lost games to good people. We haven’t lost games to any bad people. Now we just have to go win. We have to win on Saturday and then continue to win. Hope and pray that Taz is OK. I know how much it means to him.”