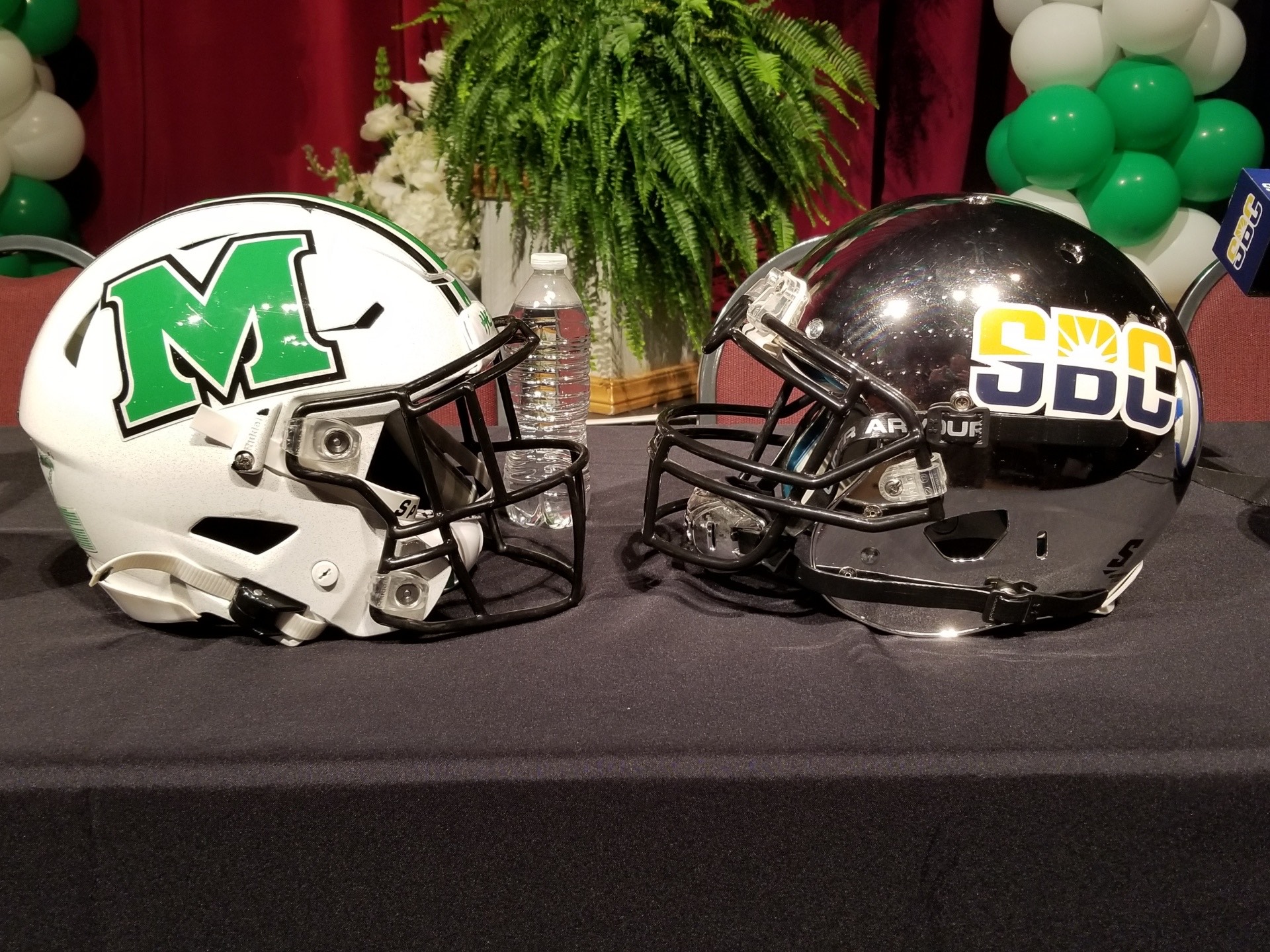 Marshall will join the Sun Belt Conference, but it remains to be seen when. Photo by Bill Cornwell

Marshall has made it known it wants out of Conference USA.

To do so in the time it desires, Marshall filed a lawsuit Tuesday in Cabell County Circuit Court seeking relief via a declaratory judgment and injunctions against Conference USA. The suit goes on to say that as a West Virginia state school, Marshall is eligible for sovereign immunity and is not subject to the arbitration bylaw in C-USA.

“For more than two months, Marshall University has attempted to reach a resolution with Conference USA regarding our decision not to participate in the league after this academic year; however, no progress has been made,” Marshall said in a statement.

“The action we brought [Monday] is the beginning of litigation intended to protect our rights, help us reach an agreement in a timely manner and clear the way for our shift in conference affiliation. We look forward to a successful resolution of this matter and a bright future with the Sun Belt Conference.”

The Herald-Dispatch was first to report Marshall had filed the lawsuit. In it, MU says it gave notice to C-USA its intention to leave the conference by July 1 on three separate January dates — the 12th, 20th and 25th. In its final two notifications to the league, Marshall specified it wanted to be left off C-USA football schedules in 2022.

However, last week C-USA released its upcoming football schedule and had Marshall part of it, along with Southern Mississippi and Old Dominion, fellow C-USA members also bound for the Sun Belt.

Those schools then issued public statements stating their intent to leave C-USA and the conference’s unwillingness to cooperate a somewhat cordial exit.

While C-USA’s current bylaws require schools to give the league at least 14 months notice prior to departing it, Marshall says in its lawsuit that rule was not in place back in 2003 when the Thundering Herd joined C-USA, and therefore, MU is not subject to it.

Marshall, as well as ODU and Southern Miss, accepted invites to join the Sun Belt in October 2021.

Marshall is the first of those three schools to file a lawsuit in an effort to block the demand for arbitration, though it’s expected the other two will as well.

Back in 2011, as it tried to leave the Big East for the Big 12, West Virginia University filed suit against the Big East. The Big East responded with a countersuit and the two sides ultimately settled through mediation and WVU paid $20 million — four times the original exit fee — to leave for its current conference.