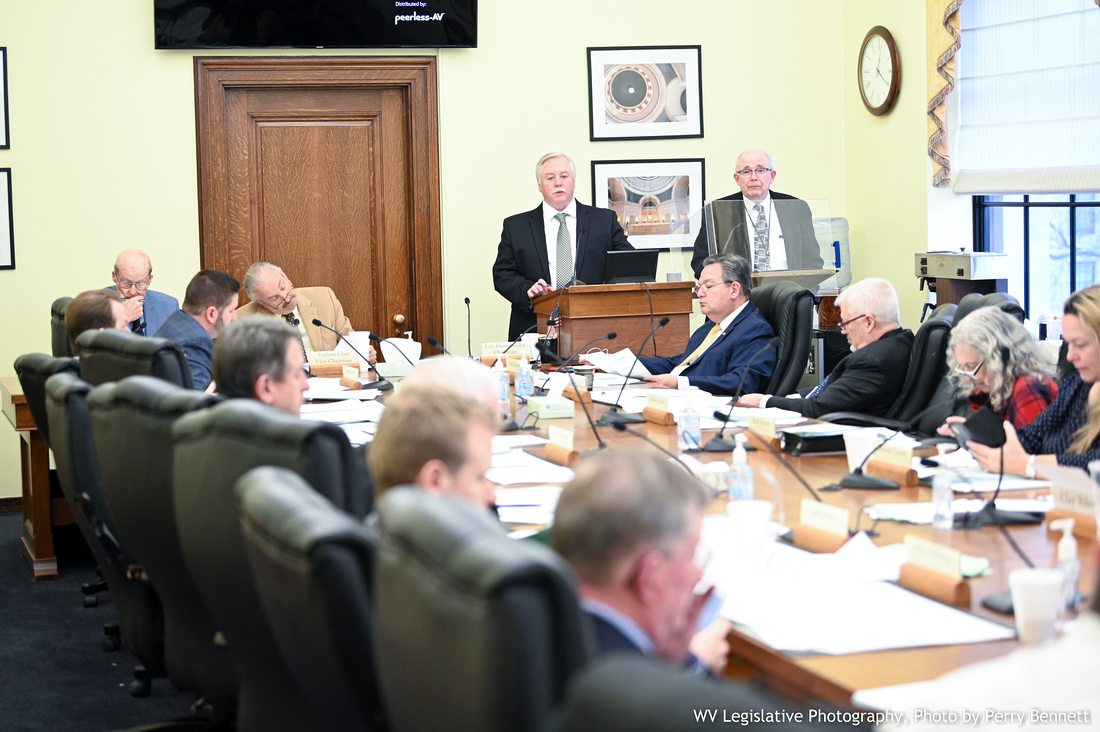 The full House of Delegates will consider dividing the enormous Department of Health and Human Resources in half.

The House Finance Committee on Friday afternoon advanced House Bill 4020, providing a year longer to complete the reorganization than a previous version. In this case, the transition into the Department of Health and the Department of Human Resources would be finalized by July 2023.

DHHR Secretary Bill Crouch spoke before the committee, warning that some financial issues might not be easy to resolve if the agency splits in half.

One delegate countered that the secretary was exaggerating, and others said financial issues could be overcome while trying a new approach to the agency that takes on some of West Virginia’s biggest challenges.

“It is far too large for anyone, individually, to manage,” said Delegate Matthew Rohrbach, the chairman of the House Health Committee who also serves on Finance. “We are struggling. And it is too much for any one person to expect to have control over all of this.”

Rohrbach said leaders in charge of the two separate agencies should be able to cooperate. “And I think if we put both of those people on equal footing, they’ll be able to work together. And if they can’t work together, guess what: The governor’s got the wrong people.”

Crouch was called to testify before the committee, just as he was earlier before House Health. He urged caution about the finances that might be involved, particularly flowing from the federal government.

“We have 143 federal funding streams that go into DHHR,” he said. “A lot of these grants are very specific to the bureaus that they go to. Medicaid is a good example where those funds must go to the designated Medicaid agency, and changes to those funding streams the feds are very particular about where the money goes and making sure it goes to the right place.

Delegate Marty Gearheart, R-Mercer, asked whether the split would be more efficient or save money. Or on the other hand, Gearheart asked whether investments might be necessary for the change that would actually make it more costly.

Crouch suggested that the change might cost more, citing an in-house estimate of an additional $6.3 million.

Making reference to the agency’s overall annual budget, Crouch said, “The idea that you can take a $7.5 billion department and split it into two and just keep everything the same underneath it, I just don’t think that’s logical.”

When Crouch left the room, Delegate Dianna Graves questioned what he had just said. “Given that I, in my opinion, believe the committee was at the very least misled, I feel like I have to say this,” Graves said.

Graves said a fiscal note estimating a $309,000 cost is likely more accurate. And she contended DHHR moves money to and from other agencies routinely.

“There is no intellectually honest argument that this will impact federal monies. There just isn’t. I don’t know how to say that other than to call it an outright lie.”

Graves, who is an accountant and auditor, continued, “I understand he’s an intelligent person and you might want to take his word for it. But as someone who deals with money and this kind of stuff on a routine basis and who has never lied to any member of this committee ever, I’m telling you that what we were just told, in my opinion, is not true.”

Gearheart, the delegate who had asked Crouch about financial implications, commented that he agreed it’s most likely that splitting the agency would result in growing government.

“What I see is when we separate departments is that both departments get bloated and we get more and more government,” Gearheart said. “It seems logical based on the other things that have come before us that whatever happens here to divide, add, these departments have massive reorganization costs.

“So the short term there’s a whole lot of cost, and in the long term the evidence would show us that we divide these departments they grow.”

Delegate Larry Rowe, D-Kanawha, agreed with an amendment giving months longer to plan the split. But Rowe also said he was uncomfortable quickly considering the ramifications of the move on, essentially, the last day of the regular session to move bills from committee.

“On the last day of session to get it through on three days reading and having a cabinet secretary accused of false swearing and the real passions that are running on this bill, I’m uncomfortable with how grand this change is in state government,” Rowe said.

Rowe followed up by noting that the bill that would reorganize an executive agency did not seem to come at the request of the governor.

“I looked at the bill to see if it was at the request of the executive and it is not,” he said. “I think the secretary, it felt like to me, he was cautioning us that we’re looking at some real expense and some real difficulties. I think, internally, the department needs some work. The bureaus don’t always work together. But just dividing this into two departments doesn’t really solve any of the problems that exist.”