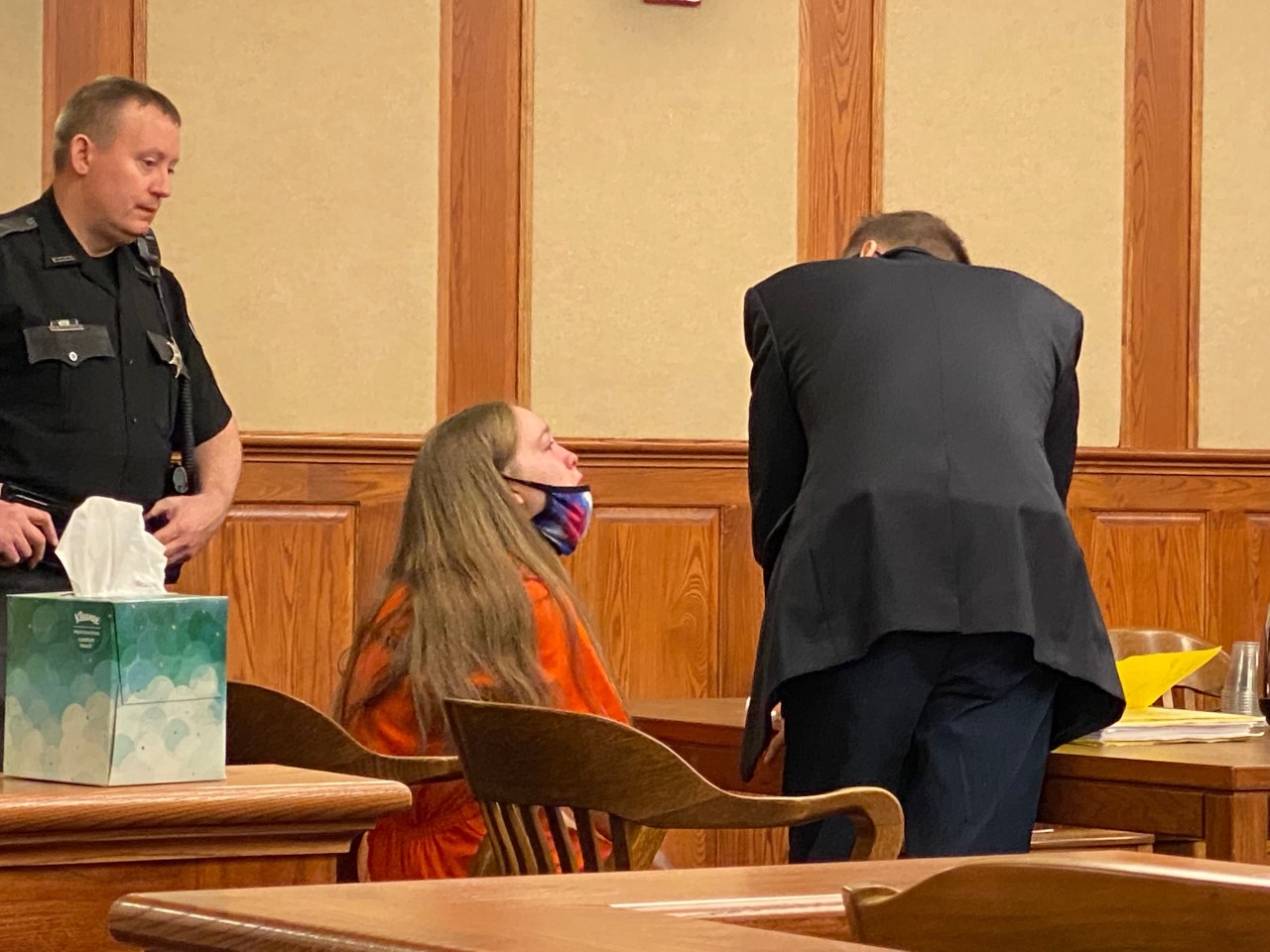 CHARLESTON, W.Va. — A Kanawha County judge has denied a request to reconsider the prison sentence of a young woman for her role in a Dec. 2020 quadruple murder.

Rebecca Walker, 18, was emotional during a Tuesday morning hearing when she apologized for being an accessory after the fact when her teenage boyfriend allegedly killed four family members.

“I just wanted him to know I’m sorry for what happened,” Walker said referring to the children’s grandfather who she wished was at the hearing.

Walker had already been sentenced to 10 years in prison after a previous guilty plea.

Walker’s attorney attorney Robby Long asked Judge Kenneth Ballard to reconsider her sentence given she was a teenager at the time of the crime and just recently turned 18. Long said Walker was in a vulnerable state.

“These events happened in a time in her life when she had just lost her mother. She latched on to her boyfriend, confided in him, believed his stories and ultimately participated in her role in these crimes,” Long said.

Walker’s boyfriend, Gavin Smith, was 16 at the time of his arrest for the four murders. Authorities said Daniel Dale Long, 37, Risa Mae Saunders, 39, Gage Ripley, 12, and Jameson Long, 3, all of Elkview, were found dead in their home in Dec. 2020. Investigators said they all died of gunshot wounds.

Long said Walker has been “doing amazing” and is described as “focused” in the juvenile facility and asked the judge if she could stay there until she gets her high school diploma and then release her to home confinement.

Judge Ballard ultimately decided to keep with the current terms of the previous binding plea agreement which is 10 years behind bars. The judge said the law required Walker to be transferred to an adult correction facility given her age.

“She turned 18 back in November, so she’s had at he luxury of being in a juvenile facility for several months after she turned 18,” he said.

“Rebecca and Mr. Smith talked about this crime before it occurred,” Morris said. “She helped the defendant hide out and provided him with place for about three days after he murdered his entire family. She lied to police.”

Morris continued to tell the judge, “Even if it wasn’t for the binding plea, four lives were taken here.”

Smith, the alleged shooter, was transferred to adult status by Ballard earlier this month.