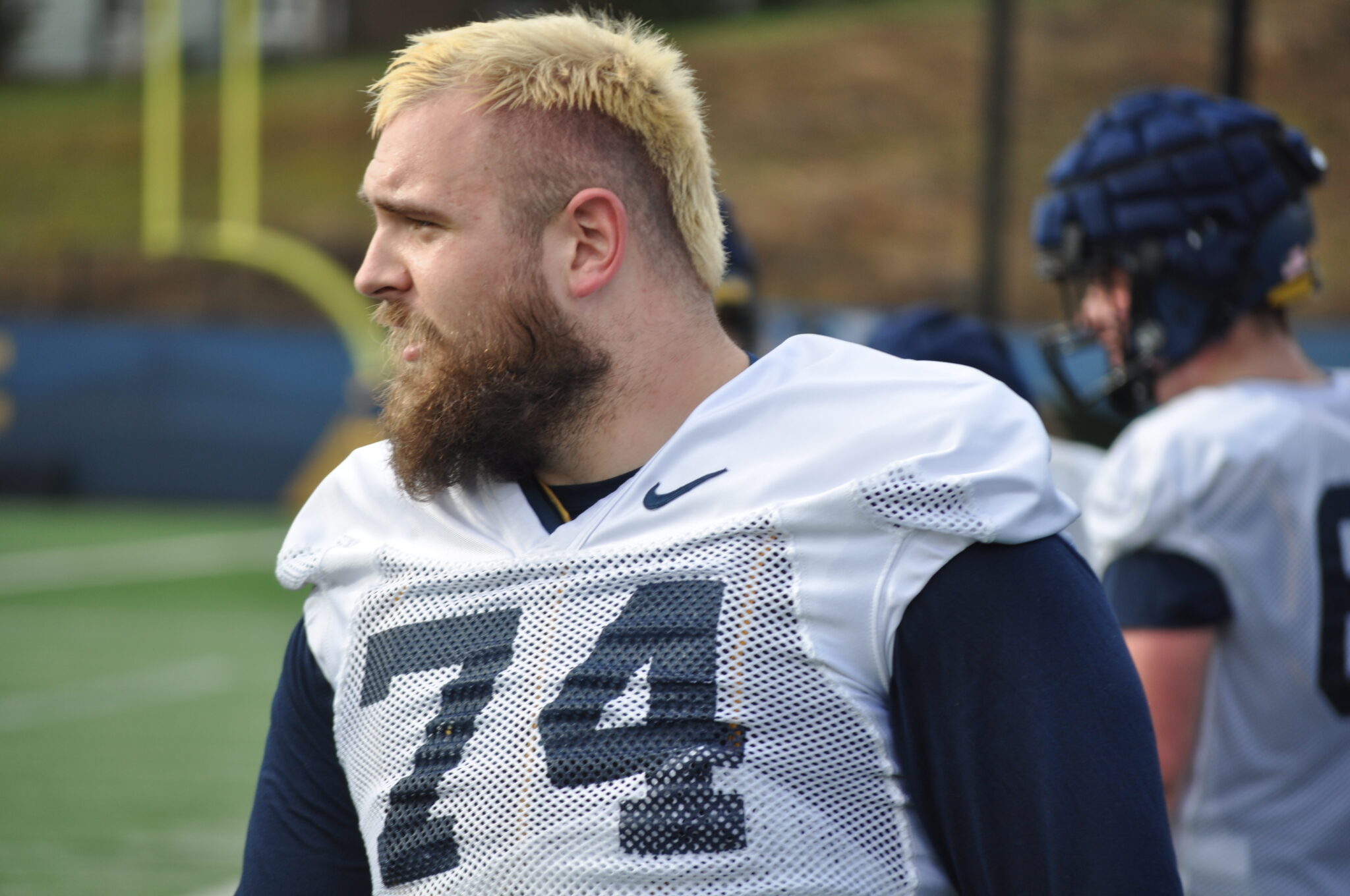 MORGANTOWN, W.Va. — Saturday marked West Virginia’s third practice of spring football, and each of the three has placed a heavy emphasis on the installation of first-year offensive coordinator Graham Harrell’s offense.

Harrell, hired away from USC in January in an effort to spark what has too often been a sluggish unit in recent seasons, should benefit from the return of all five starting offensive linemen from last season’s team.

Center Zach Frazier, guards James Gmiter and Doug Nester and tackles Wyatt Milum and Brandon Yates provide a wealth of experience and continuity up front. The only significant change to the unit at this point is Yates moving from left tackle to right tackle, a position Milum occupied for much of last season as a true freshman. Milum is now the left tackle and will play next to Gmiter instead of Nester.

“We have a great relationship off the field,” Gmiter said. “We text every day. Whenever we have team events, we’re all together. We mesh really well. We all have something in common and we all understand the common goal is to be a great team and be a great offensive line. We’re really pushing each other to push for that Joe Moore Award [annually given to the top offensive line in college football], to be a finalist for that and to be one of the best groups to come through here.

“Across the board, we all have that same mindset and that’s what’s really going to help us throughout this year.”

At times in 2021, the offensive line more than held its own, though that generally came against lesser teams on the Mountaineers’ schedule. Milum and Nester, a Virginia Tech transfer, were both in their first seasons at WVU, while Frazier and Yates saw extensive action at this level for a second season.

To take the next step, Gmiter, the team’s most experienced lineman, believes the unit must rise to the occasion against top-tier competition.

“The next step is definitely doing it against teams where people don’t think we will,” Gmiter said. “Being consistent is something we’re really trying for. We want to be the same person day in and day out. [Offensive line coach Matt Moore] always says, ‘your good days are really good, and then your bad days cannot be bad.’ You have to be the same person every day and that’s starting to come along throughout our room.”

For now, head coach Neal Brown remains unsure who will enter the season as the starting quarterback. Unless West Virginia looks to add a signal-caller through the transfer portal, the competition appears to be between Garrett Greene, Will “Goose” Crowder or true freshman and early enrollee Nicco Marchiol. Greene has attempted 30 career passes in college, while Crowder has thrown two.

The experience along the offensive line should only help the team’s quarterbacks.

“The biggest thing is they are the ones that are going to run the offense, so we’re going to listen to what they have to say,” Gmiter said. “But if we have an adjustment that we would make, we’d throw it out there like, ‘hey this is what we would do or if we get this look, this is what we’re going to do.’ It’s not like we’re telling them what to do and they’re not telling us what to do. It’s a fluid motion of communication and understanding.”

The presence of Harrell, who helped guide successful offenses at North Texas and USC in his previous stints as a coordinator, could be a big lift to an offense in need of one, according to Gmiter.

“The main thing is the excitement that coach Harrell brings,” Gmiter said. “Having a guy like him in this program where his big thing is having fun, kind of letting loose and lighting the scoreboard up, that’s what this offense needs.

“We have guys that can make explosive plays like [wide receiver Kaden Prather], [running back] Tony Mathis and our offensive line is experienced enough where we have the ability to make the explosive plays work. He brought that in within the first three days. Today was the most explosive plays we’ve had in a practice, so you can see just by what he brings to the table that it’s going to elevate our offense.”

Gmiter, who has started 25 games over three seasons, believes there are a number of reasons to be optimistic about Harrell’s presence.

“His approach to the game and his mindset — the first thing he told us when he got here is we’re going to light it up,” Gmiter said. “That kind of rejuvenated our group. We have guys that want to score points and want to win games and him reassuring that to us really put it in perspective that we can do it with him.

“He was in Green Bay and he was a great quarterback. He knows what to adjust, how to call something and his football IQ is through the roof. That’s what’s going to make him a great offensive coordinator.”