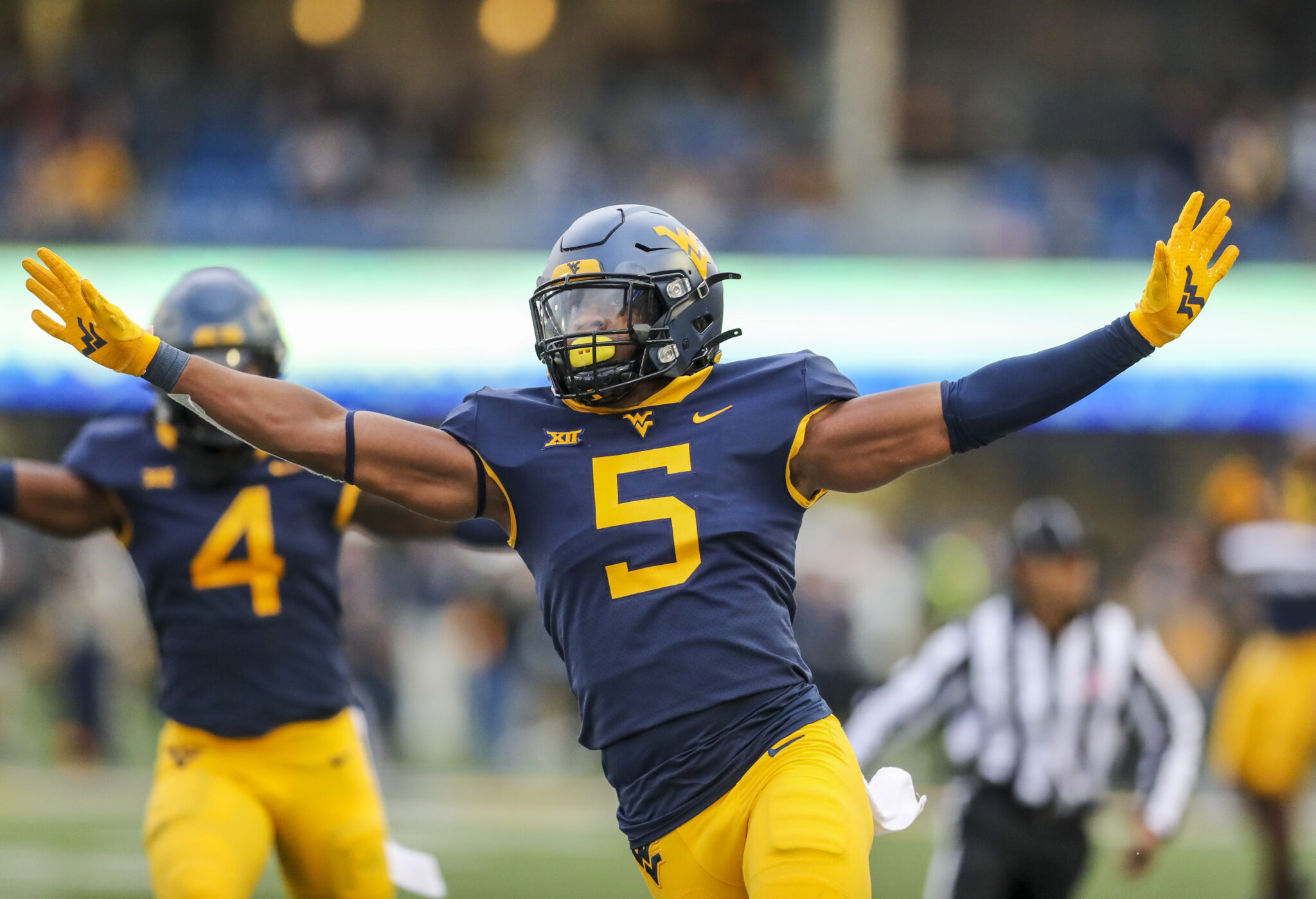 MORGANTOWN, W.Va. — When West Virginia football coach Neal Brown addressed the media at the start of spring practice on March 22, he made it a point to include linebacker Lance Dixon in his opening statement.

“My expectation is for Lance Dixon to make a huge jump going from year one to year two in the system,” Brown said. “He’s had a good offseason.”

Dixon, a Penn State transfer, settled on WVU in March of 2021. He made an impact in his first season with the Mountaineers, though Dixon hopes that pales in comparison for what’s to come.

Dixon showed flashes of what he’s capable of in 2021. Despite missing the last three regular-season games with an injury, he finished tied with defensive lineman Dante Stills for the team’s ninth-leading tackler with 36 stops.

The climax of Dixon’s first season at West Virginia came in a Guaranteed Rate Bowl loss to Minnesota, when the then-redshirt sophomore led all players with 11 tackles and added a pass breakup.

“[Injuries] set me back physically, but I still stayed in the playbook and tried to learn more, so I could do more when I got back,” Dixon recalled. “In the bowl game, I felt way better out there than weeks one through nine.”

Brown saw a difference from Dixon upon his return for the bowl game, one the head coach believes can at least partially be attributed to him growing more comfortable as a will linebacker.

“We were asking Lance to play a different position than what he had played at Penn State,” Brown said. “It just takes a little bit of time.”

Dixon, a will linebacker, hopes there’s a carryover effect from that performance as he goes through spring practice in preparation for a second season at West Virginia that should feature a more expanded role.

The opportunity to play more outside the box, something Dixon rarely did at Penn State, is what the Oak Park, Michigan native believe best suits his skill set.

“I’m fast, so I like to run,” he said. “You get more opportunity to run outside the box. I like to showcase my speed more than anything.”

At Penn State, Dixon estimates he played inside the box about 90 percent of the time, whereas at West Virginia it’s closer to a 50-50 split. That was a primary factor in Dixon settling on the Mountaineers when he decided to move on from the Nittany Lions.

“I like how they let their wheels run out in space and I can do more things than I was allowed to do at my last school,” Dixon said. “I like that a lot.”

That speed certainly has Brown’s attention.

“Both Lance and [injured linebacker Exree Loe] run extremely well,” Brown said. “In a foot race, those guys are probably in the top twelve to fifteen guys we have running.”

Dixon, listed at 6-foot-2 and 214 pounds, estimates he’s between five and eight pounds lighter than what he weighed at Penn State. The Nittany Lions’ 2020 roster showed Dixon at 221 pounds to further back that claim.

On the second and third levels of West Virginia’s defense, there is far less experience than what the Mountaineers had entering 2021, but the thought is the team’s linebackers and defensive backs should have more speed, versatility and length — all assets that could greatly benefit defensive coordinator Jordan Lesley’s unit.

The addition of North Dakota State transfer Jasir Cox on Monday only adds to those thoughts.

“We have a whole bunch of new guys coming in and a lot of them are long, fast and athletic,” Dixon said. “It’s going to be a fun season. I like the pieces we’re adding and what we’re doing. We have a new mike linebacker [Lee Kpogba]. I like him a lot. We’re playing in space very well. We have a couple new safeties in the back end. We’re going to see if they’re ready to compete and ready for the season.”

One area where West Virginia isn’t lacking experience or production from past season is along the defensive line, where Stills, Akheem Mesidor and Taijh Alston return as the headliners of a group expected to lead the defense.

Although Mesidor is out for spring practice, Dixon believes the presence of proven veterans up front is a major aid for those playing behind them.

“That definitely helps, especially for newer guys like Lee coming in,” Dixon said. “It’s easier for him to be able to know that the guys in front of him are going to do exactly what they’re supposed to do. It’s hard if you’re trying to learn your coverage routes and your gap, and the guys up front might mess it up.

“Now you’re confused and you don’t really know what you’re doing. So it’s definitely helpful to have those guys in front of you that know what they’re doing and they’re going to be in the right spot every time.”