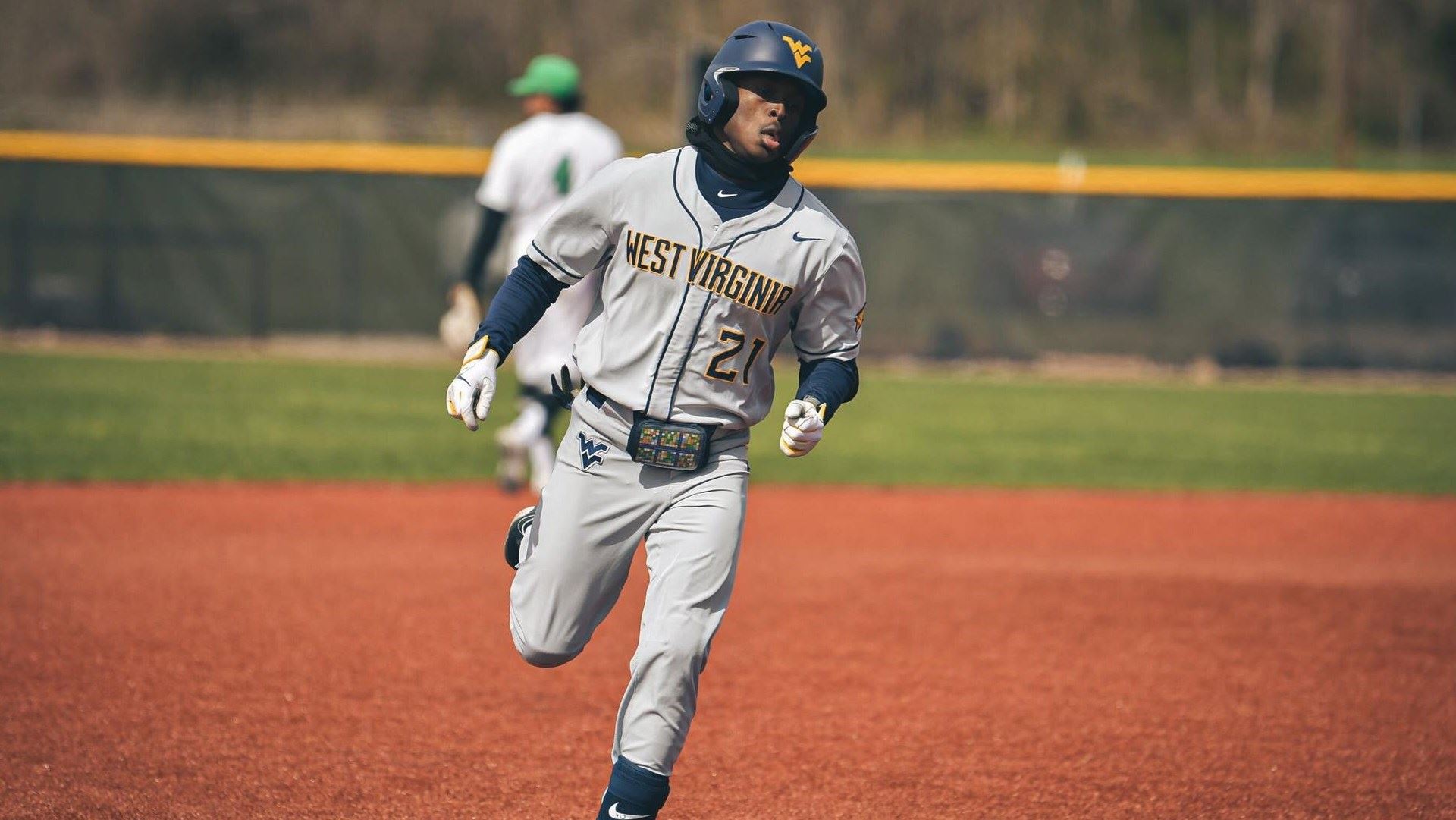 Austin Davis hit one of West Virginia's three home runs in a 7-3 win at Marshall. Photo courtesy of WVU Athletics

HUNTINGTON, W.Va. — West Virginia utilized a quality start from Zach Bravo and three home runs in the early innings to grab a lead 7-0 over Marshall through six innings.

Then things got interesting later on as the Mountaineers called on on six relief pitchers over the final three innings to nail down a 7-3 win on a chilly, overcast Tuesday at George T. Smailes Field at the Kennedy Center YMCA complex.

Braden Berry had a two-run double, Mikey Kluska a two-run homer and a solo shot from Austin Davis in the second to stake Bravo to a 5-0 lead. Kluska got his third RBI on a sacrifice fly in the fourth and solo homer by Victor Scott in the fifth allowed the Mountaineers (14-8) to lead 7-0.

“We just have to pile up the wins,” WVU coach Randy Mazey said. “We have to do it by committee — that’s the way we’ve done all year and that’s how we’re going to have to keep doing it.”

Thundering Herd starter Ryan Capuano (1-4) went five innings and took the loss. It was his fourth career start against the Mountaineers.

Bravo (2-0) worked the first six innings and allowed three hits on 69 pitches. Fifty of those pitches were strikes and the right-hander retired the final seven batters he faced.

Aidan Major came on in the seventh and allowed a solo homer by Jordan Billups for the Thundering Herd (12-12-1) to end the shutout bid.

In the eighth, WVU went through four pitchers to halt a threat after two runs scored. Travis Sankovich plated the two runs on a single off left-hander Beau Lowery. Trent Hodgdon started the eighth, followed by Noah Short, Lowery and Chase Smith. Short, Lowery and Smith each retired one batter. For Smith, it was his 100th collegiate appearance.

In the ninth, WVU turned to Daniel Ouderkirk to finish it, but the Herd didn’t go quietly. Marshall had runners on second and third with two outs before Ouderkirk got on a called third strike on Ryan Leitch to end the long afternoon, extend the WVU win streak to four and leave the Herd with nine runners left on bad.

The Mountaineers have won 11 of the last 12 meetings between the two teams and lead the all-time series 51-25. The rematch is scheduled April 6 in Morgantown. Game time is 6:30 p.m.

Austin Davis went 3-for-4 to lead the WVU’s eight-hit attack. Kluska and Barry had just one hit each, but they accounted for five runs.

Sankovich and Billups each had two hits to lead the Herd offense.

West Virginia is back in action Wednesday at Pitt. First pitch in the Backyard Brawl at Charles L. Cost Field is 5 p.m. The Mountaineers open Big 12 Conference play Friday for a three-game set at TCU.

Marshall (2-4 in Conference USA) returns to league action this weekend with a three-game set at UAB. The Blazers are 15-7 overall and 3-3 in C-USA.