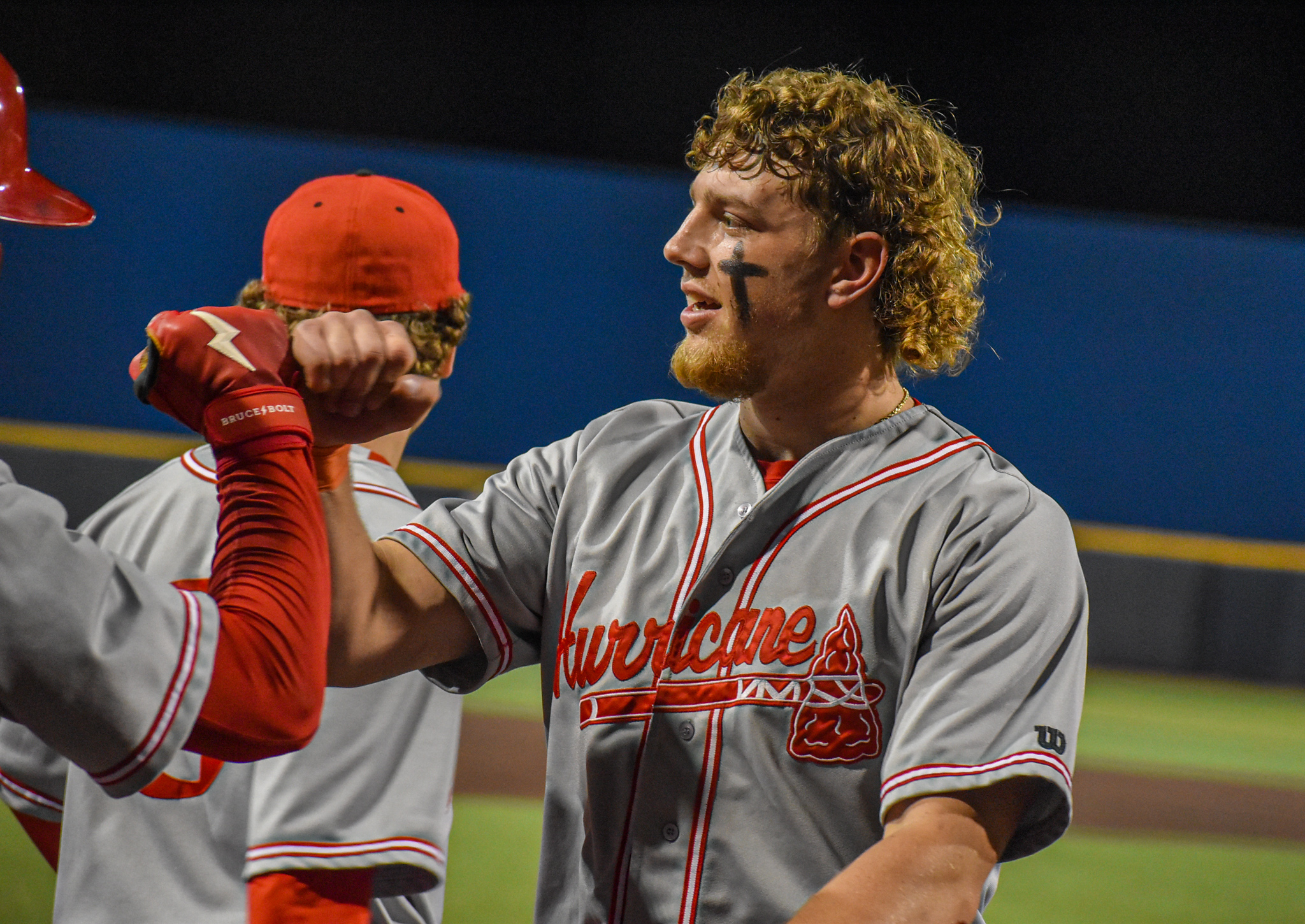 GRANVILLE, W.Va. — No. 3 Hurricane scored four runs in the first two innings and four more in the final two innings to defeat University, 8-3 in the second game of the Mon County Baseball Classic at Wagener Field.

The Redskins (19-3) jumped on the scoreboard in the first inning with a two-run double from Quarrier Phillips and a run-scoring single from Luka Moore. An RBI triple from Brogan Brown extended the Hurricane lead to 4-0 in the second inning.

University (8-9) answered back in the third inning when Wenkai Campbell blasted a two-run double to center. An Aaron Forbes sacrifice fly cut the Hawk deficit to 4-3.

Hurricane rebuilt their lead with a three-run sixth inning. They added a run in the seventh to complete the scoring.

Ethan Spolarich picked up the win on the mound for Hurricane. He allowed six hits in five innings before giving way to Owen Gress.

Spolarich and Cam Carney had multi-hit games for the Redskins. Phillips and Moore both drove in two runs for Hurricane.