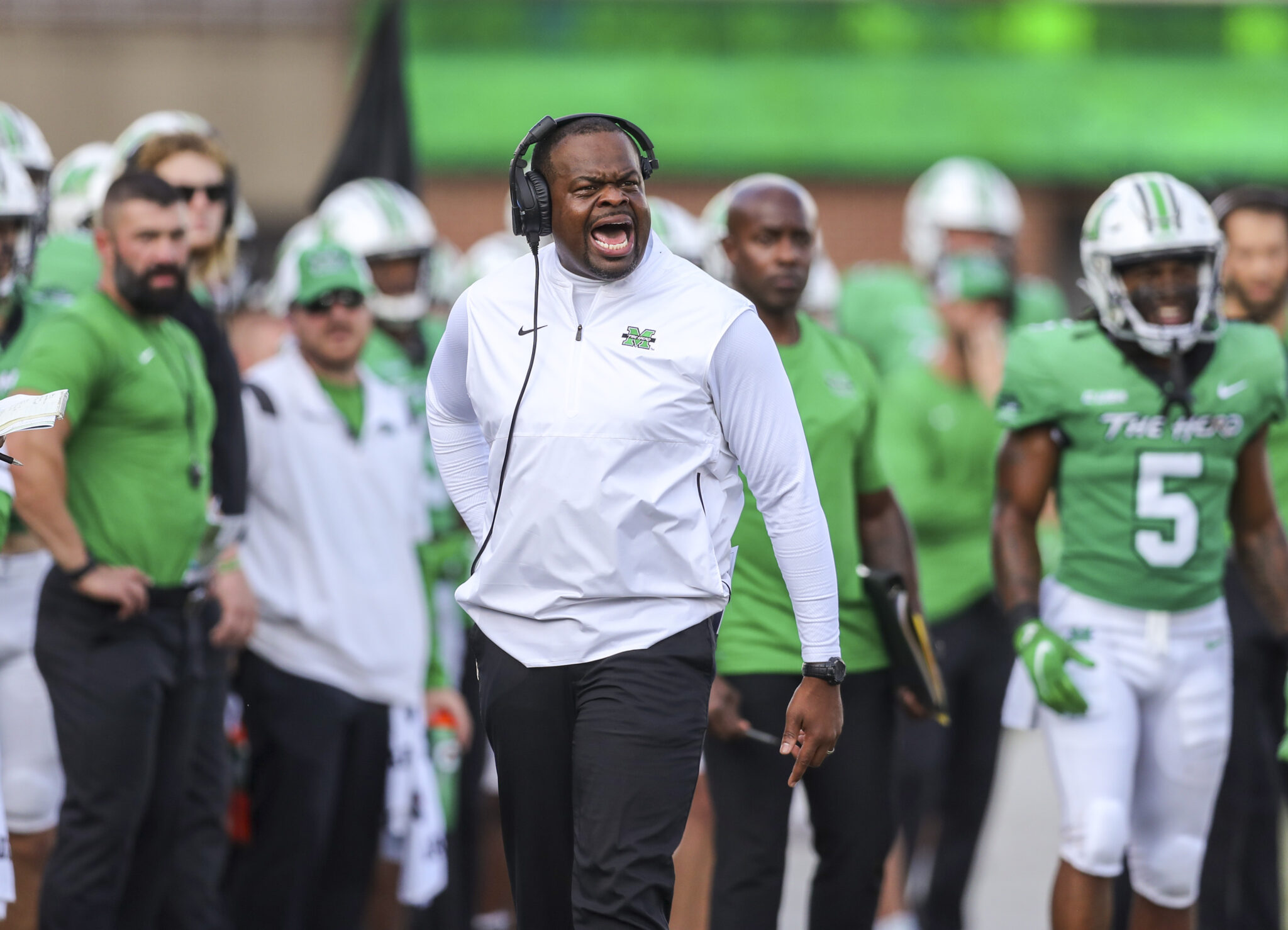 HUNTINGTON, W.Va. — Final exams for the spring semester don’t begin until Monday at Marshall, but the final test for the football team comes at 3 p.m. Saturday when the Thundering Herd’s annual Green-White Spring Game takes place inside the Chris Cline Athletic Center.

Tickets cost $5 and permit watching the action inside the Cline Center or on the video boards at Joan C. Edwards Stadium, which will also have inflatables, music and other family activities available.

Second-year head coach Charles Huff has used the final week of spring drills to put players at positions and spots they’re not quite as familiar with.

“This week, we moved some of the pieces around and we do that to find out who knows what to do,” Huff said. It produces depth and when you’re learning an offense or defense, you’ve got learn it all.

“We’ve got to find out how to get the best eleven guys on the field.”

Spots in focus Saturday include:

Texas Tech transfer Henry Colombi is the frontrunner to be Marshall’s starter this fall, but he didn’t participate in the spring practice while finishing course work at Tech. That has allowed redshirt freshman Cam Fancher and true freshman Peter Zamora and Chase Harrison to get more work in practice sessions.

Fancher had limited game experience last season as a backup, but Huff has been pleased with his spring practice. Zamora’s live arm has also caught the attention of his coaches.

Rasheen Ali is Marshall’s top tailback and was one of the most productive players at that position in all of college football last season. but he will not see action in the spring game.

Herd fans are anxious to see a fresh face at running back in Florida State transfer Khalan Laborn. Laborn was a five-star recruit when he signed with the Seminoles. While at FSU, he gained 297 yards and scored four touchdowns in limited play during the 2019 season.

Payne rushed for 89 yards and one touchdown in spot action last season.

Developing experience and depth up front has been a focal point with few returning players along the offensive line.

Huff is looking for a kicker and punter to replace the departed Shane Ciucci and Robert LeFevre.

Sean Meisler and Kenyon Bowyer are the kickers taking part in spring practice, while Morgantown native John McConnell is the only punter in camp.

Those positions will have more company when summer workouts begin, but the Herd does return experience in long snapper Zach Appio, who has a steady backup in redshirt freshman Matthew Bosset.

Huff is hopeful Marshall fans show up in big numbers on Saturday and help set the emotional tone for the Herd’s initial season in the Sun Belt Conference.

“Spring Game events are a preview to the season, even for our fans,” Huff said.  “We’ve created events to get fans back in the flow and it will be like a reunion for the Marshall family.”