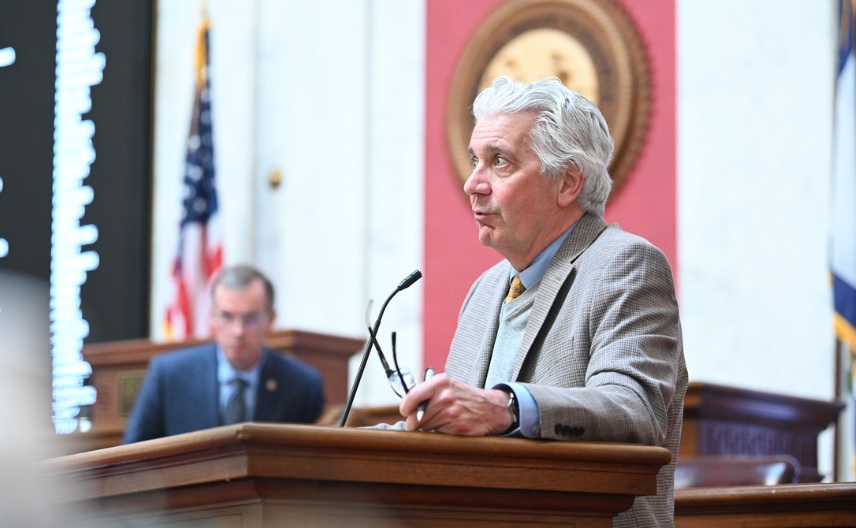 CHARLESTON, W.Va. — State Revenue Secretary Dave Hardy is predicting another strong month in revenue collections when the final numbers for April come in early next week.

During a presentation to state lawmakers Monday during legislative interim committee meetings, Hardy said three key taxes, consumer sales, personal income and severance were all ahead of last April’s collections.

“Our consumer sales tax for the month of April, so far, is up 8.2 percent from last year. Our personal income tax number is up 12.2 percent,” Hardy said.

Severance tax collections for April, according to Hardy, are up 202.4 percent from last April.

“When you add those up we are having an historically good April,” Hardy said.

If Hardy’s predictions are right it would continue revenue collection momentum that has carried through for almost the entire fiscal year. The state was ahead of estimates by $740 million after March’s collections came in.

For the full fiscal year, Governor Justice’s administration had estimated bringing in $4.569 billion. Collections have already reached 87 percent of that mark with three months remaining in the fiscal year.

Revenue collections in April 2021 were $539.7 million, which was a modest $1.8 million above estimates. The state delayed last year’s individual tax filing deadline to May 17.

Severance tax collections in April 2021 were $14 million above the monthly estimate.

Consumer sales tax collections for the month were $22 million above the estimate.