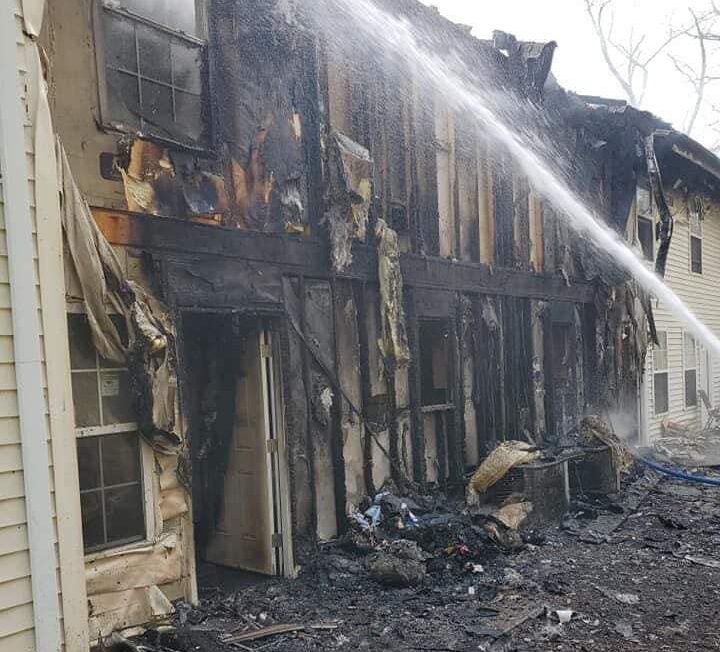 Jason Keeling, executive director  of the Allegheny Highlands Chapter of the American Red Cross, said they were able to quickly get the families help for immediate needs.

“We were able to provide them with some financial assistance that they can use to get lodging or any sort of food or clothing they might need.” Keeling said.

Monongalia County MECCA 911 said fire crews from Star City, Westover, Granville, Cassville, Brookhaven and Cheat Lake responded. When firefighters arrived there was heavy smoke and fire coming from the roof area. The residents and pets were able to escape quickly.

“Fortunately no one was hurt and we were able to respond promptly,” Keeling said.

No damage estimate is available. The state Fire Marshal’s Office is investigating the cause of the blaze.

In addition to money, the displaced fire victims received Comfort Kits and referrals to other services they might need.

“There were several children affected, in fact 10 children were affected and we also gave them some Mickey Mouse dolls, and there were also four adults affected,” Keeling said.

According to data from the American Red Cross, seven people die every day from fire, mostly children and the elderly. The data says those fires cause $7 billion in damage annually.

“This is part of our Home Fire Campaign, the funds that are distributed to the families,” Keeling said. “People can make donations to that fund if they like.”

Keeling said the best way to help these victims is to make cash donations. He says many times donations of clothing and household items are nice gestures, but sometimes may not fit or work properly.

“Financial assistance is best, that way the family can go purchase what they need and ensure it fits,” Keeling said.