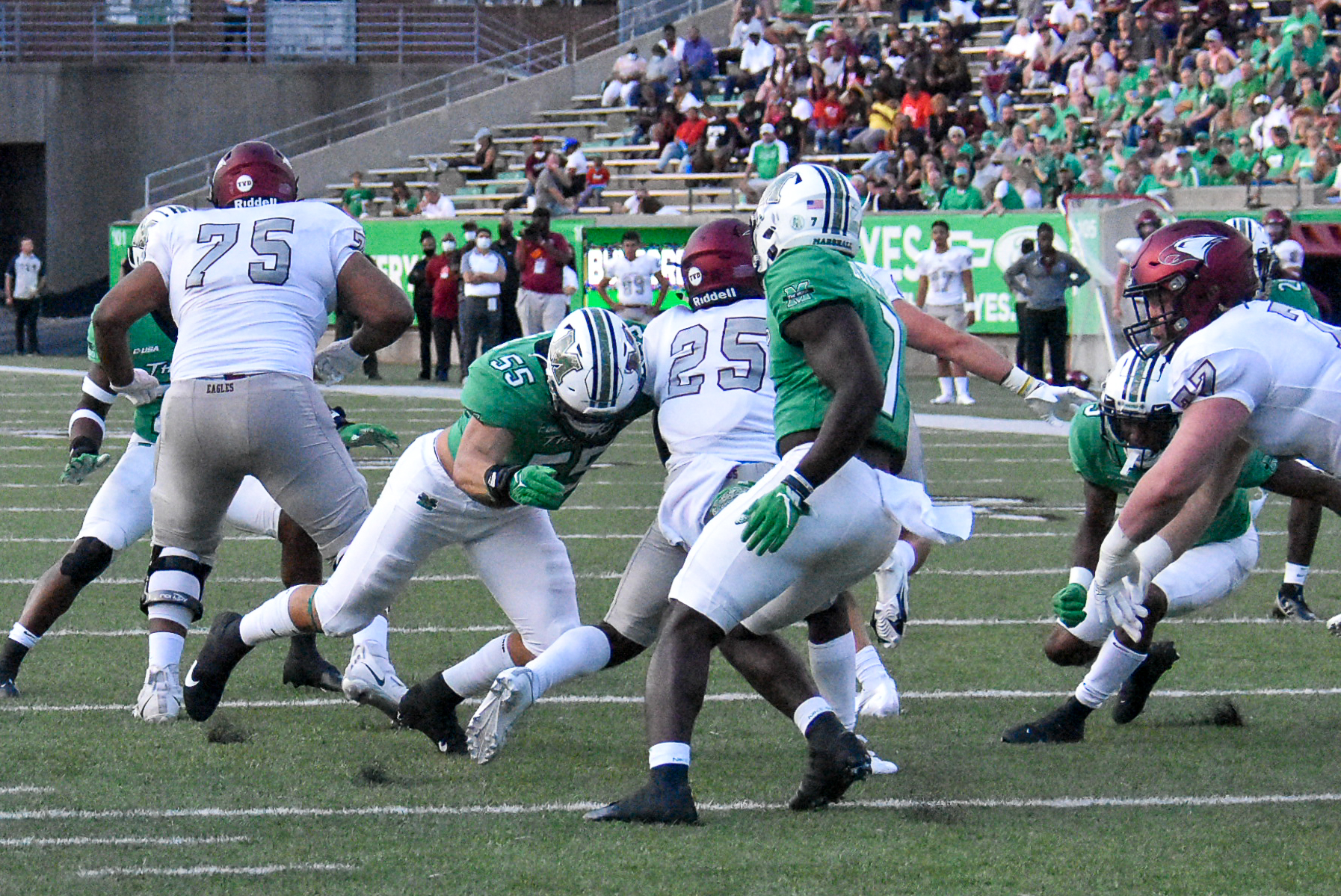 HUNTINGTON, W.Va. — Charles Huff might be humming one of Willie Nelson’s greatest hits these days, because the Thundering Herd head coach and his coaching staff are “On the Road Again.”

On Monday evening, coaches began spreading across the nation to add players for MU’s next recruiting class.

The staff has broken down recruiting responsibilities into regional and national zones, with an emphasis on acquiring players in talent-rich areas such as Florida, Georgia, Ohio, Washington, D.C. and its surrounding area, Texas and California.

The recruiting period lasts for four weeks, leading into the program’s summer camp period in June, which attracts high school players and teams.

Herd staff members such as General Manager Marc Votteler are also keeping a close watch on the NCAA Transfer Portal as there are still players uncommitted for the fall who might find a home with the Thundering Herd.

Athletes have until May 1 to enter the portal if they wish to have immediate eligibility for the upcoming season.

For Marshall’s current players, much of the focus this week was on academics with final exams taking place.

With only a month between the end of spring practice and the start of summer drills, these days are much anticipated for veterans, such as defensive end Owen Porter.

“Everybody has to go home,” Porter said. “You have to get a little break and step away from this for a minute, get recuperated and take a few weeks. Go home and see your family and get comfortable because once you come back this summer, we hit the ground running full speed.”