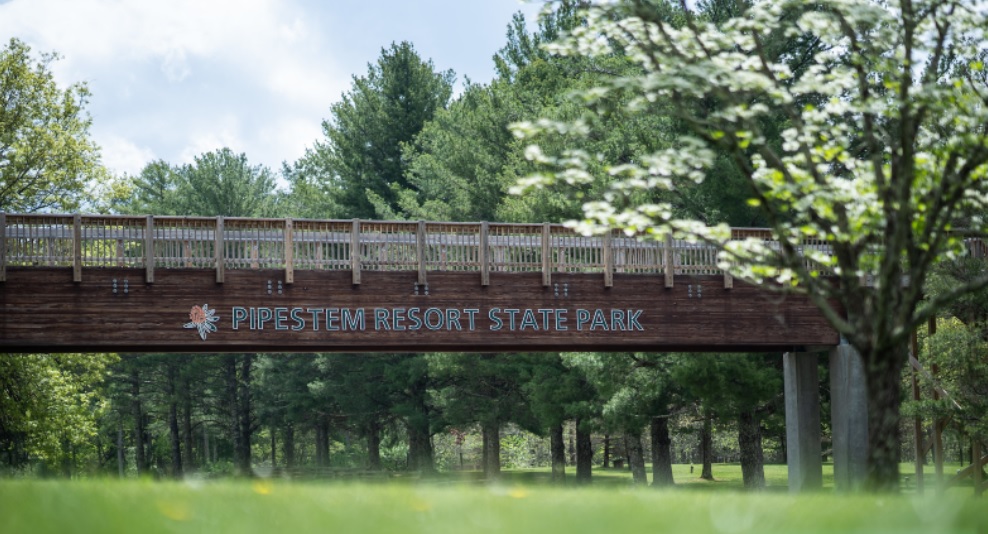 PIPESTEM, W.Va. — One of the state’s most popular state parks heads into the summer vacation season with $8 million in improvements.

The ribbon was cut Wednesday celebrating the work at the 4,000-acre Pipestem Resort State Park located in Summers and Mercer counties.

“The overall investment allowed for renovations at McKeever Lodge and Mountain Creek Lodge, the cabins, the campground, the aerial tram, etc., etc., I don’t know where to stop this list at,” state DNR Director Brett McMillion said.

More specifically, $4.4 million was spent to update the rooms at McKeever and Mountain Creek and the park’s cabins. There was $3.6 million in improvements to infrastructure projects including the tram, sewer system and campground waterline.

McMillion, state Tourism Secretary Chelsea Ruby and Gov. Jim Justice have been on a tour of late announcing improvements at several state parks include Blackwater Falls and North Bend.

Ruby said Wednesday new research shows the $151 million spent on park improvements across the state in the last few years is beginning to change attitudes about West Virginia by those who live outside the state.

Gov. Justice, who had Babydog at his side, looked around Pipestem and praised the beautiful setting.

“It doesn’t get any better than right here where we’re at right now,” Justice said. “We just needed to be able to tell the world exactly that.”

He predicted the park improvements would continue to pay off.

“We spent $151 million on our parks and the revenue is through the roof and more and more people are coming and everything is working. All we had to do is turn you loose, that’s all there is to it,” Justice said.

The governor’s office said there have been other improvements at Pipestem in Justice’s six years in office including a zipline, splash park and adventure lake, and an adventure zone

Justice also used the opportunity Wednesday to give further comments about recent state revenue collections that have brought year-to-date collections close to $1 billion above projections with less than two months left in the fiscal year.