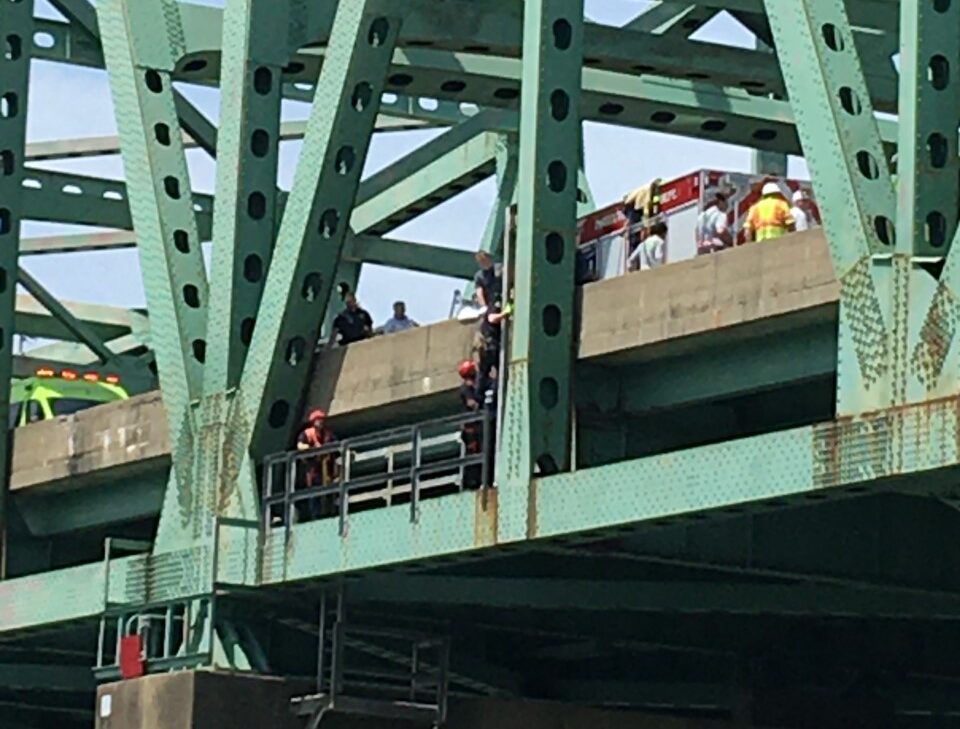 The woman was rescued from the catwalk underneath the bridge. (Photo courtesy Nitro Fire Department)

NITRO, W.Va. — Traffic was stalled on Interstate 64 at the Nitro-St. Albans Bridge in Putnam County for two hours Thursday afternoon as first responders found and rescued a woman who made her way to the catwalk underneath the busy bridge following a crash.

The westbound car crash was reported at 11:55 a.m. but Nitro Fire Department Chief Casey Mathes said no one could find the driver.

“Metro (Kanawha County Metro 911) came back and advised there were witnesses that somebody had gone over the bridge,” Mathes said. “We searched the water area with binoculars from the bridge but could not locate anybody and then somebody got eyes on the individual underneath the bridge.”

The woman was on the catwalk.

Mathes said firefighters found a ladder from the bridge down to the area, tied off with safety ropes and then made their way to the woman.

All lanes of the interstate were reopened by 3:00 p.m.

There was no immediate word on what caused the woman to jump the bridge wall down to the area underneath the span.

Mathes said firefighters from several departments, police and other agencies did a great job in the response.

“We utilize everybody. It’s a team effort. There were a ton of resources out there. We had barge traffic shutdown, the bridge shutdown. There were a lot of things going on out there for the safety of the men,” Mathes said.