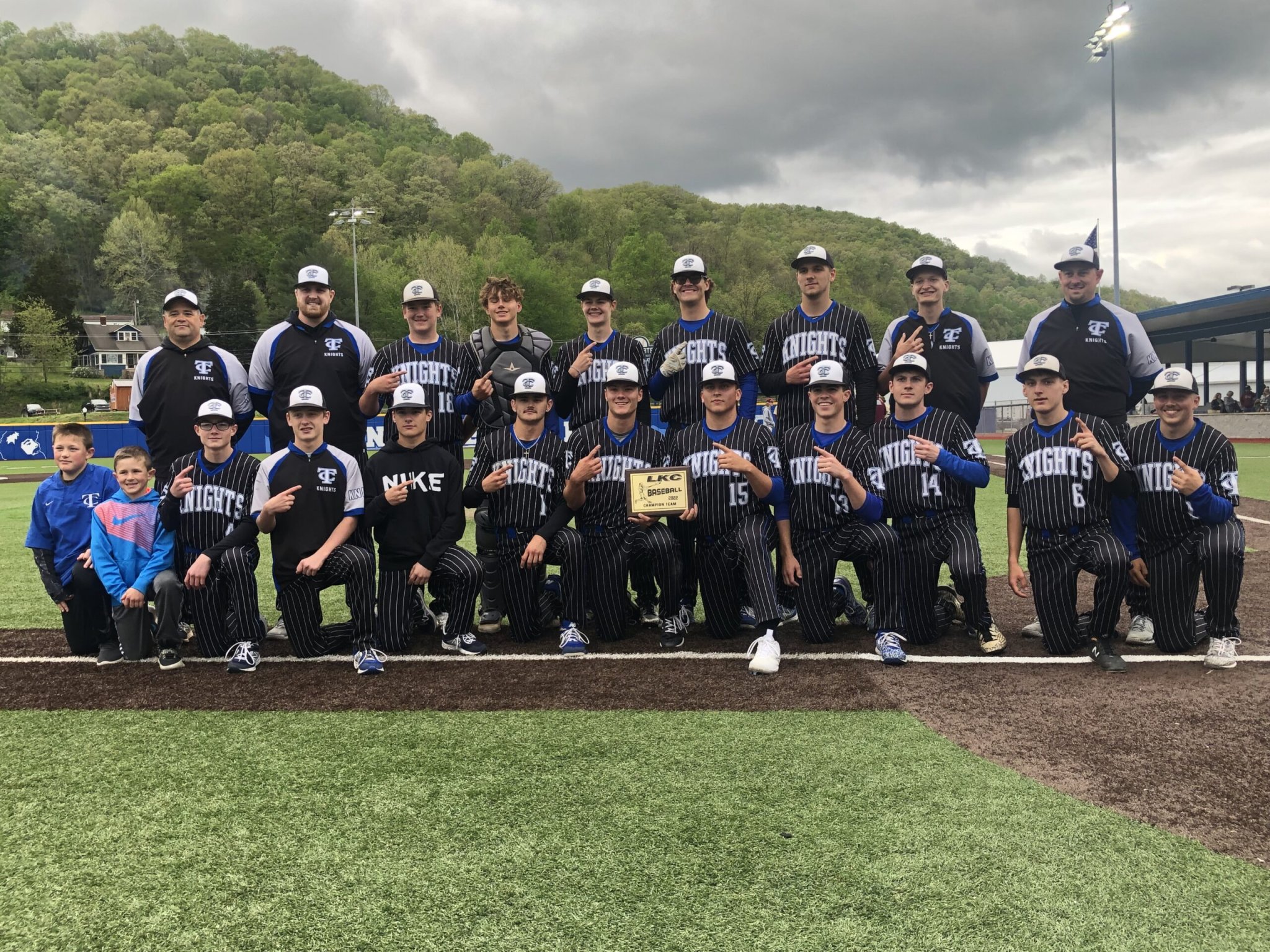 GLENVILLE, W.Va. — Tyler Consolidated baseball coach Rob Jones had an important decision to make. Before he came to a conclusion, Jones felt it was necessary to consult his players for input.

Ultimately, the Class A No. 5 Silver Knights opted to issue an intentional walk to Williamstown’s Leewood Molessa, one of the more feared hitters across the state. While that took the bat out of Molessa’s hands, it loaded the bases for the top-ranked Yellowjackets, allowing them to put the tying run in scoring position and go-ahead run on base with two outs in the top of the seventh inning.

But on a day when Tyler Consolidated pitcher Jayden Helmick could do no wrong, the right-handed junior ensured the decision paid off. Helmick induced a ground ball to second base off the bat of Ty Ott for the final out, allowing him to finish off a complete game shutout in Tyler Consolidated’s 2-0 victory against Williamstown at Kenny Greenlief Field at Glenville State’s Sue Morris Sports Complex.

“When I called time, I went out to discuss it with all my guys,” Jones said. “I wanted to know what their thoughts were on it, because the decision we made was going to be as a team. They said, ‘put him on and we’ll get the next guy.’ He was able to induce a ground ball and we cleaned it up at the end.”

With the win, the Silver Knights (20-7) captured their first Little Kanawha Conference championship. Over semifinal victories Thursday against Braxton County and Saturday against Williamstown, TCHS did not surrender a run.

“I don’t know how to feel. I have a rush of emotions right now,” Helmick said. “We just won a conference championship in one of the hardest conferences in the state and beat one of the best teams in the state. I have to give it to my guys behind me. I threw the ball down the middle and gave my guys a chance to make plays.”

Both teams stranded a pair of runners in the first inning and then went down in order in the second.

Tyler Consolidated’s first two batters reached in the third as Carson Gorby singled and Helmick, who was hitting leadoff, drew a base-on-balls. Williamstown starter Carson Hill retired the next two batters before hitting Ty Walton with a pitch that loaded the bases and brought an end to his outing on the mound.

Hill was relieved by Parker Schramm, who was immediately greeted by a two-run single off the bat of Hayden Brown.

“It gave us a lead and pumped us up,” Helmick said. “When we get on top, we’re rolling. It gave us energy and life. Whenever that happens, we’re good.”

Brown’s single was nearly hauled in on a diving attempt by Harbor Haugh, but it instead fell in and allowed Gorby and Helmick to score.

“That’s a tough play. He did a good job of trying to make that play,” WHS coach Levi Maxwell said. “That’s baseball.”

Molessa and Ott accounted for consecutive two-out singles and Schramm drew a walk in the home half of the third that allowed Williamstown (21-3) to load the bases. But Helmick, who was around the strike zone throughout the evening, got Luke Ankrom to line out to center for the final out of the inning.

“We hit some balls hard. We hit too many balls in the air,” Maxwell said. “We weren’t as patient today. Tip your cap to Helmick. He was getting ahead and staying ahead. We weren’t jumping on first pitch fastballs like we do. They played a great game. They’re a good team, so you can’t take them lightly.”

Neither team registered a hit over the fourth and fifth innings, with Molessa the only baserunner during that span after he reached on a two-out error in the fifth that proved inconsequential.

Schramm kept the Yellowjackets squarely in the contest by tossing scoreless frames in the sixth and seventh, before the tense moments in the final half inning.

Helmick struck out the first two batters of the seventh, but WHS extended the contest on consecutive singles from Brayden Coleman and Maxwell Molessa. However, the Yellowjackets were unable to produce a timely hit to get on the scoreboard, and they’ll head into postseason play next week off their first loss to a Class A opponent since a 7-6 setback to Charleston Catholic back on March 25.

“I have full faith in our pitching staff and defense and anytime we can scratch a couple out, I know we have a chance,” Jones said.

Hill took the loss. He was charged with both runs and struck out a pair over 2 2/3 innings. Schramm, who allowed two of the three runners he inherited to score, logged 4 1/3 scoreless innings and struck out five.

Williamstown finished with a 5-4 edge in hits, but never solved Helmick. He struck out five and issued two walks in the complete game. That came 48 hours after Ty Walton came within one out of a complete game shutout in the Silver Knights’ 4-0 win against Braxton County.

“They just gave us a chance and kept competing and kept the Braxton and Williamstown hitters off balance,” Jones said of the pair of starting pitchers. “They just kept attacking the zone and we played two clean ball games in the field.“

Helmick also had two of his team’s four hits and he and the Yellowjackets’ Maxwell Molessa were the game’s only players with more than one hit.