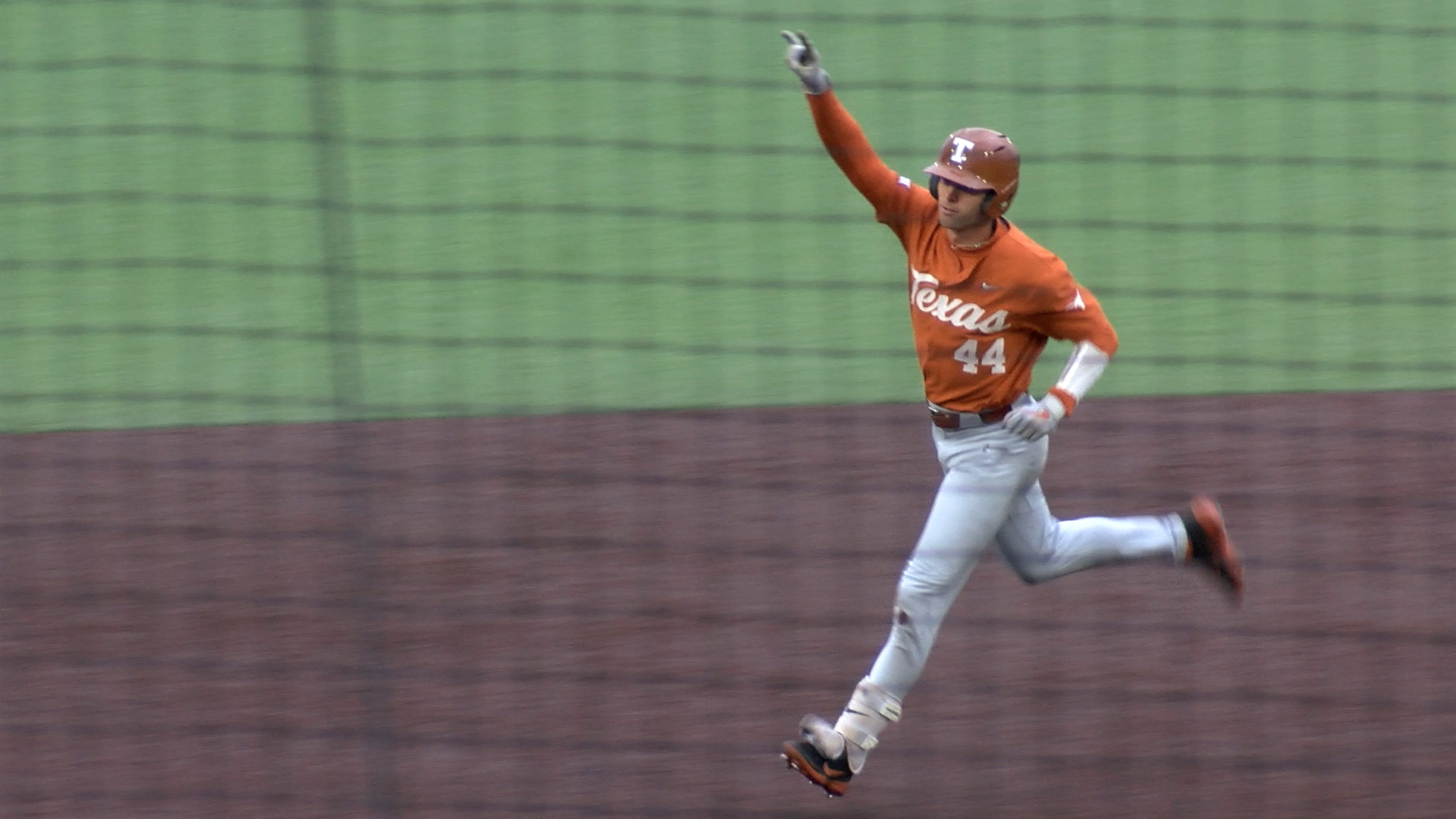 MORGANTOWN, W.Va. — No. 18 Texas connected for five home runs in clinching a doubleheader sweep over West Virginia, 11-0 in 7 innings.

Texas defeated the Mountaineers 5-2 in the opening game of the day.

Ivan Melendez hit two of Texas’ five homers in the nightcap. He bookended UT’s power surge with two-run home runs in the first and seventh innings. Melendez has 25 round-trippers on the season.

Lucas Gordon tossed a two-hit shutout for Texas. He did not walk a batter and struck out five.

West Virginia hopes to avoid a series sweep in the finale Sunday at 1 p.m.

“You just have to challenge their pride and their competitiveness,” said WVU head coach Randy Mazey. “Their backs are against the wall again, see how they come out. It is just a pride thing at this point.”