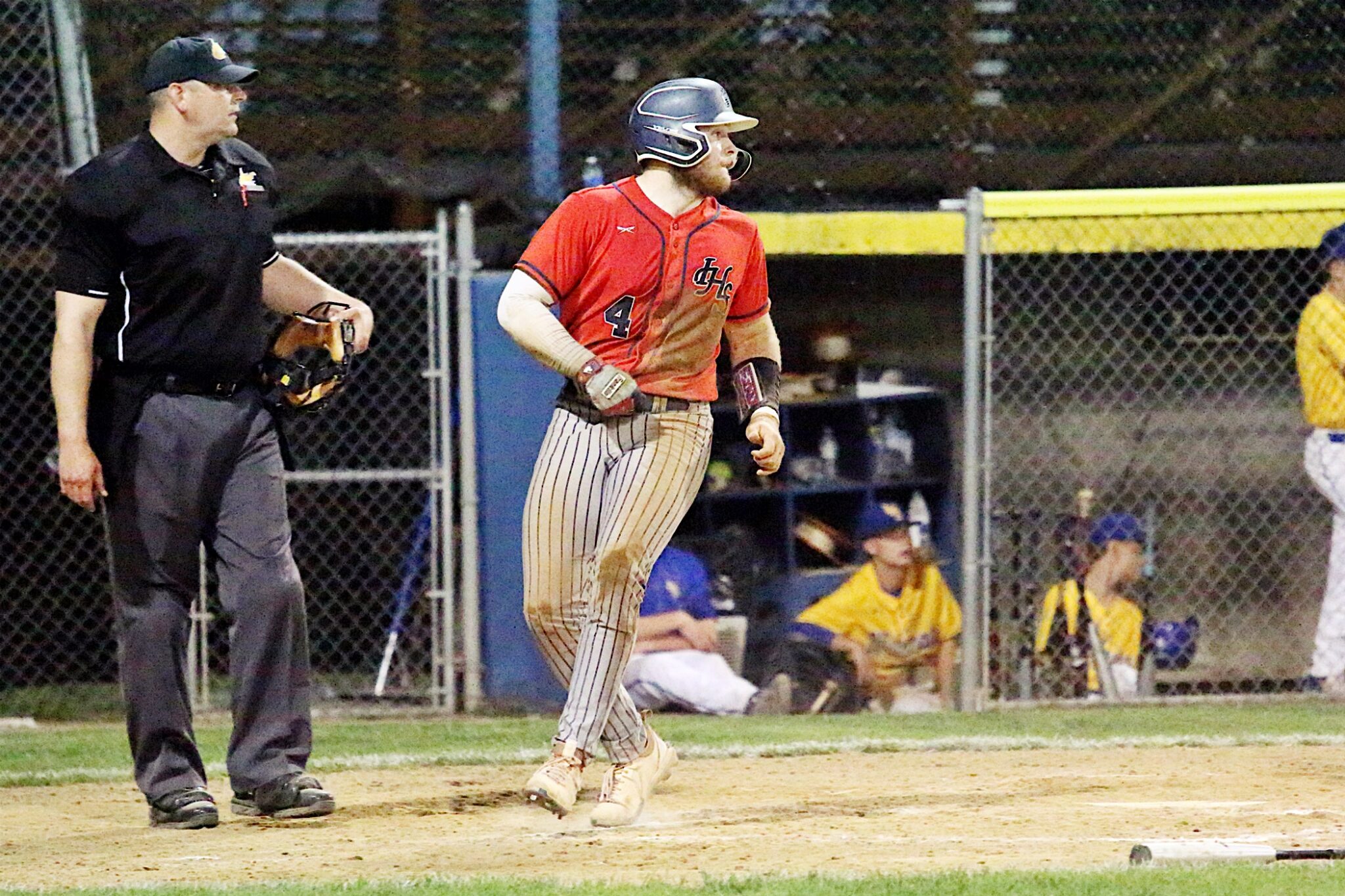 MORGANTOWN, W.Va. — Independence has spent the second half of the high school baseball regular season perched atop the MetroNews Power Rankings. After qualifying for the state tournament last June, the Patriots hope for a return trip to Charleston next month. IHS (18-2) opens their postseason run in the sectional tournament Tuesday against Liberty Raleigh.

“We had an idea that we could be this good. I think we have a little bit we can add on to get a little better. Right now it is just mental stuff. I am enjoying it. I am loving it and I just have to enjoy every second of it. Nobody wins if you are not having fun,” Independence senior Atticus Goodson said.

Entering the postseason, Goodson has 28 hits in 56 at bats. 12 of his hits have gone for extra bases, including 8 home runs. When the Patriots’ season ends, the curtain will close on Goodson’s decorated high school career.

“Four years ago I was thinking, ‘Heck, I have four more years to just goof around and play sports’. I felt like I blinked and here I am ready to go to college.”

Goodson has signed to play baseball at Walters State Community College in Morristown, Tennessee.. WSCC is the nation’s top-ranked junior college program. Goodson is excited for the opportunity to play college ball but he is also gaining interest from MLB franchises. The annual entry draft begins July 17.

“I am getting into serious talks with a couple teams. I just have to play hard and see where I end up.

“There is potential that I could get drafted this summer. We just have to talk money and see where it is at and see what the best route for me would be.”

From ‘horrified of getting hit’ to Kennedy Award winner

Independence began the 2021 football season with elevated expectations after qualifying for the Class AA quarterfinals a year earlier. The Patriots earned the No. 2 seed in the playoffs and won their first eleven games with the state’s highest-scoring offense. Their lone loss came in the Super Six against Fairmont Senior, 21-12.

Goodson rushed for 1,902 yards and 30 touchdowns while averaging nearly 11 yards per carry. He was named the winner of the Kennedy Award, presented annually by the West Virginia Sportswriters Association as the state’s top player. Goodson came a long way from his middle school days.

“In baseball, I have always been good. In football, my mom told me not to even play high school football because I was so bad in middle school. I had no clue what was going to happen there.

“I was absolutely horrified of getting hit. I fumbled all the time. I ran out of bounds when people were running at me. I was scared to put the shoulder on people. I didn’t want to play defense for nothing. I was a chicken and I didn’t want to have anything to do with it.”

Goodson didn’t play football for Independence in his freshman season but a change of heart led him back to the gridiron prior to his sophomore year.

“I didn’t play in the ninth grade year because I was scared of getting hurt for baseball. Then I talked to a couple people and they told me to try it out and see what I thought about it. I went up to my mom and said, ‘Mom, can I play football this year’? She said, ‘Why in the world would you want to do that after playing in middle school’?”

A change of mentality, advice from his coaches and immediate results put Goodson on the path for sustained success.

“My first practice in pads at high school really switched it. I was going against one of our best linebackers at the time. It was Jacob Hatcher and he ended up with something-like a hundred tackles that year. Coach was like, ‘Atticus, I have seen you play in middle school. If you hit him first, it won’t hurt as bad’. So I was like, ‘I can try that’. I ran up and hit [Hatcher] first and kind of just ran over him. And that one didn’t hurt as bad as it used to. Right then it clicked that if I hit him first, it doesn’t hurt.

College football coaches began to take notice and Goodson had a decision to make about his athletic future.

“It got super-tough. I was actually about to call Marshall’s coach and commit to play football there when I got a call from my baseball school to get an offer. Right then and there, that just switched my mind. I ended up calling back two days later to play baseball.

“Baseball was my first love,” Goodson said. “Seeing my dad, he has bad knees from playing football. Seeing him hurt, it kind of helped make the decision with me when I have kids, I want to be able to go out and play with them.”