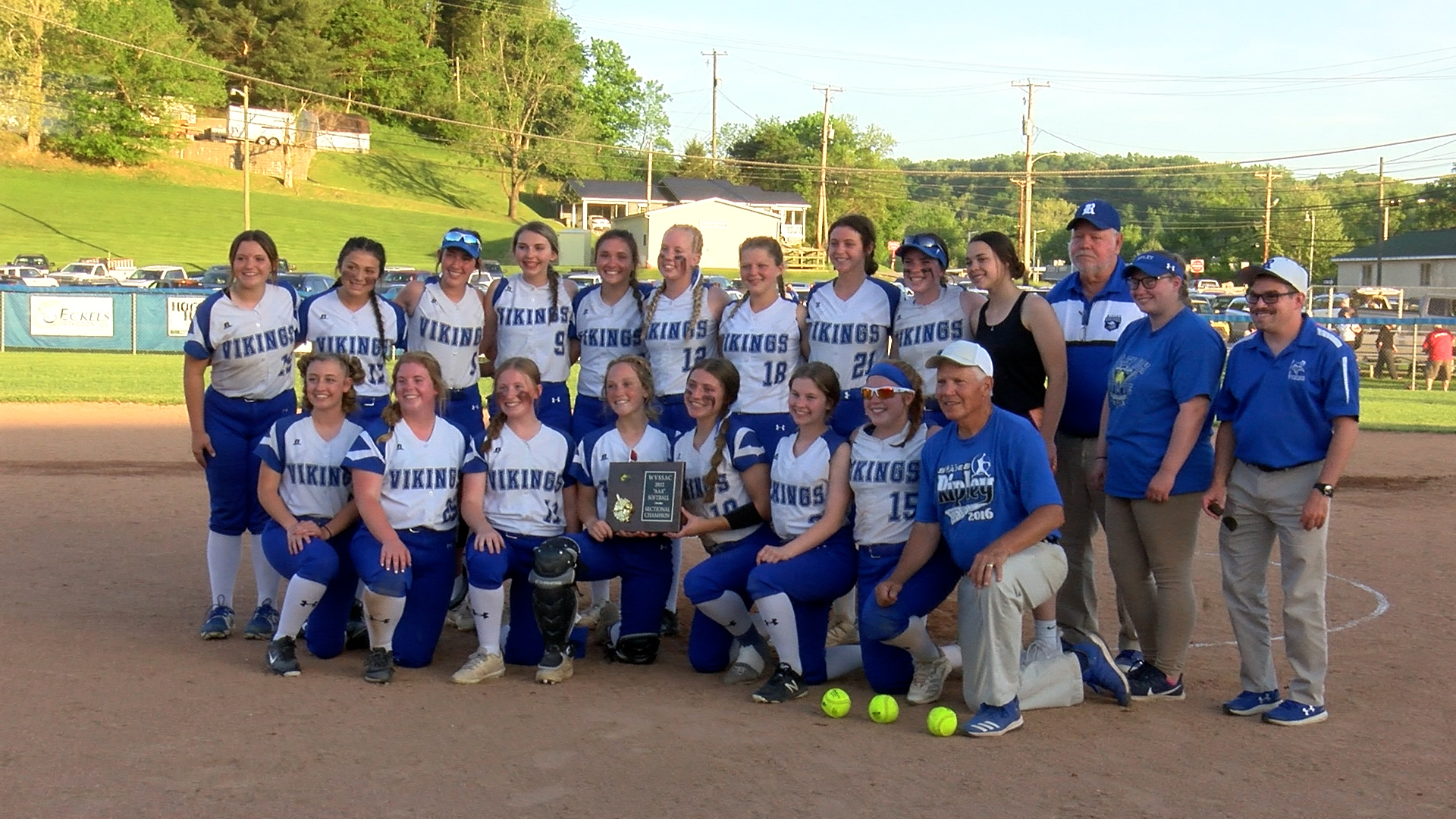 RIPLEY, W.Va. — Three consecutive victories in elimination games have propelled the Ripley Vikings to the regional round of the Class AAA playoffs. Ripley claimed the Region IV, Section 2 title with a 10-2 (5-inning) win over Hurricane.

Ripley avenged a 14-6 loss to the Redskins in the winners bracket final on May 5 with back-to-back victories in the championship round. The Vikings defeated Hurricane 9-8 on Tuesday.

In Wednesday’s decisive game, Hurricane struck first in the second inning when Reagan Boggess sent Elise Pye and Ryan Wolfe to the plate with a two-run single. Ripley immediately answered in the bottom of the second on a two-run home run off the bat of Maddie Parsons.

Ripley scored eight runs in the next two innings to build a 10-2 lead. Elli Hershey capped a five-run fourth inning with a two-run inside-the-park home run.

Hurricane needed a run in the fifth inning to extend the game. However, Sidney Varney stranded two runners with a strikeout to end the game. Varney went the distance, allowing five hits.

“She got off to a little bit of a rocky start. But her fastball, they had trouble catching up with it. Those hits that they got early were changeup hits. We went more to her fastball after that. She had eight batters in a row that she shut down,” said Ripley head coach Kenny Swisher.

Cassidy Cummings went 2-for-3 with two runs batted in for the Vikings. Hershey and Varney also collected a pair of hits.

Ripley (14-12) will face Section 1 champion Lincoln County (21-4) in the best-of-three regional series. The opening game is set for Tuesday night in Hamlin.