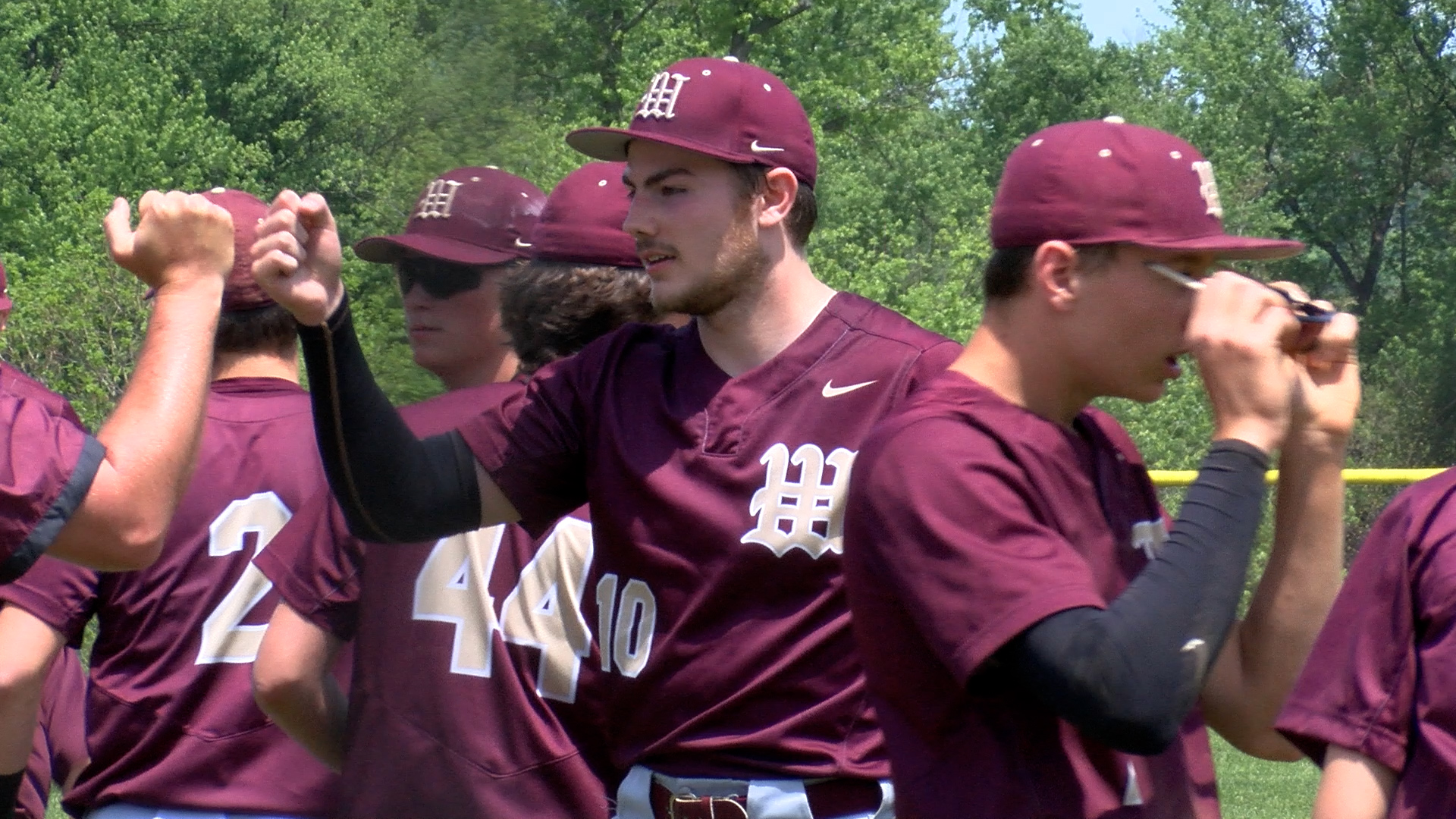 WILLIAMSTOWN, W.Va. — Five days after being shutout by Tyler Consolidated in the Little Kanawha Conference Championship game, Williamstown pounded out 15 hits in a 9-2 win over the Silver Knights. With the victory, the Yellowjackets advanced to the championship round of the Class A Region I, Section 2 tournament.

No. 1 Williamstown (23-3) chased Tyler’s starting pitcher Jayden Helmick with a seven-run first inning. Helmick was the winning pitcher in the previous meeting on Saturday. The ‘Jackets sent eleven batters to the plate and the collected eight hits in the frame.

“The last time we played them, he got ahead with a lot of fastballs early in the count and we were getting behind. We had to battle and it kind of put ourselves in a hole. Today, we were a little bit more aggressive. We had a few practices between now and then. We could work on things like that,” said Williamstown head coach Levi Maxwell.

“It kind of sets the tone for the game. The excitement was in the game today and there was a good crowd out here. Continuing through, when having the big inning, you have to have more than one. We have to continue to score after that big inning.”

Staked to a huge lead, Williamstown starting pitcher Chase Barkley was in command. He allowed just three hits in the complete game victory. All three Tyler hits came in the fourth inning. Alec Chaplin’s two-run single accounted for Tyler’s only runs off the game.

“Chase was pumping the zone with strikes. He was keeping the ball down and keeping some of their guys off-balance. He gives us a great chance to win every time he is out there.”

Williamstown will host the winner of Friday’s elimination game in the sectional final Saturday at noon. WHS would need just one win in two games to advance to the regional round.

“You get kind of in the drivers seat right now, being 2-0. Saturday, we have three or four [pitchers] that will be available. So that is a good thing.”