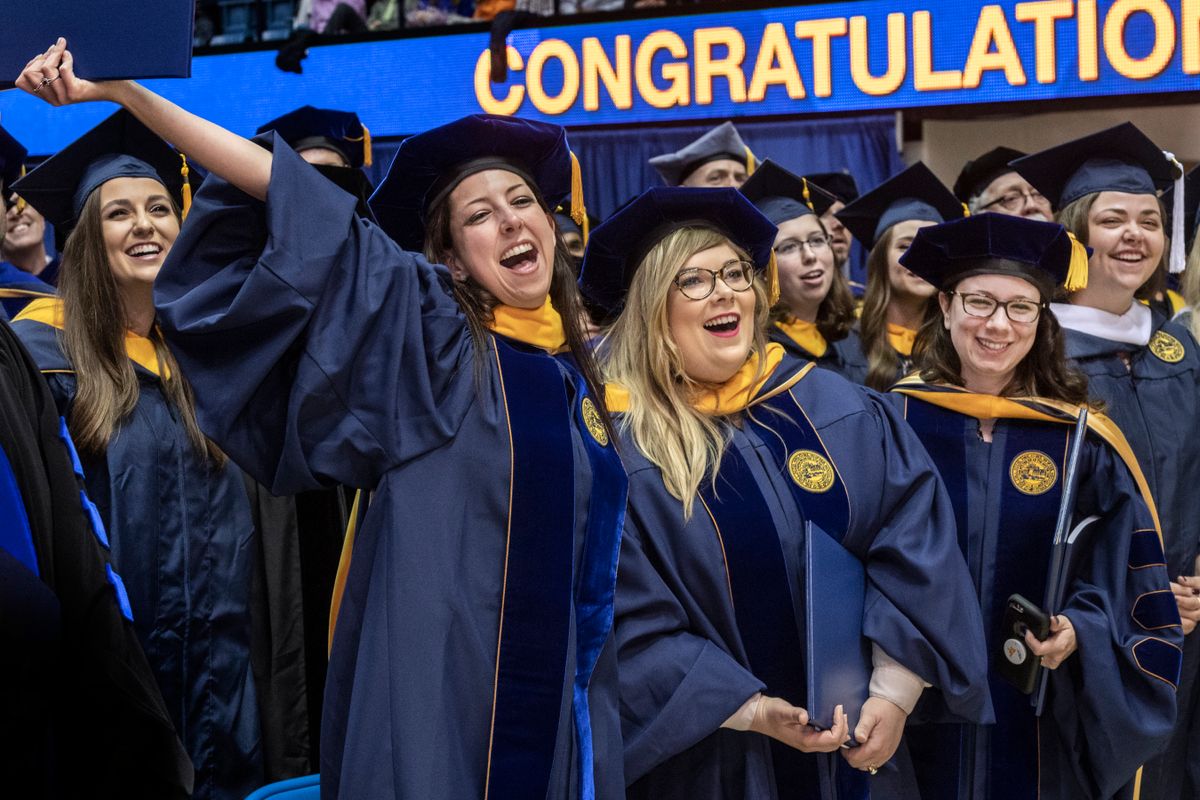 Lots of celebration is planned for this weekend. (WVU Photo/Greg Ellis)

According to WVU Special Events Coordinator Lisa Martin, WVU work crews have been painting, sweeping and focusing on the aesthetic details in preparation for the graduates and families for their special day.

“Banners on the flag poles and cutting grass, everything that needs to be done to make ourselves the best we can be for possibly the last trip to Morgantown some of them will make,” Martin said during an appearance on WAJR’s ‘Talk of the Town.’

The first ceremony will be held at 9 a.m. Friday for the Reed College of Media at the WVU Coliseum and the final ceremony at 3:30 p.m. Sunday at the Coliseum at the School for Medical Professionals.

WVU Police Chief Sherry St. Clair said it will be important for people to organize their trip, know your route and plan for delays.

“If you’re coming to an event make sure you come early so we get you parked and if you don’t have to be in that area try to avoid the Coliseum and the Creative Arts Center Friday, Saturday and Sunday,” St. Clair said.

Motorists should expect heavy foot traffic around the two main venues. However, in the evenings St. Clair expects that foot traffic pattern to include campus and the downtown area.

“Make sure you watch in crosswalks because we’re going to have a lot of people walking back and forth from one venue to the next,” St. Clair said.

St. Clair urges people who do plan to consume alcohol to have a designated driver or another option to keep from getting behind the wheel. She understand there will be parties on campus as well, and said things over the last few years even before the pandemic have calmed.

“You guys are best to police yourself. If you see something going wrong step up and say “cut it out, we always encourage that,” St. Clair said.