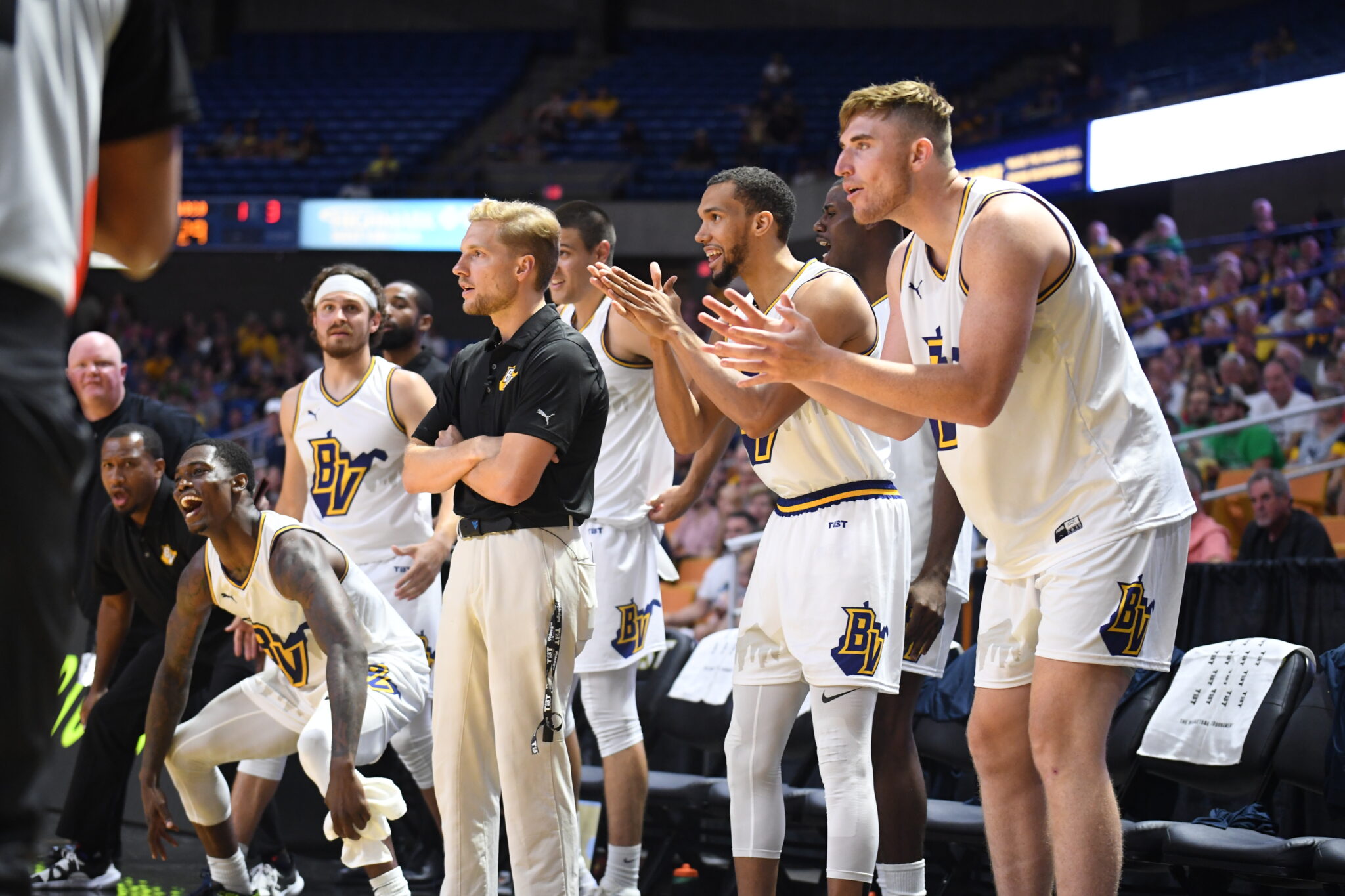 MORGANTOWN, W.Va. –As Best Virginia prepares to once again serve as co-host of the West Virginia Regional for The Basketball Tournament, familiar voices will return to the sideline. WVU-Tech head coach James Long will lead the squad and Morgantown High School frontman Dave Tallman is back as the team’s top assistant.

“Kevin called me probably a month ago and asked if I wanted to do it again. Obviously it was a no-brainer,” Long said. “It was some of the most fun I have ever had. Obviously I am from Charleston. So to get back to the Civic Center and be with these guys from West Virginia, just the coaching itself was probably the biggest challenge I have had.

“This is just a chance to coach and get better and that is what I am always looking for. I am having the itch to coach right now that our season is over. When you are in this and you are doing it for the right reasons, you just look for opportunities to grow and get better. Having the games from last year, I have probably watched the Team 23 game [2021 regional final] more than any of them because there are things you would like to go back and do over. Collectively, I am excited to do it again and get better.”

“It is great that James got the experience last year,” said Best Virginia founder John Flowers. “Now he knows a little bit more of what to expect going into the tournament this year. What we absolutely love about James is that he is prepared. His preparation for the tournament is top notch.”

“You just have to go with that base of knowledge going into the game and when the game happens, you have a feel for where they are at in that moment,” Long said. “Guys are coming off the end of their professional seasons and some guys really get better game-to-game each time. It is going to be a feel in the moment thing.”

Tallman, who led Morgantown to the Class AAAA state championship in March, is back on the bench for the third time with Best Virginia. Tallman has been an assistant with the team since 2019.

“His personality is very mild-mannered on the bench, which I love and appreciate,” Long said. “Anytime you needed a dose of perspective, he was always there to give it. And I think he cares about everybody immensely.”

Three players are currently committed to play with Best Virginia this summer. Flowers and Jones will be joined by guard Jaysean Paige. Paige made his NBA debut with the Detroit Pistons earlier this season. He played on the initial Best Virginia squad in 2019.

“Jaysean has always been a proven scorer, ever since college,” Jones said. “We were excited to have him on the team. He was one of those guys that we knew we wanted to get back.”

Jones says that more commitments to the roster will be announced in the coming weeks.

“It is kind of hard at this point because everyone is either finishing up their season or are already home with their family and not really thinking about basketball at this point,” Jones said. “We are just trying to give the guys time to rest and reflect on the season and then reach out to the people we want to. If we can get some of the people that we are going after, I think we will have a really good team and a really good shot to win the money.”

Best Virginia and the Marshall alumni team Herd That will once again serve as co-hosts of the TBT West Virginia Regional. The games will be played at the Charleston Coliseum and Convention Center July 24-27. The regional champion will advance to the national quarterfinals in Dayton, Ohio.

Flowers says the TBT provides a vital link for former WVU players to remain connected to their alma mater.

“I credit Coach Huggs. Coach Huggs is the mastermind behind everything. He really opened the door for us to always come back,” Flowers said.

“He built us an alumni locker room for us to work out in and train during the summertime. He has always had open arms for his guys to come back home. I am just following his footsteps. I just took what he gave us and just tried to build on top of that.”