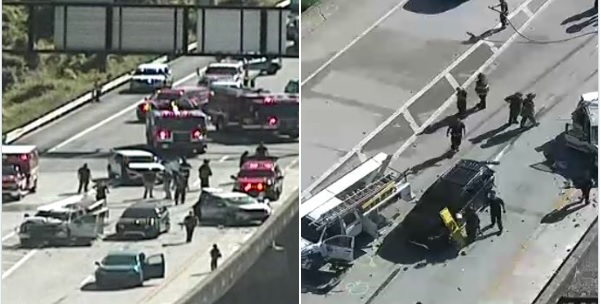 CHARLESTON, W.Va. — Six people were transported to the hospital following a mutli-vehicle accident in Charleston on Friday, according to the Charleston Police Department (CPD).

CPD said around 9:05 a.m. a four-vehicle crash occurred westbound on Interstate 64 just prior to Exit 58C.

Four adults and two juveniles were transported from the scene due to injuries sustained from the crash. Two occupants suffered life threatening injuries and are currently at CAMC General.

The crash remains under investigation by the Charleston Police Traffic Division.

Around 1:30 p.m. Friday, the cars involved in the accident were removed from the scene and that portion of the interstate opened back up to traffic.