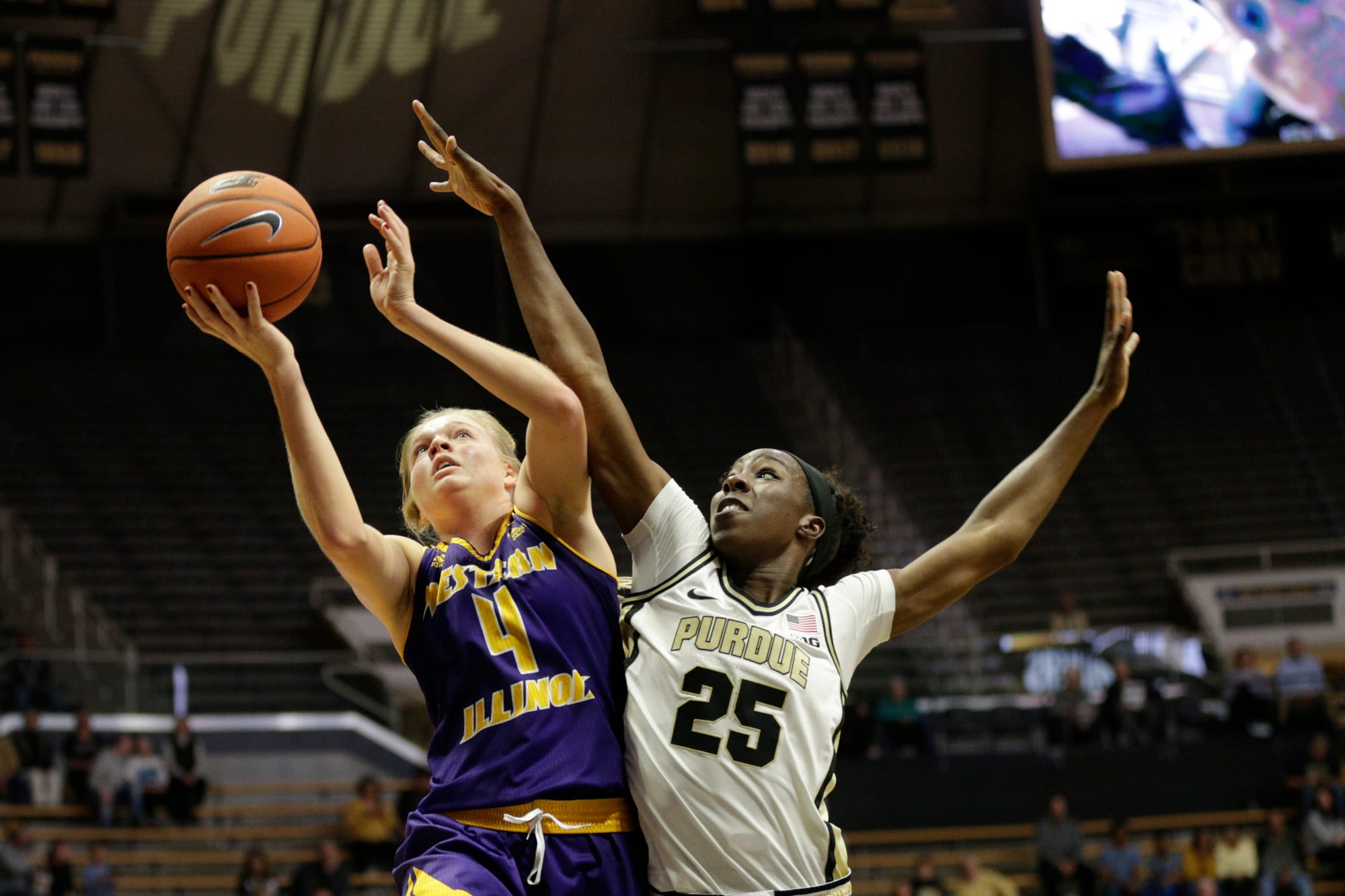 Western Illinois guard Danni Nichols (4) goes up for a layup against Purdue guard Tamara Farquhar (25) during the second quarter of a game. Syndication: LafayetteIN

That trend continued Monday when Plituzweit announced the signing of 5-foot-10 guard Danni Nichols, a Western Illinois transfer who will be counted on to provide scoring punch for the Mountaineers in what will be her final season of college basketball.

Over four seasons at Western Illinois, Nichols averaged 11.9 points and no fewer than 8.4 in a single season.

“Danni is a very driven individual and that encompasses every aspect of her life,” Plitzuweit said in a school release. “We have coached against Danni for the past four seasons, so we are fully aware of her versatility on the court and her relentlessness. Her experience, her competitive drive and her ability to score in many different ways will be a great fit for us moving forward. We look forward to having Danni on our campus soon, and we can’t wait to welcome Danni’s entire family to our Mountaineer program.”

During the 2021-2022 campaign, Nichols was a second-team All-Summit League selection with a scoring average of 15.8 points on nearly 53 percent field goal shooting. She also averaged 4.6 points in her final season with the Leathernecks.

Nichols, a native of Columbia, Missouri, also averaged double figures each of her previous two seasons at WIU. She scored 12 points per game in the 2019-2020 season and averaged 11.4 the following year.

After redshirting in the 2017-2018 season, Nichols earned summit League Freshman of the Year honors with an average of 8.4 points on 51.4 percent shooting to go with 3.3 rebounds.

We are excited to announce that we have signed Danni Nichols! Welcome to #AlmostHeaven 💛💙

Nichols has a career field goal percentage of 50.1, while she brings a 32.8 percent mark from three-point range to Morgantown.

During her career at Western Illinois, Nichols played against Plitzuweit twice a season while she coached South Dakota State. In two matchups with the Jackrabbits last season, Nichols finished with a total of 17 points and six rebounds.

The addition of Nichols leaves West Virginia with two scholarships remaining for next season and marks the Mountaineers’ sixth addition — five of which have come from the NCAA Transfer Portal — since Plitzuweit’s hiring.