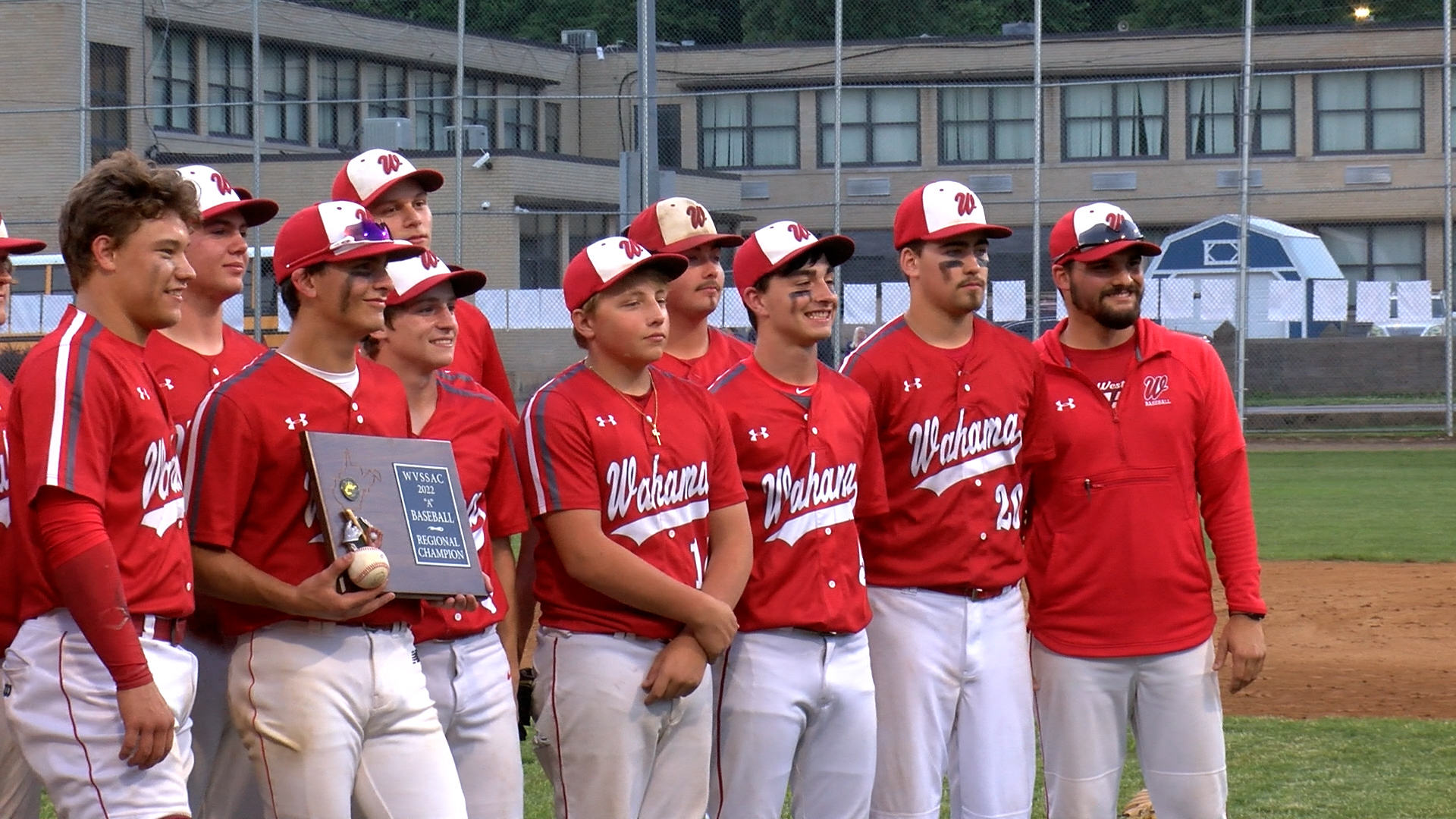 MAN, W.Va. — Aaron Henry hit a two-run home run and tossed 6 and 2/3 innings of one-run baseball to lift Wahama to the Class A Region IV title, 5-1 at Man. The No. 3 White Falcons (24-6) are headed to the state tournament for the first time since winning the title in 2016.

Henry broke a scoreless stalemate in the fourth inning with a two-run homer to give Wahama all the offense they would need.

The White Falcons added three more runs in the fifth inning to build a 5-0 lead. Henry worked out a bases loaded walk for his third RBI of the game. Trey Ohlinger and Hayden Lloyd added run-scoring singles later in the inning.

Henry hit the 110-pitch limit after recording the second out in the seventh inning. He allowed five hits and struck out seven batters.

“His stuff was spot on. His fastball was there and his off-speed pitch and breaking stuff. The kid is a competitor. He just goes out there and competes when you put him on the mound.”

Bryce Zuspan recorded the final out of the game for the White Falcons. Wahama has won five consecutive postseason games since falling into the losers bracket in their sectional tournament last week. The Falcons won the opening game of the series, 10-0 in Mason on Monday.

“They are hungry. They have wanted to get where we are going. Now we have to reset and get ready for this trip to Charleston and the state tournament. They have been looking for this for a long time. These guys have been practicing for this and playing for this. It has been out there as a goal and they reached it. So we will see how it goes.”

Caleb Vance scored the lone run for No. 4 Man (20-11) in the fifth inning. The Hillbillies advanced to the state championship game last spring.