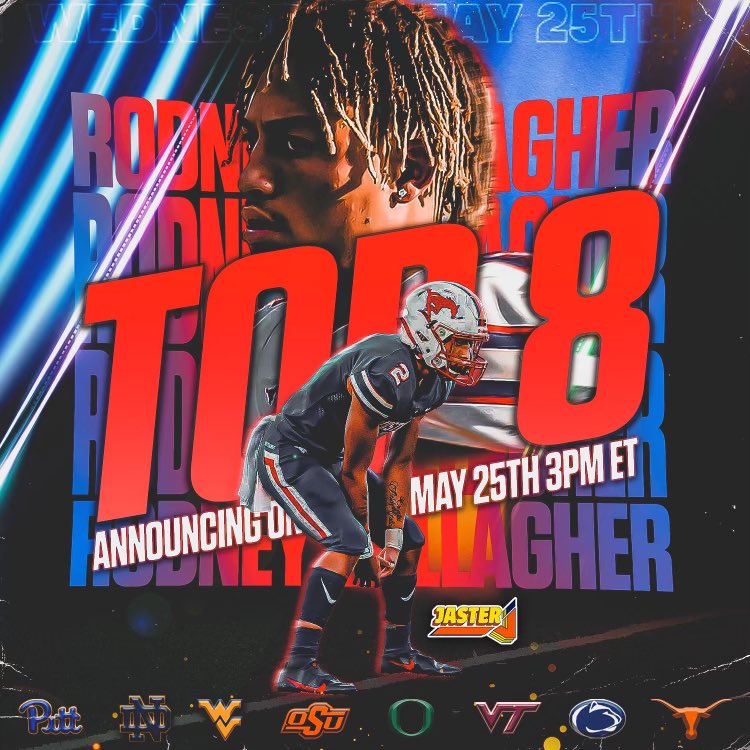 West Virginia received quite the lift to its 2023 recruiting class Wednesday.

Four-star wide receiver Rodney Gallagher, a standout at Laurel Highlands High School in Uniontown, Pa., offered his commitment to the Mountaineers. Gallagher’s addition allows West Virginia to bolster its next incoming class in a big way.

In addition to WVU, Gallagher had Notre Dame, Penn State, Pitt, Oklahoma State, Texas, Virginia Tech and Oregon listed among the final eight schools he was deciding between.

Made my decision for the next 4 years ✍🏽 pic.twitter.com/p8lGRNGMet

The Mountaineers won out on the services of Gallagher, who has starred for the Mustangs in various roles throughout his prep career.

Considered an athlete at the next level, Gallagher also held roles as a defensive back and kick and punt returner for the Mustangs. He is considered a top 100 national recruit by several services in the 2023 class, along with one of the top players in talent-rich Pennsylvania.

Gallagher, who had originally announced his commitment date as July 4, is also a basketball standout who averaged just south of 20 points each of the last two seasons.