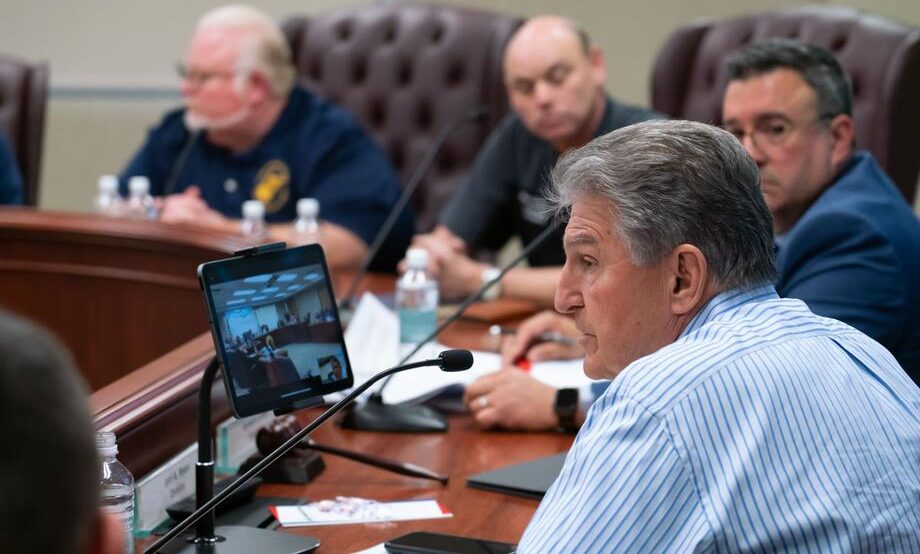 WASHINGTON, D.C. — U.S. Senator Joe Manchin has reintroduced a measure aimed at eliminating the process which seeks to make drastic changes to three V-A Medical Centers in West Virginia. The V-A’s AIR Commission has recommended the elimination of a number of services at the V-A facilities in Clarksburg, Beckley, and Huntington as cost saving measures.

Since the announcement, Manchin has been fighting the changes. He held a second town hall today to get feedback from West Virginia veterans.

Things like emergency care and surgical services would need to be sought from the civilian hospitals.  Senator Manchin doubted the plan would work.

“We don’t have enough to take care of the general population. I don’t know how they think by closing any of our facilities that our hospitals and clinics are going to be able to take care of our veterans,” said Manchin.

He was joined by West Virginia Secretary of Veterans Assistance Ted Diaz who echoed the Senator’s concerns.

“The West Virginia healthcare system is not ready to have 72,000 veterans that are receiving V-A healthcare in the state right now. They are not ready to take in that number,” he said.

Diaz cited the woefully unprepared public health systems with an example of his own mother-in-law who had an issue recently and had to visit an emergency room in West Virginia.

“She sat in the Emergency Room for 18 hours until they could get her up on the floor. She’s a civilian, not a veteran, but this is what we’re looking at,” he said.

U.S. Senator Shelley Moore Capito is also on board with Manchin’s bill. She’s not alone. A number of Senators from rural states on both sides of the aisle have joined to eliminate the AIR commission as it has become clear what’s at stake, especially in rural states.

“The recommendations for West Virginians are going in the wrong direction. They’re proposing to eliminate emergency services, eliminate surgeries, so we are fighting together just to eliminate this whole process,” she said.

“I will continue fighting tooth and nail to prevent the loss of a single VA service or facility in West Virginia, which is why I reintroduced the bipartisan Elimination of the VA AIR Commission Act yesterday to dissolve the commission and ensure our Veterans continue to receive the care they earned and deserve.” said Manchin.