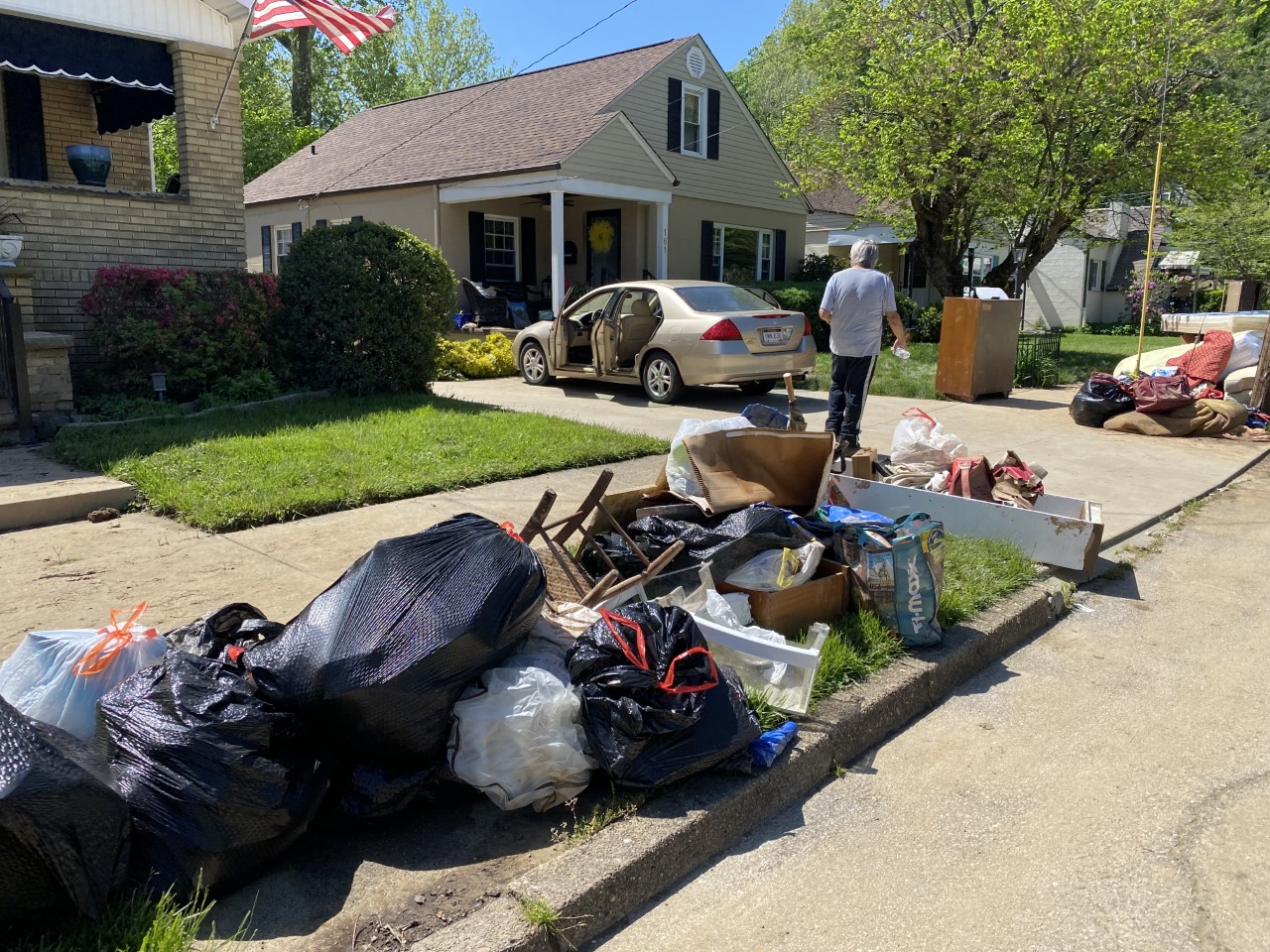 Flood debris lines Fountain Place in the Enslow Park neighborhood of Huntington after the May 6 storm. Carrie Hodousek/WVMetroNews

HUNTINGTON, W.Va. — Officials with the state Division of Emergency Management are in Huntington this week in hopes of collecting enough flood damage assessments to prove to federal leaders help is needed for residents impacted by the May 6 storm.

The request would provide residents with individual disaster assistance from the Federal Emergency Management Agency and U.S. Small Business Administration.

“We’re hoping that FEMA can finish their validation by the end of the week. We, at the state level, have a 30 day window from the disaster date to send that information to the governor which, in turn, gets forwarded on to the President of the United States,” Means said.

More than 100 homes were damaged after the flash flooding event. The damage was widespread, but concentrated in the Enslow Park area of Huntington.

Emergency management crews with the state joined FEMA and the SBA Tuesday to begin the work in Cabell and Wayne counties. The work should wrap up by the end of this week.

“They continue to muck and bring soiled stuff out of their house. There are residents that are looking for sheltering or hotel accommodations while their homes are being worked on,” he said.

The storm caused a number of water rescues, power outages and road blockages. A man died being swept away by floodwaters in Milton.

Residents previously told MetroNews water levels rose a few feet inside homes at the height of the storm and then dropped back down. Couches, tables, other furniture and photo albums were ruined.

“It’s really amazing how widespread the event is and how well it lines up with the data and what we’re seeing with some of the drone photos,” Means said.

Crews hope to complete the assessments of impacted areas by the end of the week.