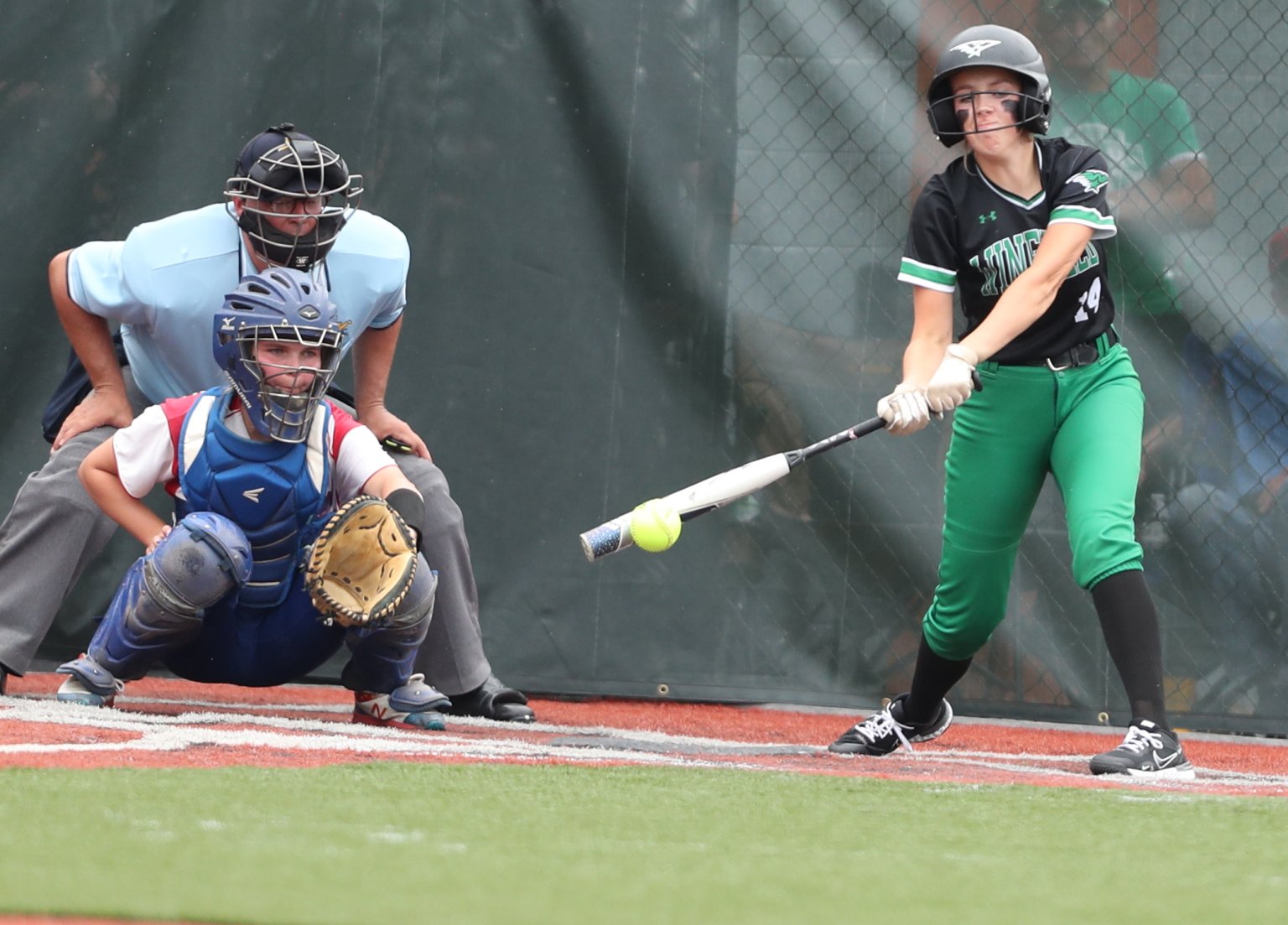 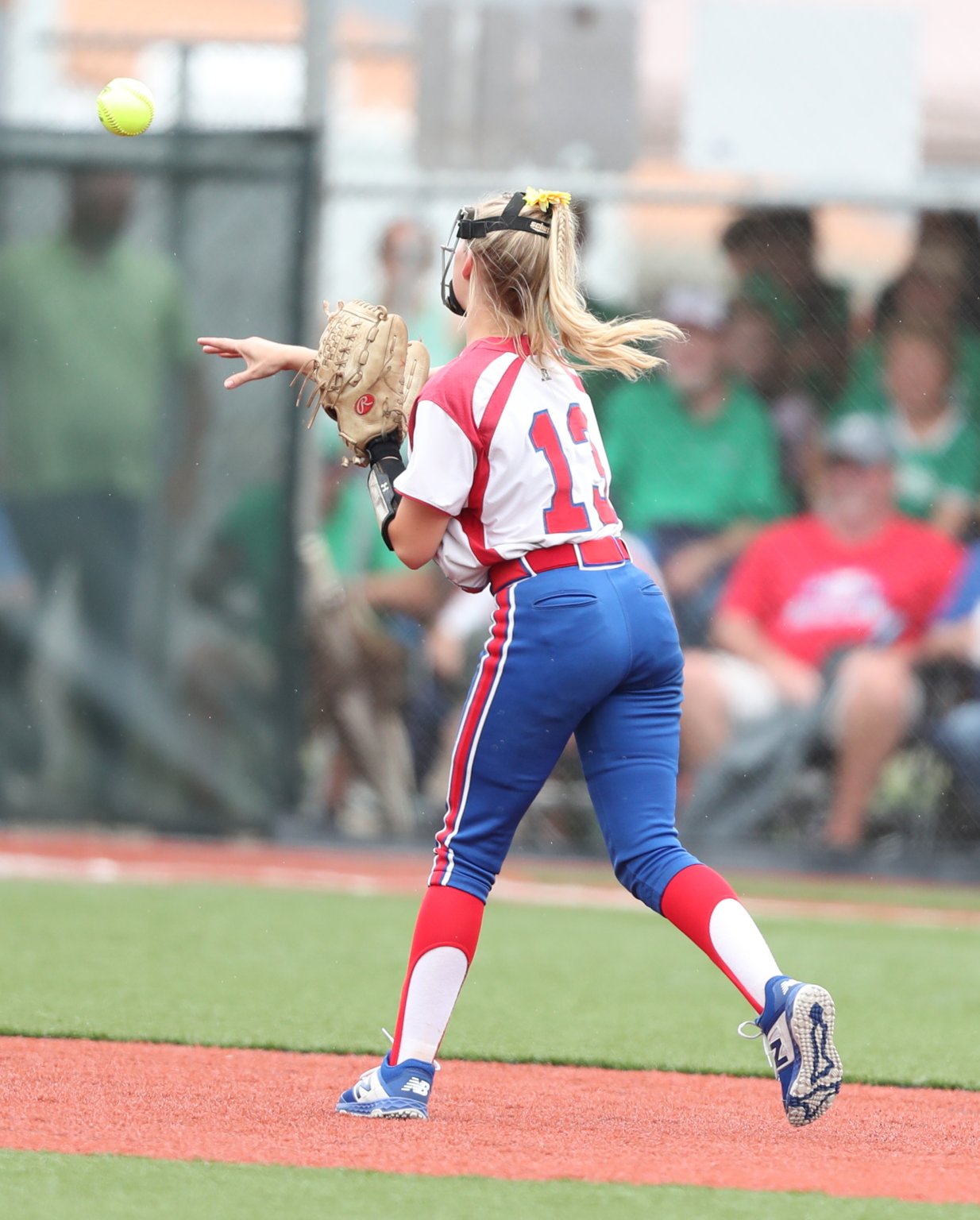 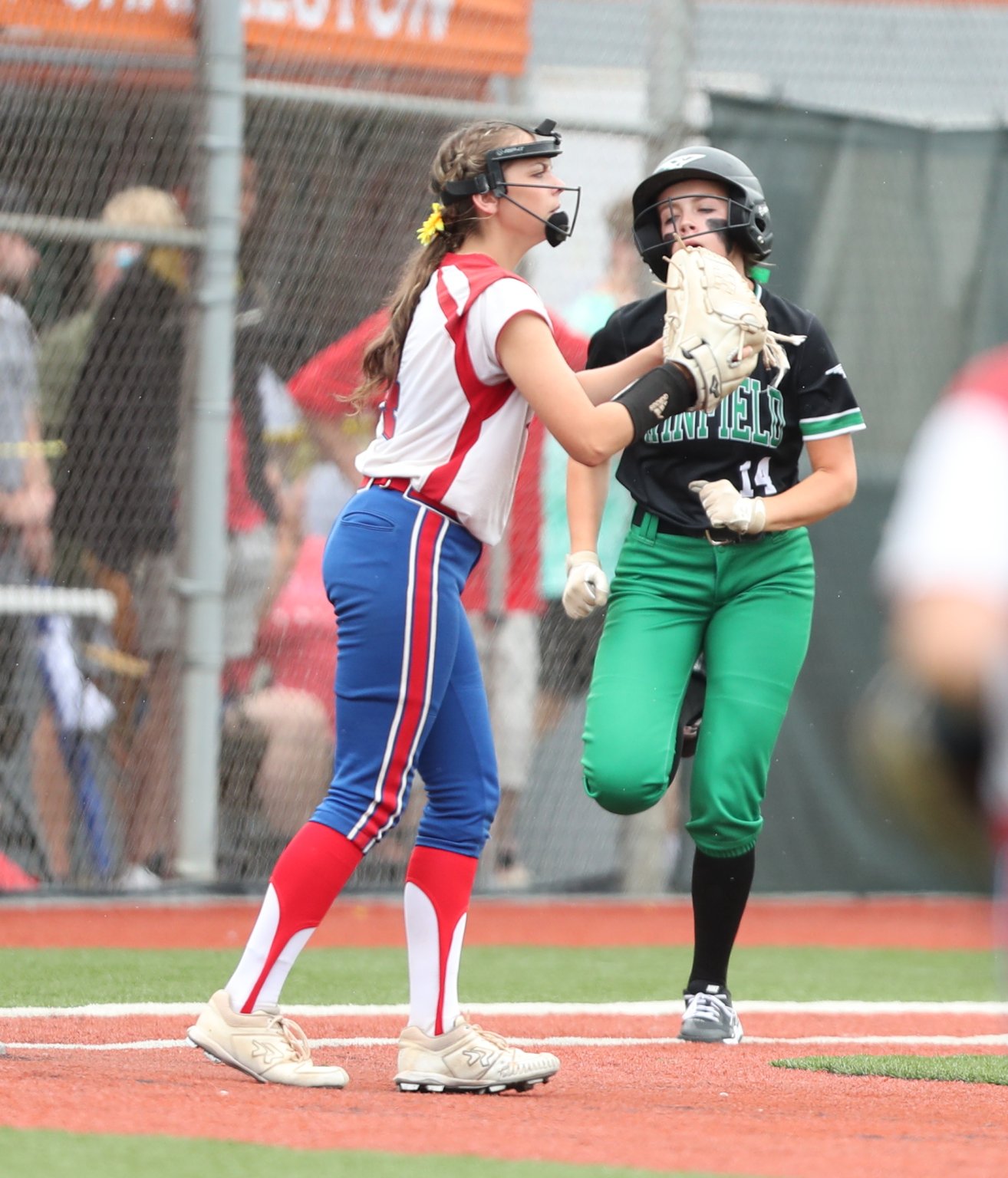 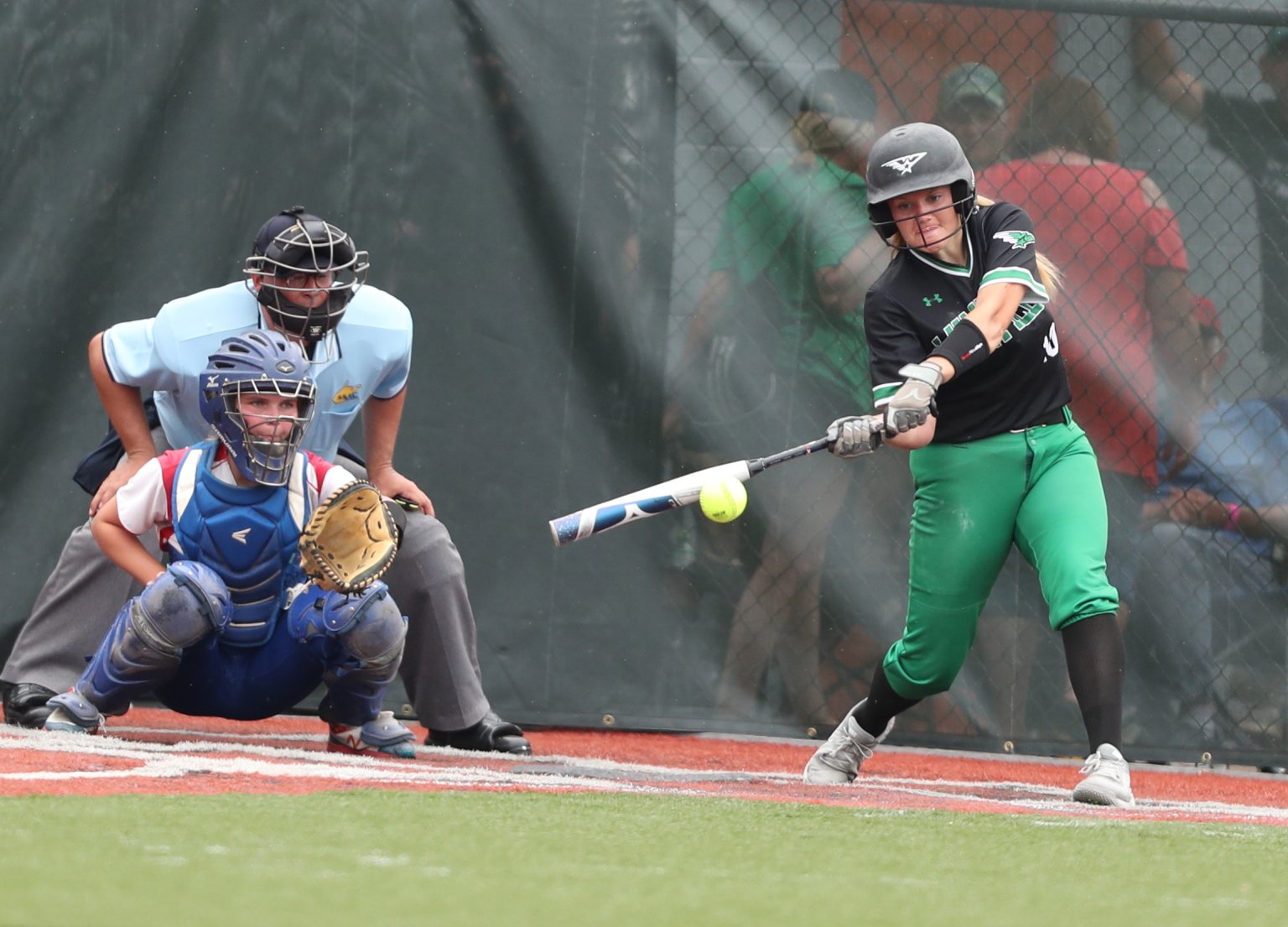 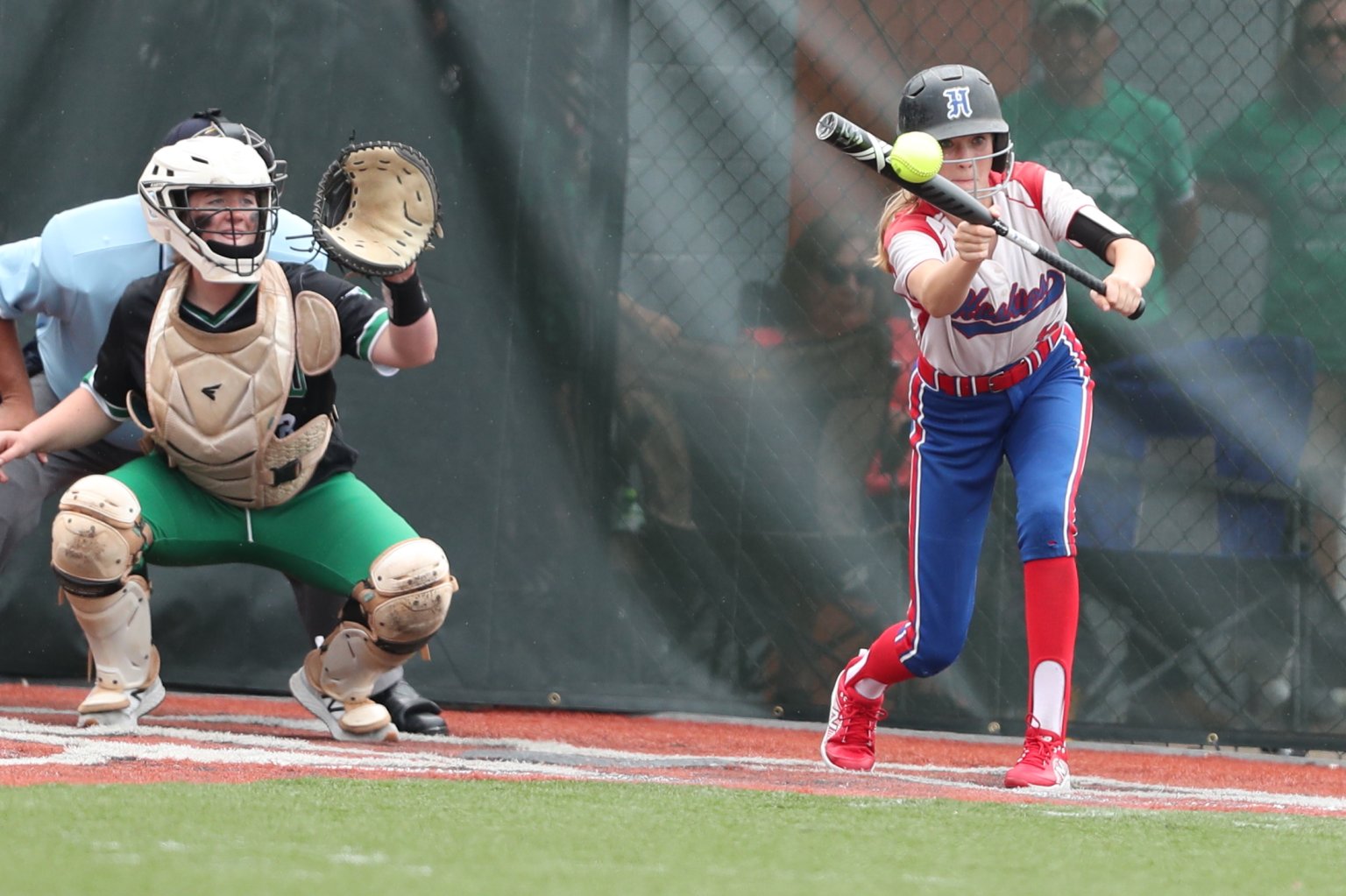 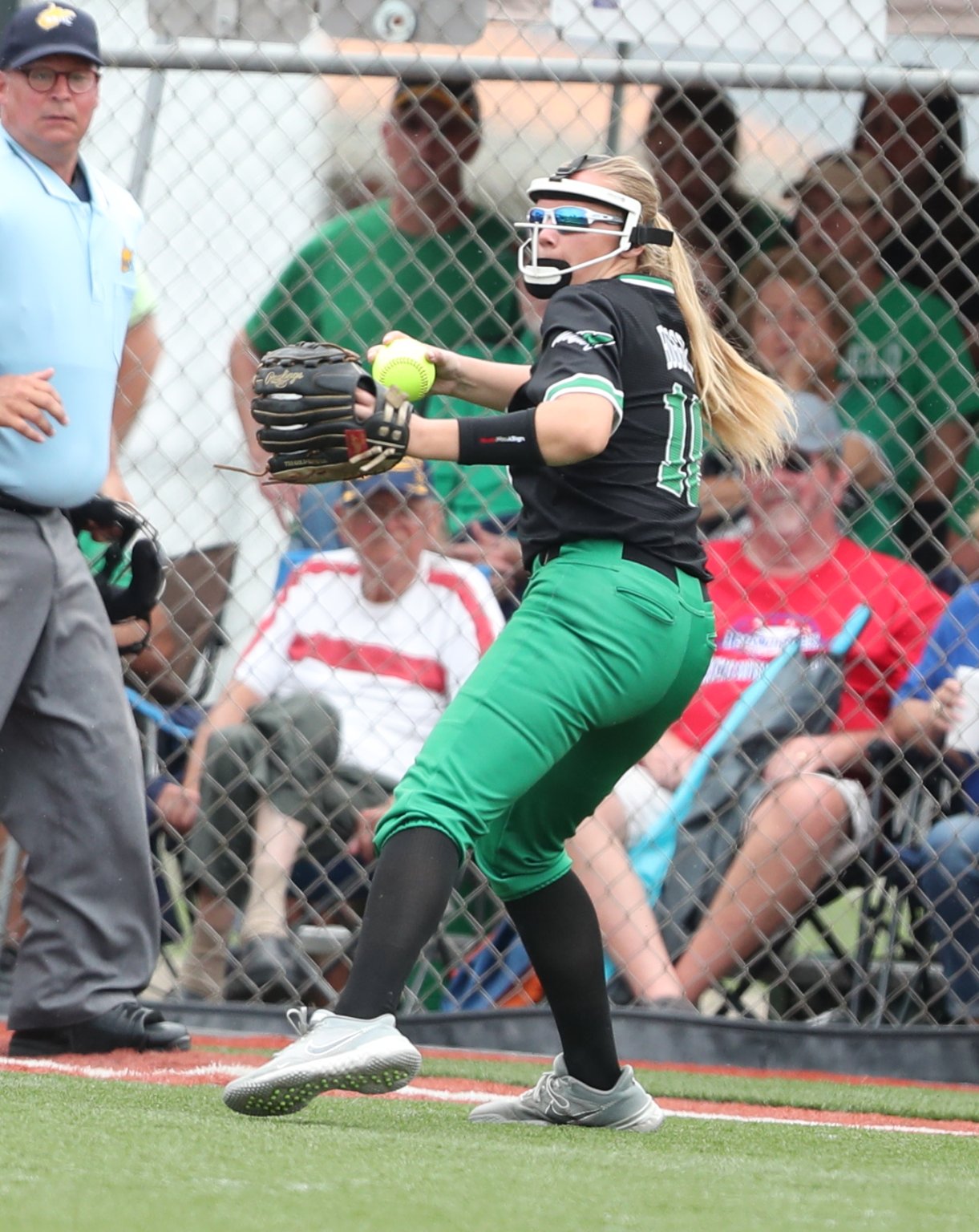 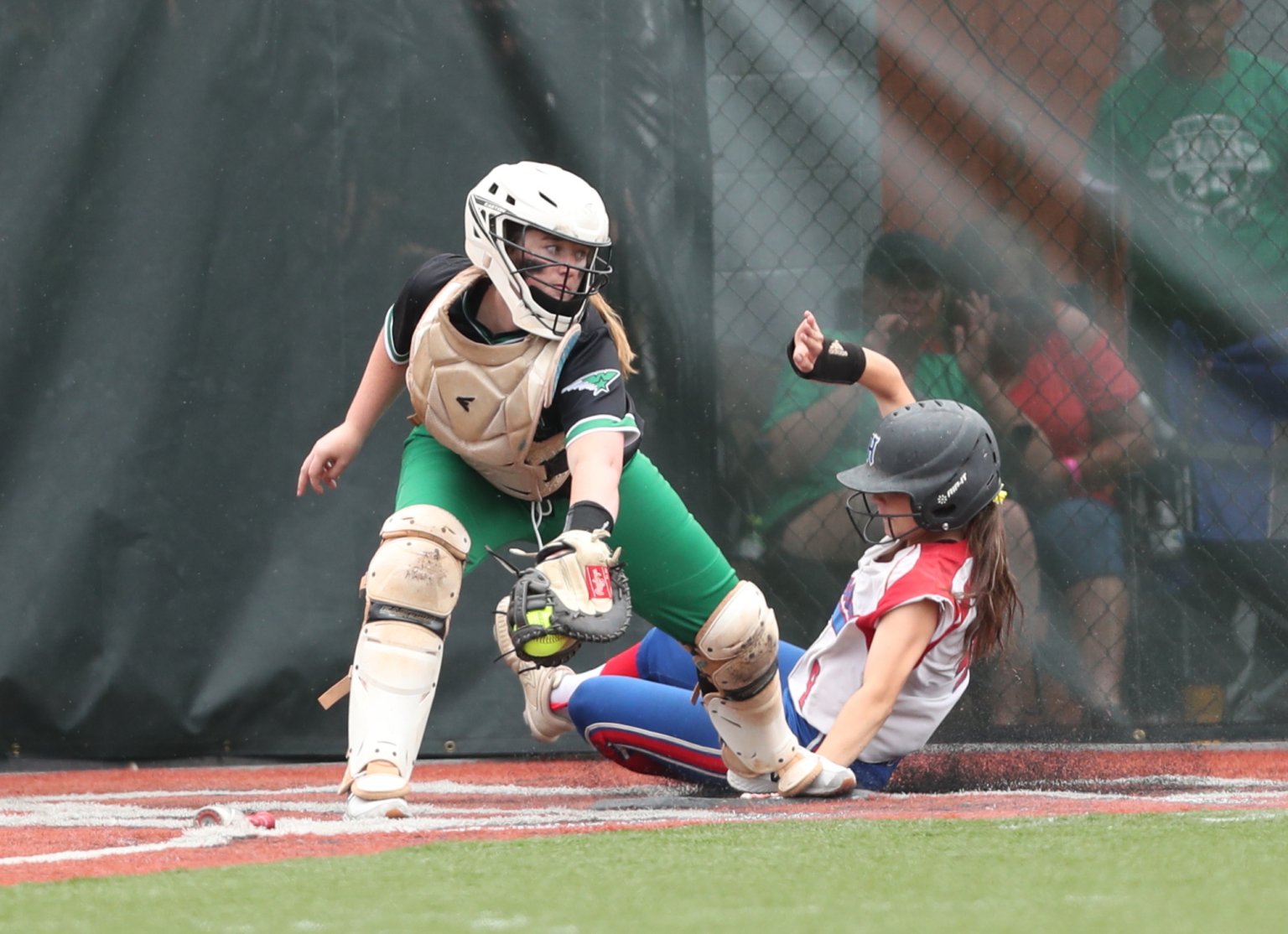 SOUTH CHARLESTON, W.Va. — Herbert Hoover had done it before and even with a similar cast of characters.

Only 11 months ago, the Huskies dropped their Class AA state tournament opener to Sissonville, only to win four straight games and a fourth consecutive state championship.

History would repeat itself in 2022. After losing Wednesday to Oak Glen by one run, the Huskies answered the call and stayed alive with victories over Shady Spring and the Golden Bears in elimination games to reach the Class AA championship against Winfield.

Needing to beat the Generals twice, Herbert Hoover did just that to become the third team in state history to win five straight softball championships, joining Buffalo (2011-2015) and Hurricane (2015-2019).

After claiming a 7-1 victory to force the winner-take-all matchup, the Huskies rolled by Winfield 21-3 in five innings, displaying their patented plate patience and utilizing more quality pitching and defense to win in convincing fashion.

“We talked about it in the huddle this morning and I said, ‘there’s one team on this field that knows what it means to win three and it’s us,’” Huskies’ coach Missy Smith said. “We believed we could because we have before.”

In the finale, Hoover (25-4) scored in all four innings it came to bat, including seven in the first and 10 in the fourth as the Huskies had their way offensively to the tune of 17 hits.

“When you get up here, you can lean on pitching, but you have to be able to score a little bit, too,” Winfield coach Steve Hensley said. “Clearly Hoover does and they’re really good. There’s no shame here. It’s not what we wanted, but I’m proud of them.”

Still, it was Winfield (26-9) that struck first, scoring twice in the first inning — on a Huskies’ error and Alex Hurley’s RBI single.

The lead was short-lived. With Maci Boggess unable to pitch due to injury, the Generals began with Georgia Moulder in the circle. Hoover’s first three batters reached, including Sydney Bright with a run-scoring single. Later in the first, Brooklyn Huffman continued to swing a hot bat throughout the state tournament and her two-run single put the Huskies on top to stay. Kirstin Wehrle hit a two-run double that led to Winfield inserting Kristin Hensley at pitcher, but Hoover managed two more first-inning runs on a Josi Fix single and Sydney Shamblin’s sacrifice fly.

“We all play together and when one of us is down, someone else brings them up,” Huffman said. “It takes all of us and we’re together.”

Huffman’s sacrifice fly in the second upped the lead to 8-2, and Caroline Woody worked a bases loaded walk in the third, which along with Grayson Buckner’s RBI single and Huffman being hit by a pitch with the bags packed, allowed the Huskies to build a nine-run advantage through three.

Moulder’s fourth-inning single produced Winfield’s final run, but the Huskies scored 10 in the bottom of that inning to aid their cause in ending the game early.

“We decided again to do this the hard way like we did last year. The scores don’t reflect the competition that was here,” Smith said. “I’m really proud. We worked really hard to get here.”

Along with picking up the win by pitching the first four innings and allowing three runs on four hits, Fix was 4-for-4 with three RBIs from the No. 9 spot in the lineup.

“When the bottom of our lineup produces, it spurs the rest of everybody else to produce,” Smith said.

Woody had two hits, three RBIs and three runs, while Huffman was 1-for-1 with four RBIs. She drove in 12 runs in the state tournament to go with a .750 batting average.

“We practice every day for three to four hours and we know we can,” Huffman said. “We’ve been here multiple times. We just had to take it one step at a time and we did.”

Moulder and Hurley had two hits apiece in Winfield’s second defeat of the day.

The first came hours before Hoover celebrated its championship as the Huskies got six stellar innings from Buckner and opened up a comfortable lead late in their six-run victory.

Buckner struck out five, walked two and surrendered only four hits. She prevented the Generals from scoring each of her last five innings in the pitching circle.

With the Huskies leading 2-1 in the fifth inning, Huffman and Wehrle belted back-to-back doubles to double the lead.

Huffman later added a two-run double in a four-run sixth as Hoover built momentum with its bats that carried over to the final game of the season.

After pitching 14 scoreless innings in a pair of shutout wins Wednesday, Boggess got the start in Thursday’s opener. She took the loss after allowing three runs on eight hits over 4 2/3 innings.

“She was banged up pretty good,” Hensley said. “She has a pretty good bruise on her arm and her hip is bruised up, too. We’re not going to hurt her.”

Boggess was relieved by Lilly Chandler, who was charged with four runs in 2 1/3 innings.

Moulder had two hits in the first game en route to four on the day.