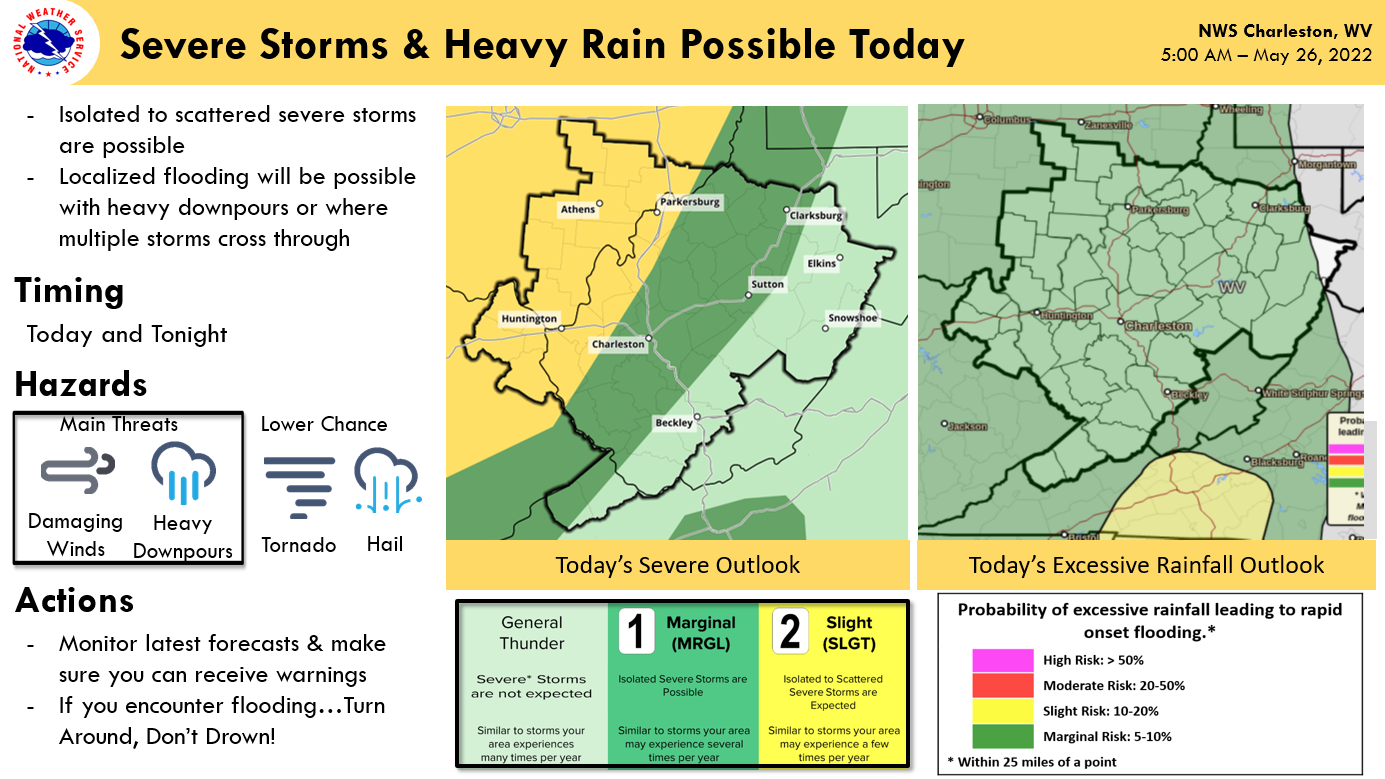 Further to the east, there is also a chance for storm activity in Boone and Kanawha counties, as well as Harrison County to the north. However, the chances of storms there are diminished in those areas.

Any storms carry the possibility of severe rainfall and possible flooding, but Lewis added the probability of floods is minimal.

“We have a strong moisture feed from the Gulf of Mexico region that’s being pumped into the state, so any storm we have has the potential for a strong downpour, but one thing that will prevent significant flooding is any sort of storms are going to move along nicely. It’s really if any area gets repetitively hit that we’re going to have to keep an eye out for localized flooding issues,” she said.

The chance for shower and storm activity greatly diminishes on Friday and will give way to a pleasant holiday weekend with much hotter weather coming next week.