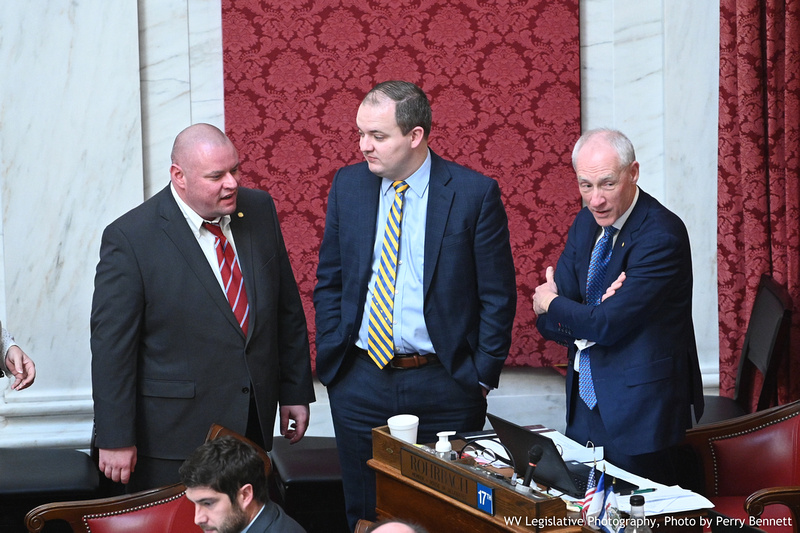 CLARKSBURG, W.Va. – Three-term House of Delegates member Ben Queen is currently running unopposed for a seat in the state Senate.

The newly created 12th Senatorial District covers all of Harrison, Lewis, Gilmer, and Calhoun counties and part of Taylor County.

Queen, R-Harrison, said in absence of a challenger in the fall he’s spending time gaining a better understanding of the senate.

“Tried really hard the last six months to get to know the new senators and the Republican caucus over there,” Queen said. “I’ve spent several long days with the Senate president–just grasp what the senate’s direction is.”

Queen said the next legislature is going to be working with a healthy state budget. It could end the fiscal year on June 30 with a revenue collection surplus in excess of $1 billion.

“I believe this state is headed in the right direction because we’ve passed flat budgets the last four or five years,” Queen said. “My first year we had a $500 million hole and we haven’t grown our state budget nearly to the percentage that other states are doing.”

Queen said it’s time to come up with a plan to return some of that money to taxpayers.

“It’s a rewarding factor, but now we have over $1 billion of rainy day in the bank and we need to make a plan going forward to start giving this money back.”

A question on the November ballot, the Property Tax Modernization Amendment, if approved by voters, could exempt personal property used for business activity and personal motor vehicles from being taxed. In 2018, reports indicate that tax produced total revenue of $523.9 million- more than 65 percent went to fund public schools and about 27 percent was allocated to county governments.

“I think there needs to be a very unique equation of how to make counties whole and how to reward counties that continue to grow,” Queen said. “I think that’s a massive issue and I think it’s got to take a creative formula because you don’t want to blow holes in county budgets.”

Queen could still have some opposition in the fall election, minor political parties such as the Mountain, Green and Libertarian parties, have until Aug. 1 to file candidacy paperwork with the Secretary of State.