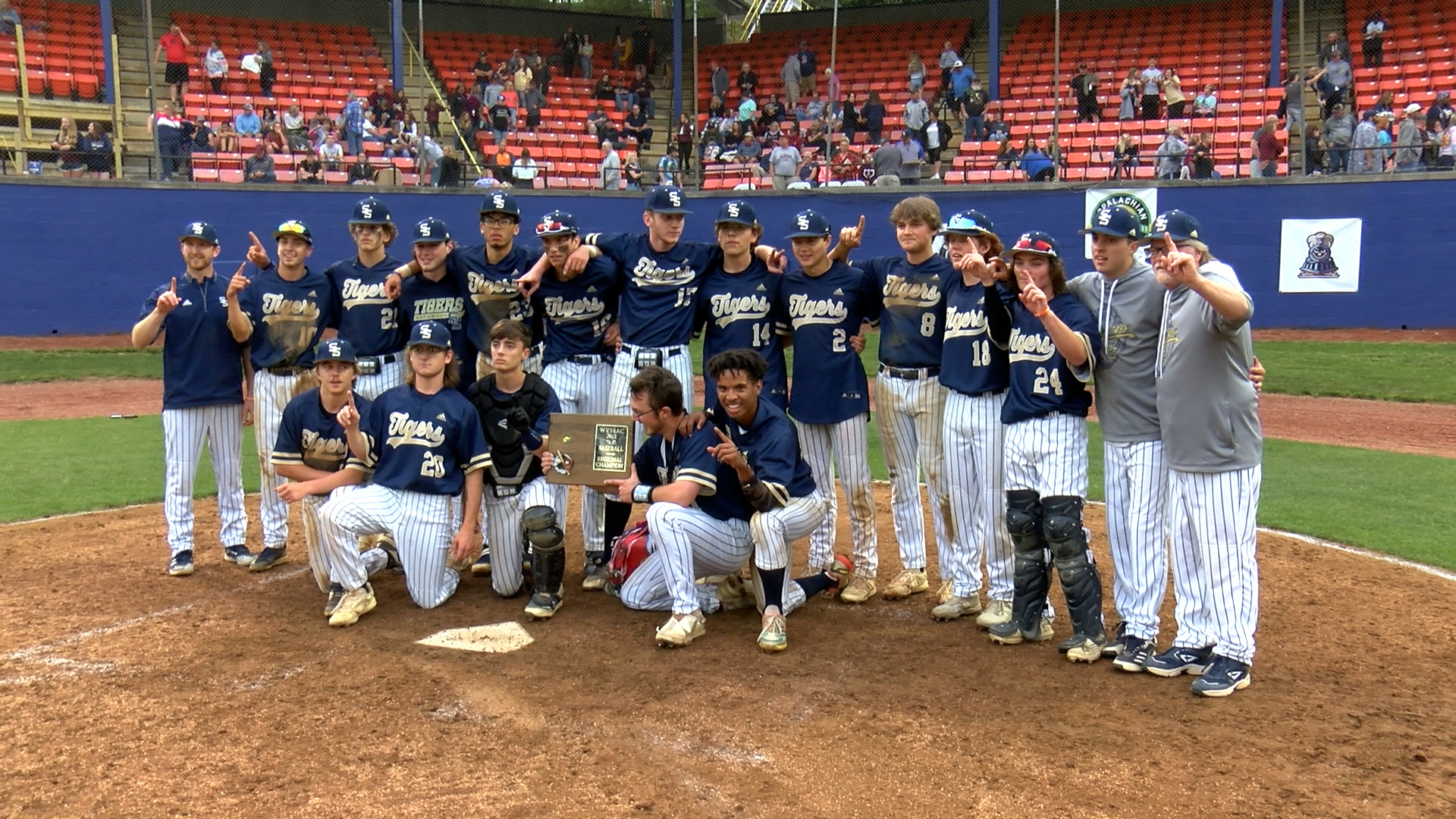 BLUEFIELD, W.Va. — A two-run sixth inning gave Shady Spring a lead and a two-run seventh inning provided necessary insurance as the Tigers held off Bluefield, 6-5 in the decisive game of the Class AA Region III series Saturday at Bowen Field. With the win, No. 5 Shady Spring (26-9) qualified for the state tournament for the second time in four years.

The Tigers erased a 3-2 deficit in the sixth inning when Evan Belcher singled through a drawn-in infield with the bases loaded. Josh Lovell and Alex Johnston scored to give Shady a lead they would not relinquish.

“The first two at bats, [Belcher] hit pop flies to centerfield. I told him, ‘You are getting underneath it. Just stay on top’. It was a great six-hole hit to score two runs and give us the lead. Then in the last inning, we got a little bit more cushion.”

The Tigers extended their lead to 6-3 in the seventh on a run-scoring fly out from Lovell and an RBI single from Aden Seabolt.

Bluefield answered with a run-scoring single from Hunter Harmon and a sacrifice fly by Ryan Harris. With the tying run on second for Bluefield, Shady pitcher David Young induced a fly out to end the game. Young went the distance for the Tigers, allowing just six hits.

“David is always going to throw strikes no matter what. He might not throw the hardest but the kid is a stud and he is a senior. We call him ‘Iceman’.”

Shady Spring is the No. 4 seed in the Class AA state tournament. They will face defending state champion and No. 1 seed Logan (26-9) in the tournament opener Thursday at 4:30 p.m. at Appalachian Power Park in Charleston.

“I like my odds with Cam Manns on the mound against anybody. The dude is a stud and he has one loss on the year.”

WVU Sports
Three Guys Before The Game - Dawn Plitzuweit Visits (Episode 384)
Coach P installs her system for on and off-court success.
By MetroNews Staff
Sports
Nearly half a century later, Northfork's rich basketball history not forgotten
The Blue Demons captured eight straight Class AA championships from 1974-1981, which stood as a national record for a decade.
By MetroNews Staff
Sports
Johnny Williams IV becomes second offensive lineman in WVU's Class of 2023
Williams IV is the third verbal commitment from the state of Georgia in next year's recruiting class
By Joe Brocato
Sports
'It's like a dream come true': University's Braham details commitment to West Virginia
University's Noah Braham, the son of Rich Braham, pledged his commitment to the Mountaineers over the weekend.
By Greg Carey
View AllHoppy's Commentary