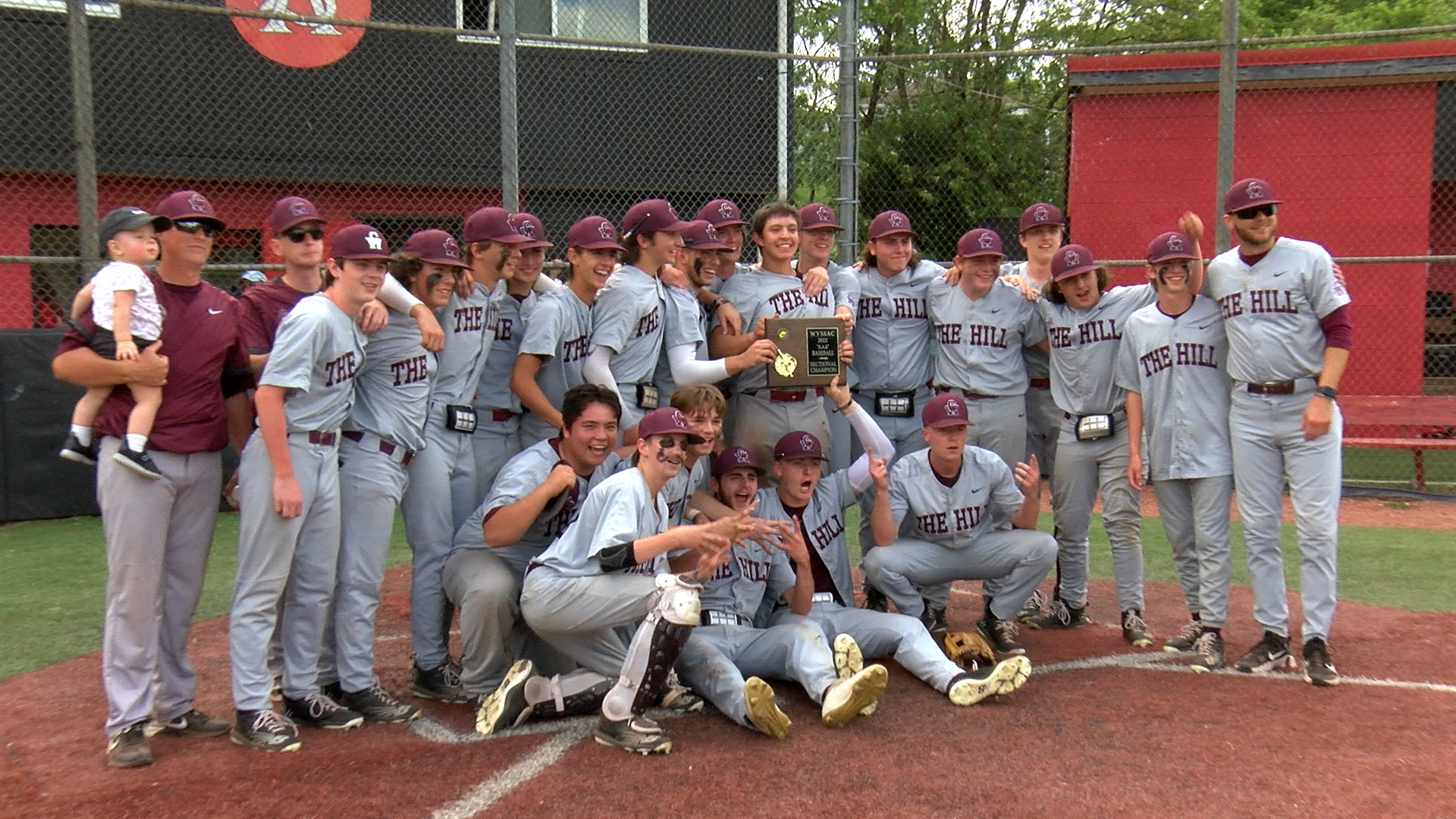 George Washington celebrates a 13-10 win over St. Albans for a sectional championship. Photo by Joe Brocato

Last season, George Washington’s baseball team came within one win of its first sectional championship since 2014.

Instead, after defeating then-defending Class AAA champion St. Albans to move into the driver’s seat of Class AAA Region III, Section 1, the Patriots suffered consecutive losses against the Red Dragons, ending an up-and-down season at 17-17.

“We came up a little bit short and had some growing pains that we had to go through,” Patriots’ coach Mike Davis said.

Davis had relatively high expectations for the 2022 version of his squad, though doubt crept in throughout the opening month of this season, particularly after the Patriots suffered a 12-2 loss to Morgantown on April 15 that left them with a 4-11 record.

Since then, GW has won 16 of 21 games, a sectional championship for the first time in eight years and both matchups of its Region III series with Greenbrier East, allowing the Patriots to qualify for the state tournament for the second time in school history and first time since 2008.

“To make the turnaround that we have and get hot at the right time,” Davis said, “this has been fun.”

“I don’t want to say we expected to be in the state tournament, but we did have high expectations for this group,” Davis said, “because we were a very junior-dominated team last year.”

When Davis examines how the Patriots got things moving in the right direction this year, he looks no further than the team’s seniors. Of the six, four — Cameron Reed, Jaeden Anderson, Isaac McCallister and Kamden Snyder — occupy the first four spots in the team’s batting order.

While that quartet has combined for an abundance of success on the diamond, the leadership the group displayed in keying the turnaround is what Davis values most.

“There was definitely a time this season where we were on the brink of either collapsing or getting this thing going in the right direction, getting attitudes in check and playing the game the right way,” Davis said. “The players had to be the ones to make that decision. As a coach, you can only do so much. You can give them an opportunity and try to show them the right way.

“I’m really proud of the way they turned the corner and kind of got behind each other. About four weeks ago, those four top seniors got together and said, ‘Enough is enough. We’re too good to be losing games the way we’re losing them and carrying ourselves the way that we’re carrying ourselves.’ They picked each other up and if one of them got out of line, there were three more to say that’s not how we do things or go offer support to the three sophomores in the lineup and help them out.”

A change in attitude helped create a change in results, and the Patriots have dropped consecutive games just once the slow start that included four straight losses to start the season and a five-game skid soon after.

In sectional play, GW scored in double figures in all three of its victories, beating Capital 10-1 and then defeating St. Albans 10-9 and 13-10.

The success at the plate carried over into the regional series with the Spartans, and GW also benefited from stingy pitching in 10-0 and 8-2 victories.

“It wasn’t anything physical,” Davis said of the turnaround. “It was getting emotions in check, handling yourself the right way and all the stuff that we’ve been preaching for a number of years to these kids. If you do certain things, carry yourself a certain way and play the game the right way, you’re going to get good results. They’re finally now getting some positive reinforcement and seeing that.”

The Patriots enter the state tournament a clear No. 4 seed in Class AAA and Davis is well aware. Top three seeds Jefferson, Hurricane and Bridgeport — where Davis is a 2007 graduate of — are on the short list of the state’s top baseball programs and each has grown accustomed to finishing their seasons in Charleston.

Still, Davis likes how his team stacks up against the rest of the field, and the aforementioned seniors have a lot to do with why.

“A lot of people are looking at our record and we certainly don’t have 30 wins like the other three powerhouses in there, but our last 20 games, we’re 15-5,” Davis said. “That’s more of what we expected to get out of this group this year.”

Reed is the leadoff hitter and plays second base when he’s not serving as the team’s top pitcher. Bound for Potomac State, he’ll likely get the ball in an effort to slow down the Cougars come Friday.

It’s a role Davis never envisioned Reed having as a junior.

“He hadn’t really arrived yet on the mound last year,” Davis said. “We were a little thin on pitching. He’s such a hard worker and worked his tail off this entire year. He probably added four or five miles per hour of velocity over the last year. Instead of sitting 82 around the zone, he’s sitting 86, so he can get away with a little more on his fastball if he falls behind in counts.

“He pairs that with a real tight breaking ball that he can throw anytime in the count. When he has success, he has that curve ball going. He’s really just a bulldog out there. He’ll struggle with his command at times, but he battles through it. I’m really happy with the growth he’s made over the last year to put himself in the position he’s in.”

The same can be said for Davis’ feelings on the Patriots’ roster as a whole, with the program’s resurgence coming after a rough opening month that made it appear a .500 season wasn’t within reach, nonetheless sectional and regional championships.

“It’s certainly a big deal for us. We felt this is what George Washington baseball could be,” Davis said. “We’ve always had good players. We’ve had good teams, but St. Albans has just been better. If you can’t get out of your sectional, you’re not getting much publicity or anything like that.

“It’s nice to finally get out of the section, take care of the business in the regional and be where we wanted to be. We’ve had that vision for us to get here, so we’ll see how it goes.”