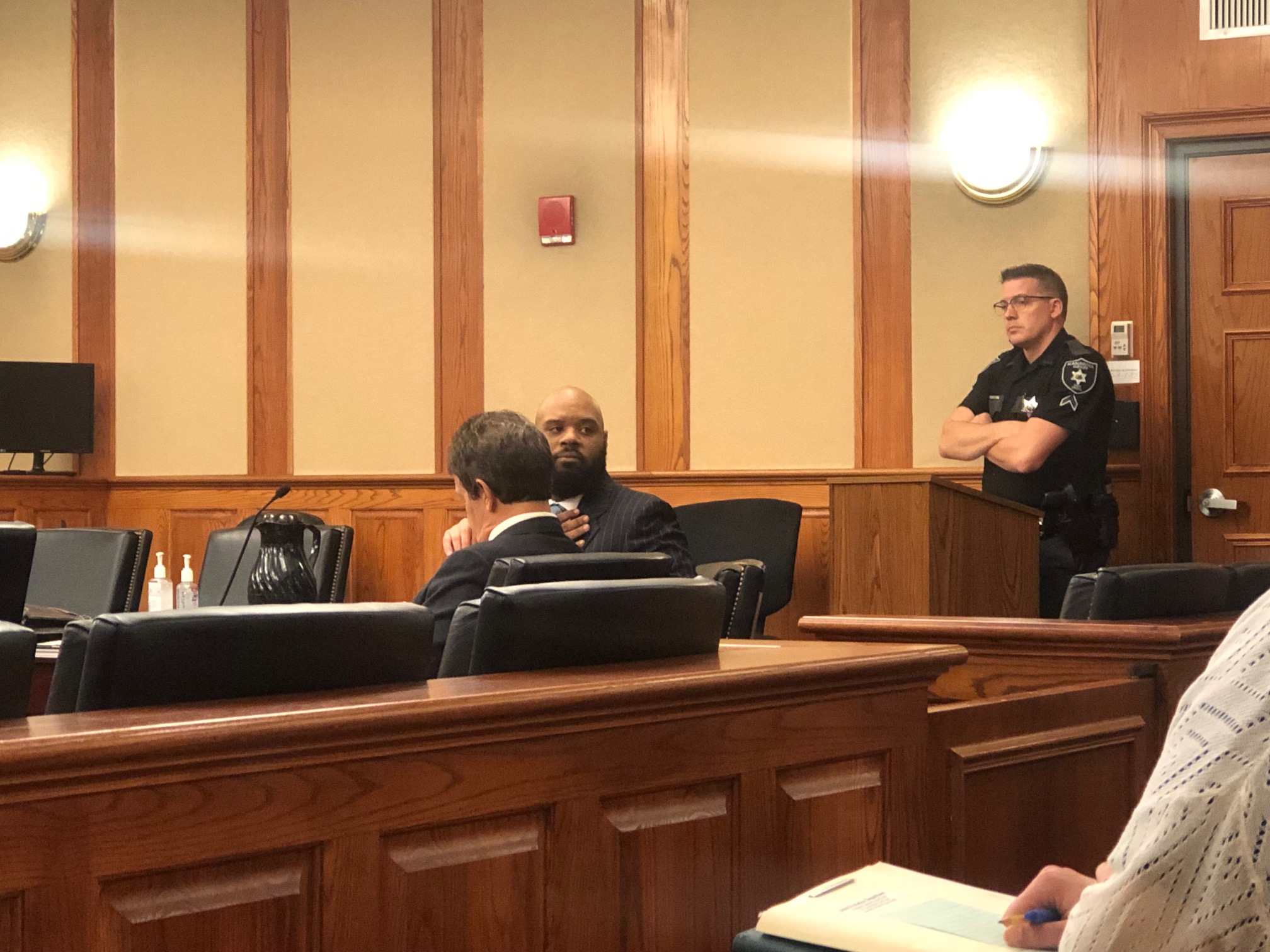 James Lynch turned around and apologized to the victim's family on Thursday.

CHARLESTON, W.Va. — A former Kanawha County Schools teacher’s aide was sentenced to two years in jail on Thursday for battery on a student.

Lynch was accused of striking a special needs student four times from February to March 2021. He was additionally accused of squeezing the child’s hand and shoving the student, who has been identified at N.H. The two counts Lynch pleaded guilty to were two separate incidents, one occurring Feb. 25 and the other Mar. 4, Lynch’s attorney previously stated.

“I do identify myself as a Christian and I know that I do have to forgive you and I am working on that at the moment. I just don’t understand why because I felt that you and I had a rapport. I felt that if I could trust anyone with Nehemiah, that person would be you,” she said.

Hill said she considered Lynch a friend and that’s why she is so hurt right now. Hill said the Lynch and Hill families had been friends for years.

Lynch’s attorney, Ed Bullman, stated that Lynch wasn’t acting out of “anger” but Lynch admitted what he did was wrong after viewing the video. Lynch admitted his mistake to the Hill family on Thursday.

“It was not my intention to cause harm or embarrassment or pain. Y’all know me like I know y’all. This has been awful, it’s been an awful experience,” Lynch said.

Lynch further stated to the judge that he had worked for Kanawha County Schools for 14 years and has had ‘excellent’ reports and evaluations and that he ‘loves children.’ Lynch was arrested on the charges following the indictment but since bonded out of jail. He was fired by Kanawha County Schools on Oct. 4, 2021.

Kanawha County Schools has said it learned of the alleged incidents during an investigation of alleged abuse by a teacher and two other aides.

Teacher Anthony Wilson is charged with battery and his case is pending in magistrate court.

Before sentencing, Akers said she could not grant Lynch an alternative sentence because he had tested positive for marijuana while on bond.

“You have all these nice things to say to the Hill family and you are sorry, and I can appreciate that, I think that’s sincere. But you come here and ask for an alternative sentence while you have not adhered to the rules while on bond,” Akers said.

Akers then sentenced Lynch to two years in jail, one year for each battery count. The sentences will run consecutively. Lynch was handcuffed and taken from the courtroom to the South Central Regional Jail.