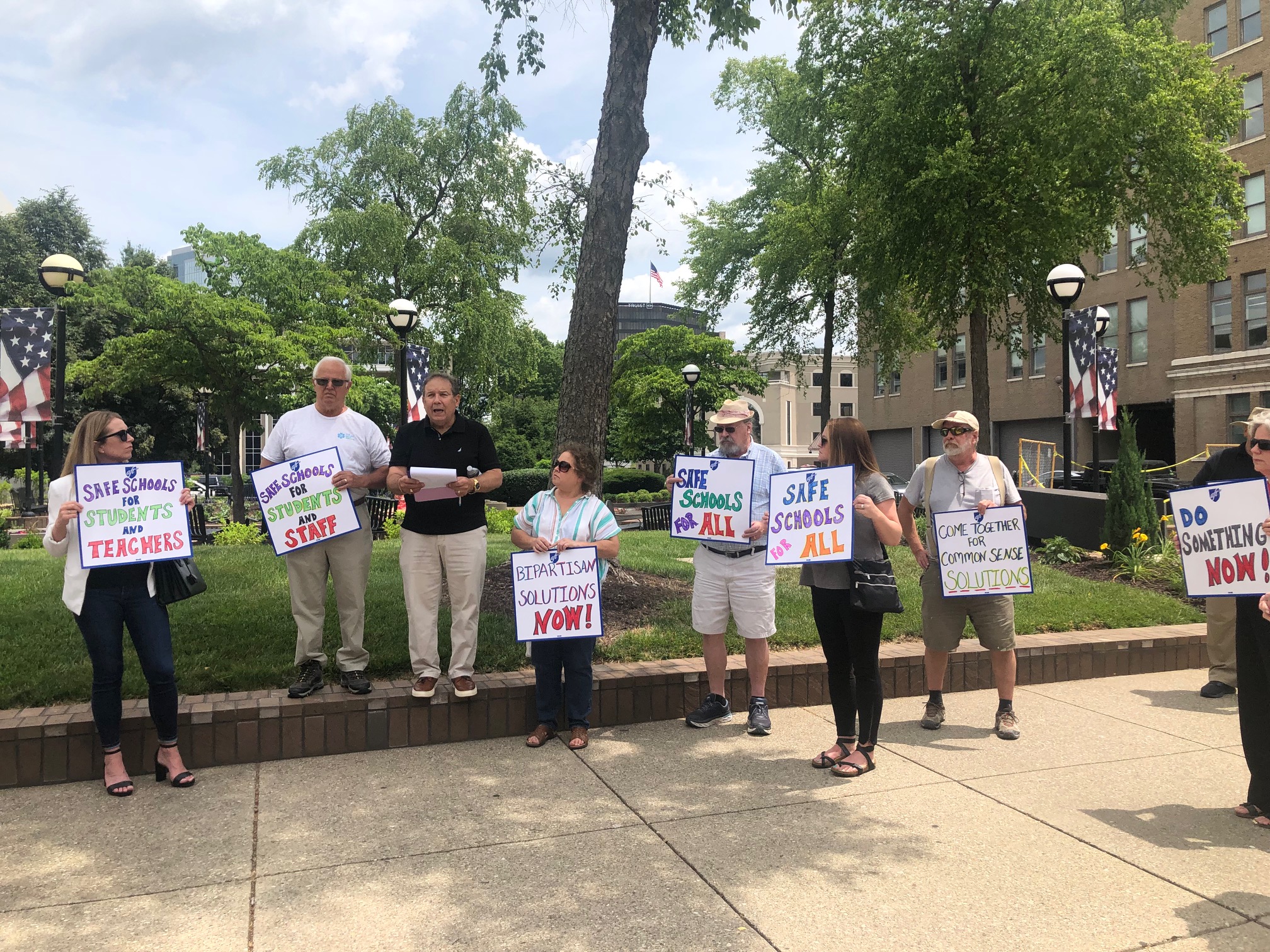 Fred Albert of AFT-West Virginia, center, and members stand outside of US Senator Shelley Moore Capito's office in Charleston.

The group stood outside Capito’s office on Virginia Street East and Manchin’s office on Pennsylvania Avenue with signs that read ‘Safe Schools for Students and Teachers’ and ‘Bipartisan Solutions Now!” The event comes just more than a week after 19 children and two teachers were killed in a mass shooting at a Texas elementary school.

“We’re not here to ask to take anyone’s gun away from them. We are here to ask for protection for the most precious treasure in our country and that is our school children,” Albert said.

Albert said there has not been a poll yet of West Virginia members of AFT because of teachers being away with summer. He said he is confident those numbers would reflect national polling numbers, wanting change.

In Ohio, a bill is being proposed that would allow school teachers to carry firearms. Albert said that should not be the case and teachers are hired to teach, ‘not carry a gun and wear body armor.’

“What are we doing in the United States of America if we cannot protect innocent children, innocent school teachers and innocent grandparents who go to the grocery store to shop,” Albert said.

Robert Ferguson, a teacher at St. Albans HS and AFT-West Virginia member shared the same thought with Albert on arming teachers. Ferguson led the U.S. Marines in combat and has also worked in state government. He said that three out of four rounds fired in combat do not hit the target.

Ferguson said he understands how difficult it would be to clear the streets of assault-style weapons but there must be an effort to.

On Friday’s MetroNews ‘Talkline,’ Manchin said he supported measures raising the age limit for possessing semiautomatic rifles, red flag laws to temporarily remove guns from people considered a threat to themselves or others, and the kind of expanded background checks that he has previously backed.

Manchin is involved in bipartisan discussions about gun safety policy.