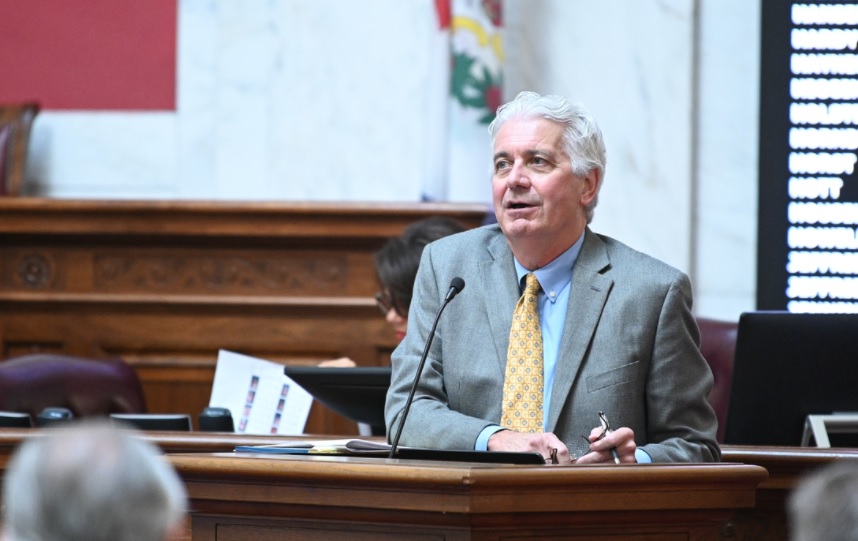 Hardy said as of Monday, the state was already $73 million ahead of revenue collection estimates in the month of June. West Virginia came into the month having collected $1.1 billion more in revenue than originally anticipated through 11 months. Hardy said June is a big collection month with estimated taxes due on June 15.

He said the numbers will look good on June 30.

The governor’s office and state legislature have already approved the use of $800 million of the revenue surplus in the next state budget. Hardy said that will leave about $400 million for other projects.

“There’s a lot of decision-making that will need to be done,” Hardy said.

Gov. Jim Justice could schedule a special session in July to address the remainder of the revenue surplus.

During his presentation, Deputy Revenue Secretary Muchow detailed the meteoric rise of severance tax revenues, mainly due to rising prices of coal and natural gas.

Muchow said severance taxes bottomed out at $250 million in December 2020 and by last month, May 2022, the collections were at $754 million.

“It’s completely switched,” Muchow said. “Energy is the top performer in the equity markets. The 12-month rolling basis has been rising by an average $50 million a month for the last two to three months.”

Muchow said it’s not that natural gas and coal are producing more—the increased revenue is all based on price.

“Production of natural gas is only up a little bit, maybe 2% from a year ago,” Muchow said. “The same thing for coal, it’s just up a little bit from the prior year. It’s all price, particularly metallurgical coal.”

Muchow said there hasn’t been a lot of new projects for coal and natural gas based on the current situation. He said both industries seem to be taking a cautious approach.

“I think the industry is a little bit leery because 18 months ago they were really in a hole so they are looking for a longer term price stability which makes a good environment for investment,” Muchow said.

Muchow was asked how a recession might impact the energy markets.

“The energy industry is probably going to feel the effects of recession later than everybody else. I think energy is going to stay stronger longer,” Muchow said. “Eventually it will be impacted by less demand if there is less demand.”