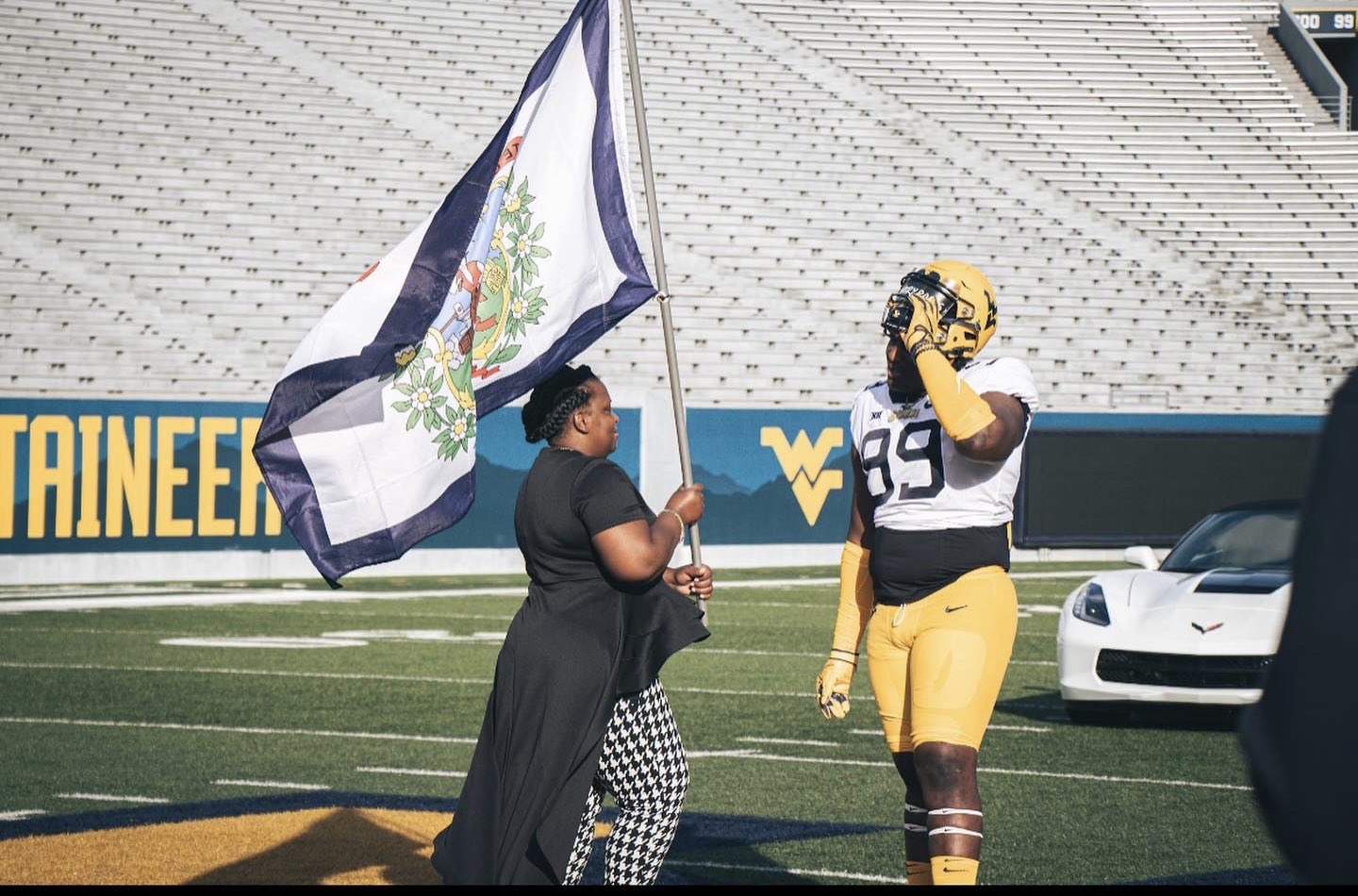 Eamon Smalls visited WVU and committed to become a Mountaineer on Sunday.

MORGANTOWN, W.Va. — A significant recruiting weekend at WVU allowed the Mountaineer coaching staff to secure a pair of verbal commitments to their Class of 2023. Offensive lineman Cooper Young and defensive lineman Eamon Smalls announced their decisions to play at West Virginia after visiting the campus.

Young was offered a scholarship by the WVU coaching staff on October 16.

Hours after Young announced his plans to become a Mountaineer, defensive lineman Eamon Smalls became the ninth verbal commitment in WVU’s Class of 2023. Smalls hails from Beaufort High School in South Carolina and he is the third player from the Palmetto State to commit to the Mountaineers in this class. Beaufort went 12-3 last fall while advancing to the Class AAAA state championship game.